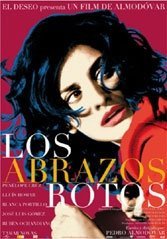 Director Pedro Almodóvar poured so much of his heart into previous films there was nothing left for “Los Abrazos Rotos” (“Broken Embraces”). In place of the usual soulfulness and depth is an $18 million budget (his heftiest to date) and an irksome, tangled cast of characters who panhandle for sympathy but get chump change instead.

It’s a chore to pity uninteresting Lena (Almodóvar’s muse Penélope Cruz). To pay for her dying father’s medical bills she becomes the mistress of much older millionaire Ernesto Martel (Jose Luis Gomez). Envious and trigger-happy, Ernesto makes a predictable benefactor. No surprise, of course, that he enlists his awkward, sexually-confused son Ernesto Jr. (Ruben Ochandiano) to spy on Lena with a camcorder when she snags the lead role in director Harry Caine’s (Lluis Homar) latest film.

Caine falls for Lena, just as Ernesto suspects. Ernesto Jr. catches the developing romance on video but when the elder Ernesto plays it back he cannot hear the lovers’ words, and hires a speech interpreter to read their lips. Lena eventually walks in on the lip reading. It’s a pivotal moment: Almodóvar’s trademark melodrama abandons high art and turns to daytime soap opera for inspiration. Legs are broken, film careers are smeared. In the end Caine and Lena are fugitives, but their survival feels insignificant.

The sub-plot is what’s compelling. Years later Caine is living quietly with his production manager Judit (the sharp, admirable Blanco Portillo) and her son Diego (Tamar Novas). How their present world crumbles when the story of Lena is reintroduced is mesmerizing, a thumbprint from classic Almodóvar that — thankfully — he didn’t scrub away.