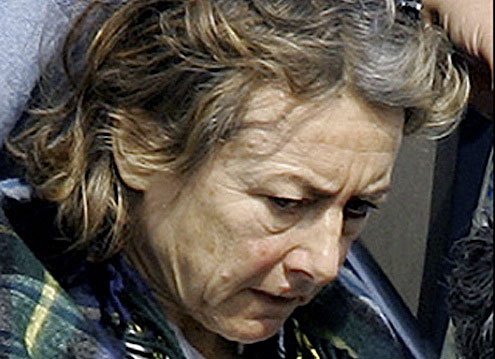 ournalist Giuliana Sgrena thinks someone may have been out to kill her. Typical.

The Americans don’t want to negotiate over hostages, she said. They care little for human lives, she said. Tragic accident? Nonsense, she suggests.

Weak nations love conspiracies. They require them to explain that which they do not control. Conspiracies deify cynicism in its purest form. Accident is chance manipulated.

Italy can be wearying in this regard. In the Cold War years it was all CIA and KGB. Had to be. When clinically efficient assassins abducted Aldo Moro in 1978 they were certainly Russian or Czech. It was the big preying on the small. Had to be.

The guerrillas turned out true-blue Italians, but no matter.

Among the seminal political science text of the post-war is Graham Allison’s 1971 first edition of “Essence of Decision,” which dissects the Cuban Missile Crisis (it was revised in 1999). Allison concluded at least in part that the crisis was exacerbated to the breaking point by misunderstandings and faulty assumptions on both sides. Perspective depend on assumptions, and assumptions hinge on cultural training that depend on bias.

Bad decisions, like good ones, happen fast. Often, the right decision is accident or happenstance; same with the wrong.

Italy is a suspicious country, glued together imperfectly, in which the central state is a recent apparition and its laws wholly secondary to the essential shrewdness assigned to the individual and to the individual’s fundamental protector, the family.

A basic understanding of and appreciation for self-interest, which most Italians share, protect Prime Minister Silvio Berlusconi’s exaggerated flirtations with conflict of interest. Cleverness has nobility that other states award to altruism (or outright deceit).

Italy is a state of suspicion.

Bad deeds are the work of seductive cabals that operate outside the law. Thirty years ago most Italians were shocked at Richard Nixon’s misfortune. A few political misdeeds — standard in the lexicon of European presidents and prime ministers — brought down a gifted American president. Surely dark forces lurked.

The first and second Iraq attacks, the logic followed, were blunt oil-grabs, a theory Michael Moore helped codify in Europe. The ideological purity of the events (their more alarming aspect) did not fit conventional self-interest models.

Bureaucratic societies soaked in the complications of Napoleonic Code have time on their hands: lines are long, permits hard to obtain, social intrigue a necessity to fuel political culture. Italy spends must of its time waiting and chatting, which encourages the assumption that others do the same. This is the essence of Italian parochialism and typifies Sgrena’s remarks.

Why blame over-eager soldiers, perhaps paralyzed with fear, when elaborate gossip and its whispered elaborations are so much more entertaining? True, Sgrena worked for Il Manifesto, the left’s skilled lifeline, but that’s not the point.

Italy is a state of passion whose incessancy is alarming.

Pope John Paul I did not die of a heart attack. He was surely poisoned by ranking cardinals who abhorred his informality and envied his boyish charm (from which Karol Wojtyla would borrow liberally).

Soccer matches are manipulated by conniving referees who tilt the results in favor of wealthy teams from Milan and Turn, at the expense of Rome. Italian doubt has no expression but envy, and envy invariably lashes out, mining justification from scapegoats.

Narcissistic nationalism only dramatizes provincial self-consciousness: The big guy victimized us. The one out there. The one who lurks just out of sight, slighting morale, much as the invisible Tartars do in Dino Buzzati’s masterpiece. It’s about loro, they, them, the others — glib elaborations of a dark side imagined by those who imagine the plotters.

In the no-man’s-land chaos that characterizes Iraq, Sgrena’s car took friendly bullets, killing her chief negotiator. Not pretty or fair.

“The luck gives in first. Luck,” gambler John Oakhurst tells a companion in Brett Harte’s “The Outcast of Poker Flat,” a fatalistic short story of the 19th-century American West. “You come along, and slap you get into it, too.”

But Italy would discard the line. It’s too realistic and gritty, too stoic and resigned. Italy needs theater and masks, or else it makes them up from whole cloth.