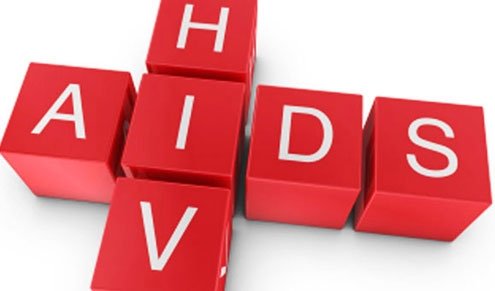 Too often, 21st-century discussion of HIV gets lost in the shuffle.
T

he European economic crisis has made it very hard for young Italians to find jobs. The few available opportunities offer poor working conditions and awful pay. Independent of their educational background, Italy’s youth justifiably feels that there’s little future at home and many are fleeing the country in search of greener pastures. They leave behind an aging devitalized population to wallow in the ongoing political and economic mess.

Lorenzo is 24 with a high school education. He’s a stocky little guy with a permanent sparkle in his eyes. He’s bright, energetic and capable. But for the past few years the only work he could find was as a coat-checker in a mega-disco on the outskirts of Milan. One evening over dinner he asked us if we thought it might be a good idea for him to go job-hunting in the Canary Islands.

I said more or less the same thing: “You certainly don’t want to spend the rest of your life in the coat check room.”

Before heading out on his big adventure he earned a pizza chef certificate. In the Canaries he met a number of other young gay men from Italy and elsewhere in Europe, many, like him, looking for work or escaping repressive home lives. Lorenzo could only find a part time job. He did, however, enjoy a very active sex life. Six month later he returned to Italy and again faced with the uselessness of the job hunt.

After a couple of futile months back, a Spanish friend he’d made in the Canaries – now in London – invited him north. In England, Lorenzo landed a job as a dishwasher in a large Italian restaurant working 12-to-14 shifts. In his rare off time, he took English classes. The most difficult part, he told us later, was enduring the continual homophobic harassment and insults from Italian managers who didn’t seem to care about English labor laws protecting gay people. He and other staff were too frightened and uninformed to report them. Things were tough, but he was still living his big adventure.

Then things got worse. A regular lover from his days in the Canaries, who had assured him he was HIV negative, was not. Now Lorenzo was positive too. While in England his health began to decline quickly. He went to the hospital and was placed on a drug treatment program. But kidney problems produced an adverse reaction to the treatment. After six months we got word that Lorenzo’s big adventure was over. He was back in Italy.

In Milan, Alberto helped him find a specialist. Now, he’s again living at home, looking for work, and doing his best to manage his new health condition and the depression that has come with it.

A few weeks ago Alberto and I were sitting around the kitchen table, joking and laughing with Lorenzo about growing old. I made a quip about hair growing from places it has no business growing from and Alberto described the body parts that now jiggle whenever he moves. I placed my hand on the table next to Lorenzo’s and said, “Just look at my skin. I’m beginning to resemble a spotted lizard.”

Lorenzo pinched the taut skin of his own knuckles, then mine. He said nothing. He just stared while he continuing to pull at the loose skin of my knuckles.

When I was young, I felt invincible and getting old was the furthest thing from my mind. I came to terms with my sexuality in the late 1980s at the height of the AIDS epidemic. At the time, I felt as if I had two choices: I could remain in denial and never have sex or I could have sex and most probably get AIDS. I chose risking death rather than being one of the living dead. Luckily, in one of the first gay bars I went into I met a wise old drag Queen (she’s come up before in my writing) who told me, “Honey, assume every sex partner you have, including your regular one, is positive and allow them to assume the same about you.” She’s probably the reason I can now laugh at getting old.

While it’s true that HIV no longer casts the deathly pall it once did, many young people are behaving as if HIV and AIDS are no longer a concern. I’m sure Lorenzo would tell you otherwise. He no longer feels invincible and at this point getting old is only something he can hope for.