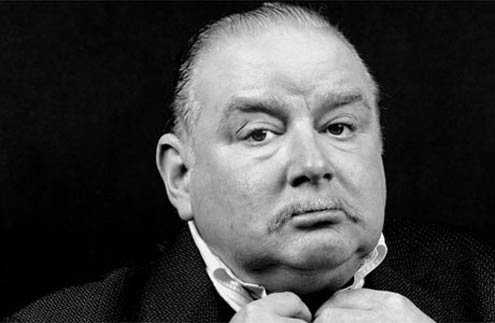 or lovers of London, and of history, summer joy arrives in the form of Peter Ackroyd’s “London: The Concise Biography.” From the foremost mythologer of England comes an intelligently abridged version of his recent and much praised six-volume study of the city. It is deeply colored by its author’s pride in his nation’s capital and its traditions, including the centuries-old Cockney dialect, which is still alive in rhyming games and quips (the third millennium elderly can suffer from “Alka-seltzer disease.”)

Addictively entertaining and informative, “Concise” is packed with maps, engravings, historic citations and keenly revealing anecdotes, some of them quirky. Take Macheath, a knife-wielding criminal and urban legend. A fiction from the popular 1700s “Beggar’s Opera,” years later he was still roundly toasted by the London underworld as its iconic hero.

Ackroyd has an idiosyncratic view of London’s history. A Londoner himself, he sees the city as a complex of ancient templates that, for better or worse, have remained both formative and definitive through the ages (from Celtic relics, to Roman Londinium, and onward to the Docklands).

Not that Ackroyd is terribly interested in today’s London. Much of “Concise” is a rich dig into the past. “I can’t get all that worked up about these most recent phenomena,” he writes.

His chapter on the borough of Clerkenwell reflects his very personal vision. In Clerkenwell, developing industry and radical movements seem to marry and bond over centuries. To this borough’s Green and its winding streets came the first revolutionary Lollards. Centuries later, reformers gathered in what had become an extensive, industrial watch-making center. Decades on, Lenin resided “in the same area where Wat Taylor had led his army of radical protestors more than six hundred years before.”

Ackroyd’s take? That this represents “some kind of communal radical memory.”

For Ackroyd, London is “echoic,” a phrase that itself echoes insistently throughout the book. His look at Clerkenwell’s ancient weave underscores a more general approach, which uses great historical leaps to forge a convincing picture of the city’s lasting, vital characteristics.

His topographical subject soon becomes a truly living organism. “The image of London as a human body is striking and singular,” he writes. In terms of ancient tracts and emblems, “London has been envisaged … in the form of young man.” Its byways “resemble thin veins and its parks are like lungs.”

Unlike most biographies, this work crisscrosses the centuries. The only strictly chronological guide is in the four-page preface. What matters most to Ackroyd are the city’s eternally recurring patterns, whether in the heartland, The City; in inner and further flung boroughs.

But exactly what life forces pulse through these veins, arteries, and lungs? Competition and violence, replies Ackroyd. Often theatrical.

But there’s also a sinister side. “London,” writes Ackroyd, has always been a “metaphor for the market place.” Far from being a charmingly detailed but uncomplicated elegy to his “echoic” city, the book is both a love letter to Briton’s tradition-laden capital and an unflinching look at “a harsh, dark city based upon money and upon power, and upon the sacrifice of its citizens in the cause of capitalism.”

Even so, for these citizens, as for Ackroyd, “London simply is.” And, “London is always the same again.”

His vision of the city is unforgettable.