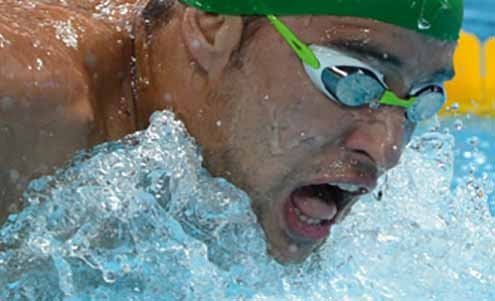 very day someone new makes headlines by being forced to publicly confront allegations of sexual harassment. Even after months of such reports, it seems like only tip of the iceberg. The accused are predominantly men in positions of power, including heterosexuals and homosexuals. In essence, they are bullies who seize any opportunity to prey upon the less powerful and the vulnerable. All too often those around them know who they are and what they’re really like.

Putting the details of specific incidents aside for a moment, it may be time to probe the cultural realities that enable and even encourage sexual harassment. I was reminded of the need this fall when I joined a non-competitive swim group at a private pool in the center of Milan.

The group — I was the newcomer — consisted of five women and 10 men between ages 30 and 60. All of were accomplished swimmers coached by top-notch trainers. I chatted with some of the men in the locker room after practice. They were all well-educated professionals, including lawyers, businessmen, bankers and investors.

Oddly, as I was leaving, I heard one of the men loudly comment on one of the women in the group, “… yes, she has an ass that’s like paradise but a face like a public toilet.”

How tedious, I thought. Straight men trying to sexually arouse each other in the locker room by objectifying women in the most vulgar and disparaging ways. There’s always one in every group. He should be easy enough to identify and avoid but it rarely works that way.

Suddenly, I was thankful I hadn’t been able to convince my friend Rosanna to join the group. I was even more thankful I hadn’t asked my male friend Leonardo to join us, particularly since his mother had suffered from depression until eventually killing herself. I wrote back and said I thought the name for the group and the photo was inappropriate and offensive.

Predictably, I received an onslaught of messages, some just laughing emojis, others inf0rming me I had to accept it because it was una chat goliardica, the Italian equivalent of irreverent locker room or frat house talk.

More specifically, one of my new team members took the time to write the following response (translated from Italian), which he sent all around: “Do we throw him out immediately or do we talk first? Who is this Canadian to come here and teach us how to live?”

This was more than just a few bad actors who though they had license to act and speak boorishly about women. This was an example of men and women accepting, condoning and even promoting a culture of sexual harassment.

I must confess I knew it was only a matter of time before someone saw my ring and asked me if my wife was Italian. Of course, I responded with “my husband is Italian.” Considering their attitude and behavior towards women, I had worried about how they’d respond to inevitably finding out I was gay. That’s how bullying works. It makes you afraid and that gives power to the bully.

In the end, though, my abrasive teammate was correct. It wasn’t my job to teach them how to live. That Monday, I went to the management of the pool and the coach, showed them the messages and told them that I’d no longer be swimming with the group. They were very supportive and found me another group.

As I was leaving, the coach shrugged and said, “We have a lot of men like this in Italy. Think of our past prime minister.”

“The laws may be different in Canada and the U.S.,” I replied. “But there are still lots of people like this. Hey, look no further than the White House.”