Lockdowns to the hungry: Drop dead 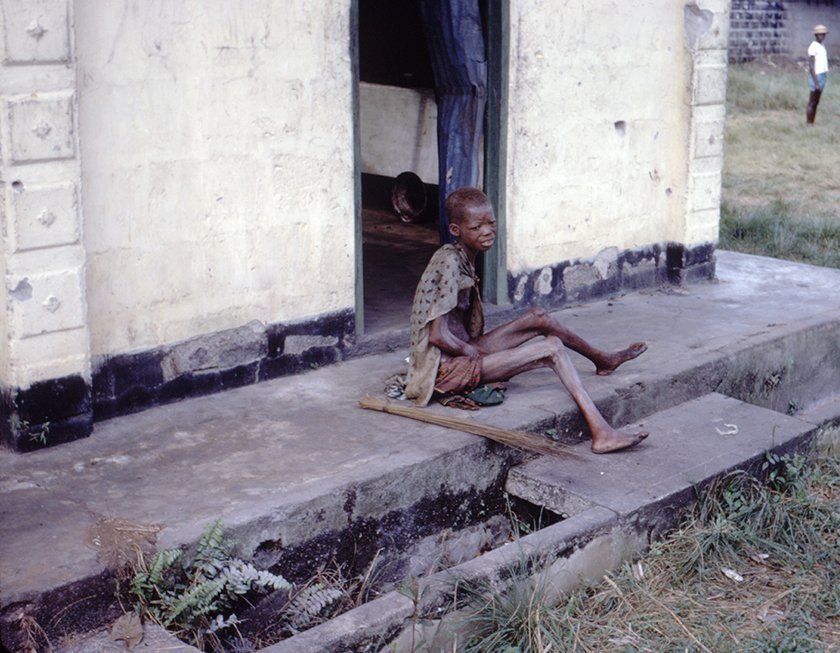 The breaking of the economic cycle, caused by lockdowns, means diminished aid, which may leave tens of millions starving.
O

ne gets large impressions in boyhood, sometimes, which he has to fight against all his life. • Mark Twain, “Innocents Abroad”

Some weeks ago, the BBC reported that a quarter of a billion people will lose their jobs this year. Just before that report, the United Nations begged for some $10 billion in food aid, a record appeal. The UN estimates that up to 265 million people will face starvation before Christmas, nearly all of them non-white, and most of them children.

Both these catastrophes have been triggered by global lockdowns governments put into effect to combat the spread of the coronavirus pandemic. Both of these tragedies were set in motion not by the virus but by the alarmist response to its spread. In saying this I am not splitting hairs.

The virus makes people sick, killing some of them. As of Aug. 9, 2020, the World Health Organization figures showed the global infection rate at just under 20 million with nearly 725,000 fatalities. In a nutshell, about 4 percent of those who have caught COVID-19 have died from it.

A better way to state it might be to say 96 percent did not die. Some have symptoms, some do not; some become mildly ill, others more seriously. But more than any measure of the word “many” survive.

That is one reality. Yet another is that 1.8 million people died of tuberculosis in 2018, almost all of them in the poorer parts of Asia and Africa. Yet another is to note that lockdowns create a lethal domino effect: they ruin peoples’ lives, destroy their jobs, and, as a consequence of these factors, stop financial donations as well as the shipments of medicines and food to the planet’s poor, a group that well outnumbers the population of the United States and the European Union combined (less than a billion).

Western public safety lockdowns basically choke the life out of countries that have no real public health systems to protect them.

The U.S. government passed a $2 trillion aid package to help its “people” deal with the fact that the same government destroyed their jobs to stop the virus. (I put “people” in quotes because early reports suggest wealthy shareholders of corporations are receiving the bulk of these funds.) Both American parties have said yet another aid package is on the way.

In July, the European Union approved a €750 billion recovery package for the same reasons. Time will tell where that money will end up.

I can tell you where it’s not going. Neither package included the $10 billion for the UN to save 265 million people from death by starvation. The UN’s aid request amounted to 1.3 percent of the total European package, and 0.5 percent of the American one. Decision-makers apparently thought those lives weren’t worth this pocket change, or they remained unable to grasp the broader (and awful) effect of their “lifesaving” measures, since those measures addressed only the developed world. Whatever the underlying reason for their myopia, the results will be the same.

Some 400 times the number of people who die from the virus may starve to death because lockdowns halted the flow of food and medicine to places that relied on them daily. The 265 million figure is the equivalent of the entire populations of Germany, France, Italy, The Netherlands, Belgium, Greece, Sweden, and Denmark. The U.S. has a population of 330 million. Imagine please if 265 million of that total had nothing to eat.

You can bet if 265 million Europeans were starving, America would send a check.

The BBC ‘s hunger report came with a misleading headline that highlighted the frequent failure to distinguish between the effect of the disease and that of the lockdowns. It’s why normally level-headed people have come to see the two as one and the same, which they are not.

“UN Makes Record Appeal for Pandemic Fight,” read the BBC headline, making it sound as if the virus was causing the starvation. It isn’t. Again, the stall produced by global lockdowns is the culprit. Bring trade, travel, and commerce to a near halt and you’re all but signing a death warrant to those who can’t get by without basic assistance.

I would love to ask those who exalt lockdowns as essential to saving lives why they don’t value lives “outside their neighborhood,” but I’m not in a position to do so.

It doesn’t help that right-wing extremists, particularly the American variety, have turned the debate over lockdowns into a civil rights issue focused on masks. Stupid people think small.

The BBC headline certainly didn’t help matters. The BBC has enormous reach and it shouldn’t be attributing a worldwide crisis to the wrong cause.

CNN can be worse. The American cable network has from the start harped on death tolls and infection rates, pushing all else to the side. No one gets the bigger picture.

If only we had a tracker that shows the daily death caused by lockdowns and the number of livelihoods ruined.

Ideally, I’d like them to display a tracker that shows the daily death caused by the COVID response – the lockdowns – and the number of livelihoods ruined. Maybe then the screed pouring forth from our television screens and internet feeds will be given necessary context, and those in power will be forced to make decisions better than the ones they have been making in recent months. But I doubt even this will help.

I grew up in America, learning about how the West helped the poor, how after World War II, the great Marshall Plan saved starving Europeans from death and disease, about how America was a giving nation, and how Europe has worked hard to follow in the same giving path.

COVID-19 has shown these nations’ true colors, as they stand now, some 80 years after the war. It is hard, as Twain says, to shake a lesson I learned early in life, namely the belief that these countries pursue a greater good. Clearly they do not.

Maybe the Marshall plan worked because it was a powerful rich white nation – America – assisting a weak, starving white continent – Europe. Maybe the aid wouldn’t have flowed had the U.S. not wanted to rebuild Western Europe to fight communism. I don’t know.