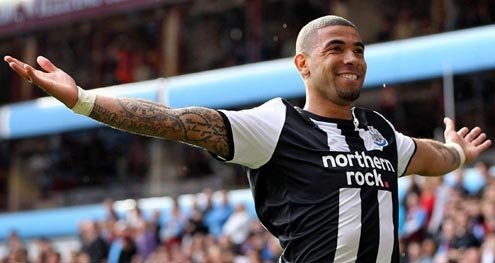 Leon Best, now at Blackburn Rovers and previously with Newcastle United, had three great months (not years) at Yeovil Town.
I

n recent years, lower league clubs across Britain have increasingly become breeding grounds, where young Premier League players are sent out on loan in order to further their professional development.

On the face of things, this may seem a convenient situation for all parties concerned.

Premier League clubs benefit from having players of greater maturity, who might have progressed enough to challenge for the first-team after their stints on loan.

The players gain valuable game time and are in a better position of pushing for a starting berth upon return to their parent clubs. They may have been playing 90 minutes regularly for their youth teams, but that is no substitute for rubbing shoulders with experienced professionals in a more competitive league.

Meanwhile for the lower league clubs, the loan system has become an integral part of surviving in a tough financial climate. They are able to reinforce their squads without having to pay a transfer fee and rarely having to contribute to the loanees’ wages.

Unfortunately, from a supporter’s perspective, there are serious drawbacks. Loans are often as short as three months or even a ludicrous four weeks.

As a lifelong Yeovil Town fan, I have barely been able to keep track of the constant incomings and outgoings in recent years. So much so that I’ve begun to lose some of the interest and enthusiasm I once demonstrated in following the side’s fortunes.

This goes for many supporters of the Glovers, where average attendance has dropped steadily from 6,667 in 2005-06 (Yeovil’s debut season in League One, England’s third tier) to the current season’s tally of 3,831.

For many, the days of visiting the club shop to buy shirts complete with players’ names emblazoned on the back are a thing of the past. After all, the shirt could be outdated within weeks or even days, since parent clubs can recall loaned players at the drop of a hat.

Indeed, at this rate, no 10-year-old fan will ever be able to repeat the feat of Gordon Ottershaw’s son in Michael Palin’s 1970s TV classic “Ripping Yarns-Golden Gordon,” who learned the names of all 11 players of his father’s favorite (but comically dreadful) team by heart long before his birth. Gordon struggles through six years without witnessing a single victory. These days he might loose the will to follow an ever-changing side.

The logic is quite simple. True supporters generally devote themselves to their clubs for long periods, if not for life, and as a result shower immeasurable appreciation and respect on players who reciprocate that loyalty by staying on for years on end.

That’s not to say all short-term loanees are incapable of endearing themselves to supporters.

Yeovil fans still look back with great affection on Leon Best’s three months at Huish Park between November 2006 and February 2007. Despite being called to Southampton for the final part of the season, his 10 goals in 15 matches in Somerset were crucial to maintaining the promotion push in a campaign that culminated in a playoff final defeat to Blackpool at Wembley.

Tottenham’s quartet of Steven Caulker, Andros Townsend, Jonathan Obika and Ryan Mason are also remembered for the positive impact they made while on loan with the Glovers.

The problems arise when a club becomes dependent on loan players. Much rests on the strength and breadth of a manager’s contacts in order to keep the cycle going by replacing one loanee with the next, making the best of an unstable situation.

But even if a manager promptly brings in a new man, there is no guarantee he will bolster the original squad. Some loaned-in youngsters, including those from large Premier League clubs, fail to make the grade at all.

Others have used loan spells as springboards to bigger and better things, very noticeably Steven Caulker, who has started in defense for Tottenham this season and scored in his England senior team debut against Sweden in November.

But for every beneficiary there will be a loser. One need only look at Caulker’s Spurs teammate, striker Obika, who doesn’t look like ever making the first-team, having returned to White Hart Lane after eight separate loan stints of varying success over a three-year period.

The loan system as we know it today depersonalizes clubs. It casts a large share of supporters, and players, into a football wilderness.