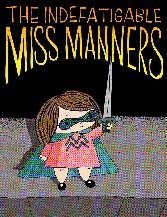 Stop kicking the table! Do you want to go to your room?
D

o you remember your mother saying, “If you can’t say something nice, don’t say anything at all”? Did she ever recoil when you dressed up in white shoes in winter? According to Judith Martin’s “Miss Manners” (which I saw while reading “Peanuts” the other day — and a wise and wonderful comic strip it remains even now, in reruns), one may only wear white shoes between Memorial Day and Labor Day.

I wondered, “Who makes up these things anyway?”

The way fashion is going these days, you could show up in a fishnet tank top and miniskirt to meet the queen and no one would bat an eye.

But of course, there’s always your mother’s voice saying, “You’re not going out in that, are you?”

My own mother actually pushed a handkerchief down in my first low-cut formal saying that it really needed a “little dickey” (as they were called, please don’t ask me why). She was petrified of cleavage, clingy mini-skirts, and see-through blouses. What would she think of kids today?

Don’t fidget at the table.

Don’t blow your nose at the table.

Don’t sing at the table.

Get that milk carton off the table, get a pitcher.

Stop kicking the table! Do you want to go to your room?

These reminders keep popping up throughout my life in strange ways. The other day in an exercise class in France, I heard a sultry singer on a CD crooning a little song quietly. By the end he was practically yelling. The song was about… what else? The dos and don’ts of childhood and how you’re expected to behave as a certified grown-up.

The gist of the song was that if you mind your manners, obey your parents, study hard and do everything right, when you grow up you can gain revenge by indulging platters of patisserie, cheese and mountains of chocolate; you can leave your clothes on the floor when you please; you can not answer the door when you’re tired of people dropping in; you can loll around all day doing nothing and even say something really, really evil to those who deserve it (and those who don’t). Of course, you have to accept the consequences, but you’re an adult, which means dealing with consequences is feasible.

The song made me think if my own favorites. I run with scissors, for example (walk, Suzanne! Point down!).

I eat fried eggs on a glass plate (French Arcroc, unbreakable) and instead of using toast, lick up the last bits of lovely golden buttery yolk with my tongue. Imagine what your mother would say to that one, especially if she loomed on the other side of the plate.

I also gave up wearing underwear when women burned their bras (but what if you have an accident? What will people think?) No matter that you’re covered in blood and barely conscious, you’ll have on panties that say “Wednesday” when it’s actually Thursday! Well, they had better be spotless, young lady, because you never know, you just never know.

The Boy Scouts’ motto ruled us, “Be Prepared.” We had to be prepared for all potentially embarrassing events. So I learned it all. But I also learned that breaking rules can be delightful. If you can manage.

Just yesterday, I was about to leave the milk carton next to me while I had my breakfast when I heard my mother chime in loud and clear.

“Just what do you think you’re doing?” she said.

“Growing up, mamma, just growing up.”