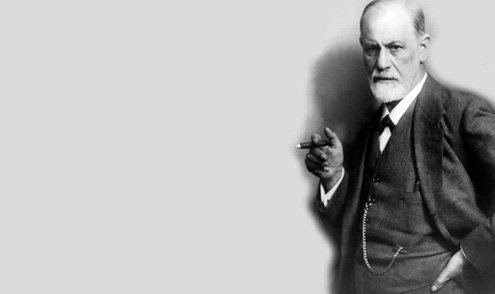 ast month I wrote about Sigmund Freud’s blinders in his approach to the Oedipus myth. But there’s far more to Freud than this.

Freud began his career as a clinical neurologist treating patients with bizarre physical symptoms. Hypnotism was a new clinical tool. In Paris, Freud studied under pioneering French neurologist Jean-Marie Charcot, and it was Charcot who convinced him that these unusual symptoms were psychological, not neurological, since they’d disappear temporarily under hypnosis.

Further proof came when Freud returned to Vienna. As part of a process known as suggestion, Freud colleague Josef Breuer asked patients under hypnosis about their first recollection of a symptom. The memories often erased the symptom itself. This seemed a promising technique in treating symptoms of what was then known as conversion hysteria.

But not all patients were easily hypnotized. Freud decided to attempt suggestion outside hypnosis. He’d press the patient’s forehead and ask them to remember when their symptom first appeared (no, he didn’t think he had power in his hands). The approach worked until Freud met outspoken patient Frau Elizabeth Von R, who grew irritated with him. “If you’d stop asking me all these stupid questions and just let me talk, I’d get there myself!”

How did the old-fashioned male chauvinist patriarch react? By listening. That was a rarity in 1899. Few enough doctors listened to their patients. They didn’t then and they don’t now.

Freud encouraged Elizabeth to talk, and she did, apparently at random. But after reams of speech she eventually came to the source of her symptom. The rambling gave Freud his most valuable technique — free association: observe what you’re feeling and thinking and say whatever comes to mind. Discard nothing that seems irrelevant, embarrassing or stupid.

Behind this discovery were fundamental and implicit theoretical premises. What a patient says is important. It is never stupid. Nothing is random — everything has a cause. Symptoms, behavior, discourse and feelings all have meaning.

Freud discovered that by listening to his patients’ communications as if they had meaning, seemingly random ramblings began making sense. Patients made their own incredible discoveries. Their wanderings often evoked the past or reflected memories of the past, as if it existed in the present. Relationships played a central role. More deeply troubled patients often stumbled on vivid memories of severe trauma, often sexual, so dramatic that the patient seemed to relive them in the sessions.

The essence of any scientific theory is deciding what’s relevant to the observation process. When Galileo dropped stones from the Tower of Pisa to see whether heavy stones fell faster than lighter ones, as Aristotle had written, his observation of material objects and their movements was based on applying a theory relevant to physics. This defied his university colleagues who believed only the writings of the ancients was relevant. Aristotle was wise so he must be right. In his book “The Hedgehog, the Fox and the Magister’s Pox,” science historian Steven Jay Gould said the approach typified the kind of Renaissance science Galileo resisted. It took centuries for scientists to trust their own observations — let alone dirty their hands with stones.

Physicists have produced various hypotheses to explain their observations, whether speculating about the earth being at the center of the universe or advancing the planetary model of atoms. Some hypothesis were eventually rejected, others not. The hypothetical explanation of the Oedipus complex was no more essential to psychoanalysis than now-discredited hypotheses on the earth’s central position in the universe were to physics.

Freud eventually — and regrettably — succumbed to the prejudices of his time, concluding that respectable gentlemen were incapable of committing the atrocious acts his patients relived in treatment. Doubly unfortunate was that while he was willing to listen to Frau Elizabeth, he was far less inclined to hear out his students, rejecting anyone who diverged from his tenets. Generations of psychoanalysts were trained in this hierarchical way, and the study of trauma was set back almost a century, despite brave souls like Hungarian Sándor Ferenczi, who broke with Freud in believing the sexual abuse tales of his patients. He wasn’t alone in disagreeing with his often-authoritarian master.

But Freud’s explanatory hypotheses, however flawed, did not define his new human science. Listening to the patient was paramount, as was acknowledging the vital role of relationships. It was imperative to accept that what a patient felt, experienced, and insisted was meaningful and important was important — even when it didn’t seem to be.

This is Freud’s lasting legacy. We no longer believe that earth is the center of the universe or in the planetary model of the atom. But physicists are still physicists in that they observe objects and phenomena in the world. We don’t have to believe in the Oedipus complex, the oral stage or the id to remain within the psychoanalytic tradition. Science goes forward with new explanations. As Hippocrates said, life is short, the art long.