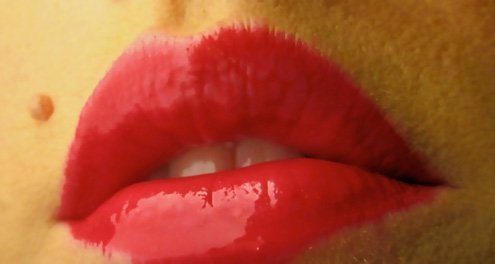 ucky me. I’m kissing a girl with blood-red lipstick who’s pinned against an airliner bulkhead while the man in the back tries to disarm the bomb. But wait, look, there’s the dreadlocked rat. It scampers out of the device and down the aisle. The bomb man orders me to leave the buttery girl and catch the rat. I do as I’m told. “It’s cold outside,” begs the rat in its own defense as I try to thrust it from the plane. It holds bank notes. Then the device explodes. The girl and the rat are laughing.

Complicate input — a financial crash, say — and the brain plays with matches. The talking head won’t stop. Freud had sexual explanations; Jung chose alchemy. Epicurus thought piece of mind emerged from friendship and a decent meal. Then again, he was his own news cycle.

Digging for dream clues is news archeology for dummies. Dust off a day’s bold-faced resonance and an outline emerges. Night’s warped mythology snacks on the high notes.

Ryan Detrick got me going. Young Mr. Detrick (I presume he’s young), a stock market strategist at Schaffer’s Investment Research, gave The New York Times a storm-tossed interviewed “moments after the initial plunge,” as the paper put it. Everyone, he announced, was confused. “When that happens, you get selling, you get panicky, you get selling.”

Selling, yes. I got that part.

Next came Kevin Connelly, the veteran BBC analyst. Connelly went nuclear when the U.S. House voted down an economic rescue package with figures too high for anyone to fathom, let alone explain (think Herman Kahn’s overkill). The “pessimistic assessment” of the consequences, Mr. Connelly wrote starkly, “is almost too frightening to contemplate.”

Ok, Kevin, but can you be more specific? Four words did the trick: “An age of catastrophe.”

Adding to Kevin was Jim Cramer, who does television, which I do not watch. He also does words. “If this doesn’t work,” said the Connelly-like Cramer, newest friend to Armageddon, “we’re going to have Great Depression II.”

Kevin and Jim built my dream bomb. At least in part.

My girl, meanwhile, is behind Door No. 1. These days, Sarah Palin is the only woman effectively connected to lipstick and the Great Depression II. She lingers.

But why stop there?

“This,” added Frum, letting the word “this” drift for effect, “is a moment of real high anxiety, a little bit like 9/11, when people look to Washington for comfort and leadership and want to know that people in charge know what they are doing.”

High anxiety, 9/11, the throes of throes in thrall — what else could a bad dream want? (“You get selling, you get panicky, you get selling.”)

“Through much of this crisis,” said CNBC President Mark Hoffman, “fear has beat greed silly.”

The bank of metaphors needs no rescue. “It’s like a fire,” said Emmanuel Soupre, a fund manager in Paris. He then discovered disease. Action was necessary, he added, “to avoid an irreversible contamination of the entire economy.”

But the most extraordinary let’s-make-a-nightmare remarks came from usually lucid source, economist Paul Krugman. “Indicators of financial stress,” he wrote in his New York Times column, “have soared to the equivalent of a 107-degree fever, and large parts of the financial system have simply shut down.”

His next line blithely ignored the medical death sentence to give doom more elbowroom: “How bad is it? Normally sober people are sounding apocalyptic.”

Pot calling the kettle black? Self-parody? All in a night’s work.

After a while it doesn’t matter which crisis is under scrutiny or which is winning what Bela Lugosi beauty pageant. What counts instead is its inevitability. It’s the “real time’ fulcrum around which all broadcast emotionalism rotates expertly.

Mr. Hoffman, who milks all this for a living, is rat and disarmer both. When you don’t have hot news, TV turns cold. Nothing doing in cracks and crevices.

The girl with blood-red lipstick is my guilty pleasure. Up high and against a bulkhead rules get broken. Dream kisses suspend you inside Brenda Starr’s private bubble. You’re in a tunnel until you wake into the other end.

Turn up the volume at your own risk, whereupon the next night bomb starts ticking.