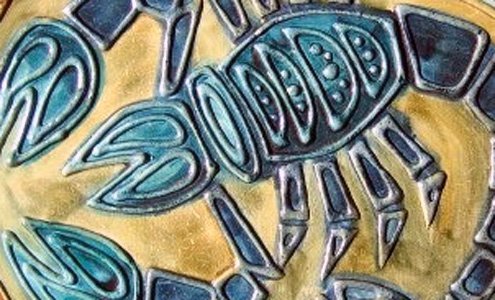 Language is handsome. Handsome has elbow room’s lineage. In the 1400s markets and guilds flourished. The expensive earned a public framework and cultural worth. “Handsom” meant “easy to handle” or “malleable,” its social translation suggesting the affordable and the manageable. The manageable in turn evolved into the desirable, the good-looking — a steal even. That which was easily handled was handsome, and later dashing.

Language is dashing. “Dachier: was old French for forward impulse. As social velocity increased, so did spiritual reservations: “dachier” developed into the English “dasshen,” or life lived in haste. Too fast and all was broken, “dashed.” Just right, or properly paced, you got handsome’s equivalent in spirit: Man of action; man of quickness; Renaissance man.

Years have challenged me with too many words, and sentences with too many constructions. By now I know their tricks. No one today speaks for all verbal calculus. Language, Webster’s says cagily, is not just about words but also “the methods of combing them used and understood by a community.”

Communities shift combinations and emphases. Once reserved for one-time calamities, “disaster” has “morphed” (a new-age verb) into a repetitive plural applied to the day’s worst event, or events. Not a day passes without a disaster, not an hour. The unwanted is disastrous just as all that impresses is awesome. Scale is irrelevant.

The English I grapple with today, and which tangles with me, is a data stream eager to mimic integers, to honor prosaic bytes, to play fast and loose with science and scholarship without parsing either.

“Process.” No longer hitched to the scientific method, to “process” is now to think. Thinking alone is insufficient and reflection antique. Faced with a dilemma or new information, the English-speaker must “process” a response. As in, “Give me time to process that.” In 1958, a nerdy robot spoke that line; now, we are they.

“Multiple.” In the 1960s, multiple nuclear warheads (imagine a sinister cylinder) threatened total annihilation (not “totally threatened,” just threatened). No longer. “Multiple” is the new all-purpose “many.” “Many” is dull and unexpressive while “multiple” apparently better suits hardware, software, platforms, upgrades. “She had many lovers,” no; “She had multiple partners,” yes. Farewell, my many.

“Reference.” No longer a manual (reference book) or an allusion (reference to), the noun has gone totally transitive. You don’t “check,” you “reference.” It’s the “mechanical music” Ezra Pound once disparaged. Example: “I need to reference the details before even begin to process the fact that she may have had multiple partners.” Don’t try this at home.

“Unique.” From the Latin “unicus,” kin to “sole” or the French “seul,” alone, it means what it says — or should. The word derives from the sun’s place in the Ptolemaic universe, which is to say absolute, of itself, non-sharable (hence, Roi Soleil, “Sun King,” peerless one). Would you say, “He’s the very sole character in that play.”? No. Then why “very unique”? Unique’s a perfect 10. Why mug the superlative with modifiers? What’s the point of perfect, or imperfect, if nibbling trims the 10-score?

“Multi-tasking.” Multi, many, added to tasks; simple, no? But why not the more impressive, “I can do many things at once.”? The answer is the rushing rage for abbreviation, today’s “dasshen.”

Language never sits still. Elbow room is its game face. It contains the underworld of Dis and the overheated overhead of the astral. It tasks itself with the latest vernacular, which, not to be denied, may be referenced in multiple ways and, with luck, lead to totally interesting if not extremely unique results. Outrageous, you might say.

Now try figuring out where subtlety fits in.