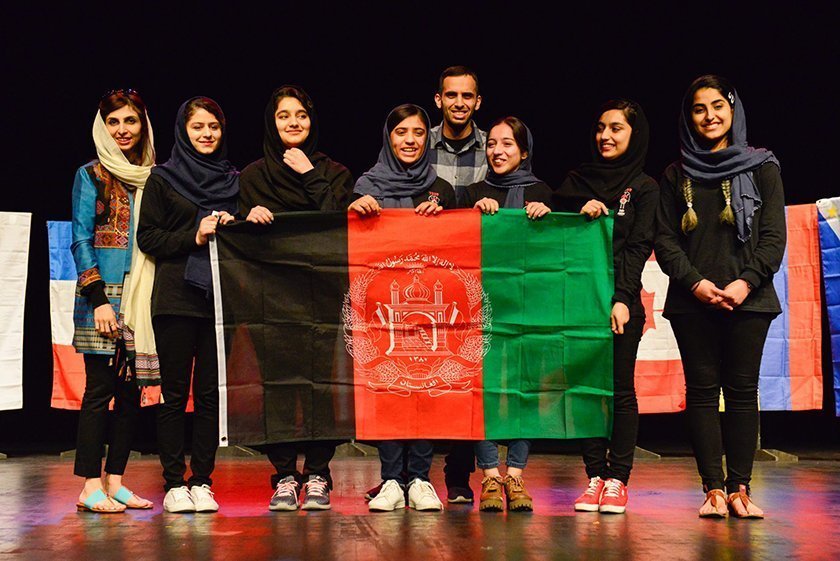 fghanistan, as you might imagine, is in a tough spot these days. It has of course been in a perpetual tough spot for more than 40 years. But things seem particularly bleak right now. Violent terrorist attacks by the Taliban are rising in number, political leaders have been locked in a months-long struggle to decide who will assume power, and the peace deal with the United States, barely two and a half months old, is on life support.

Making matters worse, the U.S., unsuccessful in resolving any of these issues, decided in March to cut $1 billion in economic assistance as a means to punish Afghanistan for its political impasse, ignoring the fact that the failure of American policy quite plausibly caused this impasse in the first place. To top it all off, the coronavirus outbreak is gaining steam. Confirmed cases are accelerating on an almost daily basis, some spread internally and some brought by refugees returning from Iran. The outbreak has simultaneously brought both the flailing peace deal and the country’s primitive public health system to the verge of collapse. Tough times indeed.

Given this unfortunate confluence of factors, it is hard to imagine that hope still persists anywhere in the country. But the Afghan people are among the most resilient you will ever meet. And faint glimmers of hope still flicker, as if to beckon a bright future — if only people would pay attention. One such glimmer is represented by the members of a small all-girls robotics team, now using their formidable skills to make ventilators from old car parts to assist their fellow Afghans.

Known as the “Afghan Dreamers,” the team consists of 15 members between the ages of 14 and 17. The fact that the team exists at all is an indicator of the immense progress that Afghanistan has made over the last 20 years in extending the rights of women and girls. Under Taliban rule in the 1990s and early 2000s, women were cloistered in their homes and girls were prohibited from attending school. Now they are studying engineering and building robots.

But the Afghan Dreamers do more than just exist. They excel. In the summer of 2017, they traveled to Washington to enter the First Global Challenge event, an annual robotics contest meant to encourage young people to pursue careers in science. With teams from nearly 160 countries participating, including those from the major scientific powerhouses, one might expect that a team from Afghanistan would be a nice also-ran. Instead, the Dreamers were awarded a silver medal for courageous achievement, garnering international recognition and accolades.

Later that year, the team won honors at another international robotics competition in Estonia and followed that up in 2018 with a first place showing at an international entrepreneur challenge in the United States. Since then, numerous other international achievements have piled up, too many to list here.

Even with this global achievement and recognition, the girls remain grounded and rooted. Roya Mahboob, the team’s founder and a tech titan in her own right, calls the members of her team “the real heroes” who only want to “help our people and our community.” So when the governor of Herat, where the team is located, issued a plea for more ventilators to help deal with the burgeoning crisis caused by the virus, five members of the team sprang into action.

Using their training, education, and international experience, the girls set up operations in a mechanic’s shop in downtown Herat. In their makeshift research and development center, they are working to design and build a ventilator using such old windshield wiper motors, bag valve masks, car batteries, oxygen pumps, and numerous other automotive cast-offs that most of us never think twice about.

Getting to the workshop can be a challenge, as they have to skirt police checkpoints.

According to team captain Summaya Faruqi, 17, the team conferred with medical doctors and respiratory experts on the design and production, incorporating the medical advice into their work. Guiding the two prototypes under development are an open-source blueprint of a gear-based ventilator, downloaded from the Massachusetts Institute of Technology, and an electric system based on the motor of a Toyota Corolla, a make that is curiously ubiquitous in the country. In each case, the team is adapting the designs so they can be made using local materials, itself a major hurdle.

To be sure, other significant challenges remain that must be overcome before any of these designs are produced, let alone used to treat actual patients. Materials, even local ones, can be hard to come by, social distancing rules limit the time the girls can devote to the project, and ventilators are complicated machines to build. Even getting to the workshop can be a challenge, as the girls live outside city limits and have to use back roads to skirt police checkpoints set up to enforce the lockdown, often switching cars to cross into the city. These things, though, can be overcome by the ingenuity and creativity of the Dreamers.

A harder challenge, and one perhaps more worrisome, is that political leaders thus far remain skeptical. A Public Heath Ministry spokesman in Kabul recently commented, quite unhelpfully, that the ministry “has no capacity to precisely examine” the team’s ventilators and that it “cannot endorse this proposal.”

But even the ministry cannot quibble with the need for what the girls are designing. With just 400 ventilators for a population of more than 37 million, Afghanistan was deficient in ventilators even before the current outbreak. Confirmed cases of COVID-19 have now topped 5,000 and are showing no signs of slowing down, meaning the country will soon face an acute and severe shortage. Herat itself, one of the hardest hit areas in western Afghanistan, has only four old, poorly-working ventilators at its disposal. Given that ventilators cost $30,000 to $40,000 on the global market and only a few have been donated, the Dreamer ventilators, expected to cost just $300 each, would be literal and figurative life-savers.

And so the girls carry on. They hope to have working prototypes ready by June. The prototypes would then need to be approved by respiratory specialists, checked by Herat regional health officials, tested by the national Public Health Ministry, and then given a blessing by the World Health Organization. One can only hope that when the prototypes are ready, which they no doubt will be, the relevant authorities will let the enthusiasm and determination of these girls be their motivation and not drag their feet.

The Dreamers are clear-eyed about the challenges ahead, and no less so about their mission and purpose. “The world is facing a health crisis,” Faruqi said recently in a media interview. “The world is suffering from a shortage of vital medical equipment for the fight against the pandemic, including respiratory ventilators… If we save even one life with our device, we will be proud.” Further exemplifying the spirit and dedication of the team, Fauqi speaks with wisdom beyond her years. “Afghans should be helping Afghanistan in this pandemic. We should not wait for others.”

There are many stories similar to the Dreamers across Afghanistan. According to press reports, no less than five other student teams are working on building inexpensive ventilators. And other teams work on Afghanistan’s numerous other problems. Collectively, the Dreamers and their peers are the country’s true stories of grit and resilience, the glimmers of hope for the future. It is time for their leaders to put their differences aside, recognize these glimmers, and tend them into brilliant beacons of light.