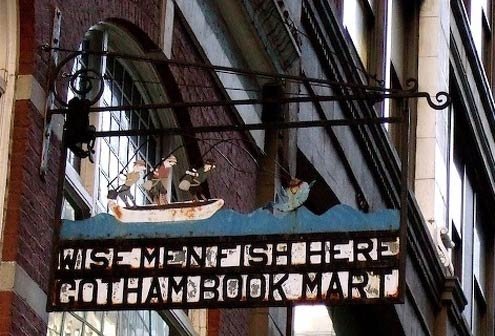 eing defined by the work you do is a global commonplace. Consider how many times the opening question at a party is, “So what do you do?”

It may not be the most charming way to begin a conversation but it does get straight to the point. And it’s certainly better than the proverbial alternatives, including favorite sports teams or meaningless small talk about the weather.

It makes sense. We spend so much of our waking lives working. The following is a brief breakdown of all the jobs I’ve had in my 38 years on the planet.

Age 12: Paperboy. An elderly acquaintance of my mother’s would pick me up before dawn on Saturday in a beat-up blue van and we’d make the rounds of the local old folks’ homes.

Age 13: Busboy. My waitress sister got me a gig at the frou-frou restaurant she worked at. Everybody in the place was perennially uptight (cocaine?) Dish throwing was a weekly activity in the kitchen. But the burgers were great.

Age 14-15: No job title. After school, I straightened up a local carpet store. (I also wondered for the first time about the origins of the term “carpetbagger.”)

Age 15: Dishwasher. I was hired as a dough-roller but quickly demoted to dishwasher in a family pizza restaurant. (Yes, demoted.)

Age 16-17: Pizza guy. With a driver’s license it was easy to get a job delivering pizza. Perks: free food, weirdo co-workers, and getting to listen to my own music in the car. Valuable lesson learned: car salesmen are jerks.

Age 18: Maintenance man. While ostensibly studying art at university I worked two nights a week cleaning floors in the Fundamentals of Art building (which I incidentally almost burned down during an experimental “event.”) A year later I got promoted to the biology department, which stank of formaldehyde. I began reading Edgar Allan Poe, who felt oddly relevant.

Age 19: Pizza guy II. Left school out of boredom and went back to delivering pizza while wondering what to do with my life.

Age 20-21: Bookseller I. Exhilarated by my newfound freedom as a college dropout, I moved to New York City and got a job at the historic Strand Bookstore on Broadway. My colleagues were dropouts, squatters, junkies and artists. The management routinely referred to us as “bodies.”

Age 22: Unemployment. After I quit the Strand I applied for — and got — unemployment pay from New York State. I applied for food stamps as well, but was turned down because $125 a week was “above the poverty line.”

Age 24-29: Bookseller III. Bookstores were giving me the education I denied myself at college while busy flirting with arson (see “experimental event.”) Books replaced music as my great passion. I apprenticed myself to a Joyce scholar who encouraged me to read “Ulysses” without bothering to wonder whether I was understanding the book (excellent advice, by the way). I schmoozed with Drew Barrymore, Edward Gorey and Arthur Miller at the now-defunct Gotham Book Mart. I also insulted Harvey Weinstein and Tom Verlaine there. My dream fulfilled: I had become a bona fide New Yorker.

Age 29: English teacher. My first experience teaching English as a foreign language came in a so-called “Method” school in Rome. Our job was to bark questions at students in English and help them “answer” by talking over them. Not the best introduction to the field.

Age 30-36: Bookseller IV. By this time I felt I had finally become a career bookseller. I spent the next five years in Rome with that rarest of all Italian birds, un contratto a tempo indeterminato, basically an unlimited work contract, helping Italians to broaden their cultural and linguistic horizons (or so I imagined.)

Age 38: My own school. Tired of working as an itinerant teacher, I took a gamble and opened my own small language school in an economically unstable time. Time will tell whether this was a smart move or whether I would’ve been better off sucking it up with little or no future prospects. But hey, you only live once.

My 11th-grade art teacher, a man with the improbable name of Mr. Smith, once told me I had no trouble scrapping my work and starting over from scratch. At the time I wasn’t sure if he intended it as a compliment, but I suspected it was. Whether I knew it or not at the time it has proved advice to live by.