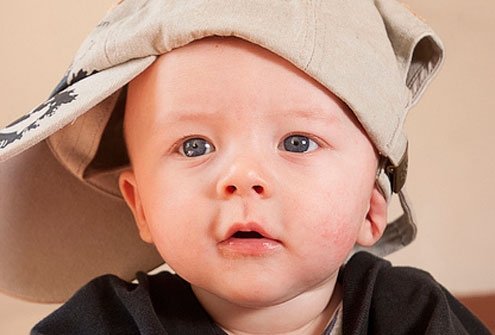 here are days when I feel like a salmon swimming upstream. Trying to do anything by the clock with two small kids is useless. Do I want to be on time? Of course I do. Am I? Not necessarily. The wildcard — one of two — is Lorenzo, my three-and-half year old son.

I’m in charge of dressing him every morning based on whatever the school has on tap on any given day. But here’s the thing: whether he has gym class, music or art, Lorenzo is all about sweatpants. It’s as if he’s a rapper on the side — call him L-Boy — and rappers never know when they might get a gig.

That’s fine until there’s a dress-up event (a concept L-Boy finds useless). Playing baby Jay Z doesn’t necessarily cut it at an Italian baptism or birthday. Which begs the question how you tell a kid about the difference between formal and informal, or, more to the point, explain that formality exists (or can from time to time). For me, it’s become a subtle exercise in psychological warfare. On one side is L-Boy and his beloved sweats; on the other is big bad Dad trying to persuade his son that the gangsta look might not go over well.

L-Boy plays the deflecting game to perfection. “My sweatpants are so nice, and whenever I need to pee I can…” This is when he pulls down his sweatpants to show how he can swing into action instantly.

I know, I know: you’re never supposed to laugh at your kids when they’re showing off their prowess. But I couldn’t stop myself. Was I up against a maniac dwarf or a “Full Monty” parody?

L-Boy has his own troubles with the concept of time. He knows, for example, that dinosaurs are gone (much to his chagrin, I might add). But that doesn’t stop him from telling me that dinosaurs caused the stretches of broken or uneven pavement we find when we’re walking in Rome. He’ll also tell me potholes in the street are their footprints.

Up to a point he’s right — Rome streets and pavements probably haven’t been fixed in millions of years (maybe that’ll happen before the next Ice Age).

Though L-Boy has memorized the days of the week, he’s also established that it’s always Saturday or Sunday, or playtime. The weekend means scouting dinosaurs and playing with his father, mother, and little sister.

Not only is L-Boy a rapper, he’s also a transgender rapper. He knows he’s growing up, but he also insists that when he was smaller he was actually a girl, like his sister. Maybe that helps with fans.

Getting our undivided attention means resorting to all kinds of tricks. For example, he’ll suddenly want to eat from his high chair. Once he’s locked in, he stops talking and flays around whining as if he’s reverted back to his baby self. It’s a show (and a free one), but it’s also exhausting. In his various Kafka moods he’ll transform himself into a dog, which means we’re all regaled with bow-bow sounds.

Lately, he’s been pressing to know more about death. We were playing one day when he suddenly asked me, “Dad, will you die?” That hit me like a cold shower, but I didn’t miss a beat, or too many beats: “Yes, kiddo, but Daddy will die only when he’s old, at least that’s what he hopes.”

It was very different story when L-Boy asked my 71-year-old father the same question. My poor father was so traumatized he shut up for week and nearly ended up in therapy.

L-Boy has apparently worked out his own mortality scenario. When he dies he wants to be with Mommy, Daddy, and little sister along with his favorite green toy car. Seeing a kid his age go on about death can make you sad, but the truth is that curiosity about death and dying is a rite of passage. Plenty of L-Boy’s friends have raised the same question with their parents. Death is the big unknown, with L-Boy sounding like a fan of Italian novelist Giacomo Leopardi, a serial pessimist.

L-Boy often helps out when I’m cooking (rappers need to eat). If I’m making chicken or fish, he’ll ask me why the animal isn’t moving. He plays with stuffed animals, but here we are cooking animals to eat. He obviously gets the paradox.

As for time, L-Boy isn’t alone in his confusions. Every morning my wife and I seem like two firefighters dealing with a two-alarm blaze. Except that the fire lasts until bedtime.

Making healthy but simple meals becomes a necessity when the day goes by so fast. I recently learned to use a pressure cooker (an apt name) for vegetables and cereal dishes. It’s quicker and maintains flavors. This recipe goes out to parents with their own L-Boys, and girls.

— In the pressure cooker, make a sauce from carrot, onion, and celery.

— Pour in a little white wine and add the lentils and spelt.

— Stir briefly and add the garlic and tomato.

— Soak in water (water level to 4 cm above the lentil and spelt mix).

— Close the cooker and wait for the whistle.

— Cook for 25 minutes from the first whistle.

After that, let out the steam, check the mix, and add salt to taste.