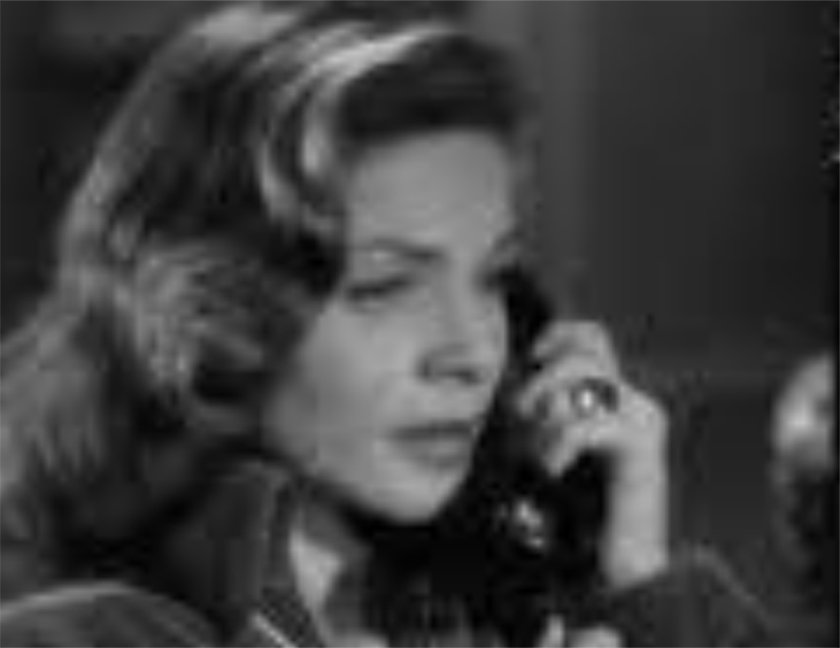 But she didn't have to deal with country codes...
T

oday I’m here to address a life-long fear I’ve carried with me from year to year, from country to country, from brand to brand: my fear of phones.

Let me start at the very beginning.

In my mind, the root of the fear stems from growing up between two countries and my early-onset exposure to the terrifying concept of country codes. For whatever irrational reason, my brain rejected their logic, which to most brains is obvious. To this day, even as a college graduate, country codes are a riddle wrapped in an enigma I want nothing to do with.

For those of you who aren’t familiar with the country code concept (lots of modern software does without them) or are similarly daunted, let me explain how they work. In theory, the country code is a prefix you dial to let the Great Phone Brain (GPB) know which country you wish to reach (warning: there’s a 60 percent chance what I’m telling you is all wrong  so please fact check me). Unless you include the country code, the GPB doesn’t know what to do with you.

Every time I prepare to dial, however, doubt rises up within me. Do I need to dial the number of the country I’m trying to reach or the one that I’m in? If there’s writer’s block there’s also phone block.

What if the person I’m trying to call has an Italian mobile phone number but they’re in the United States and I’m calling from Italy? Also, do I need to dial country codes when calling mobile phones or is it reserved only for land lines? Does it change anything if I’m calling from a landline or my mobile?

I can already hear my mother’s disappointment learning that all her efforts to school me in correct dialing techniques were futile. I have never and will never understand country codes, and the sooner the GPB becomes omniscient, the happier I’ll be.

The country code is a prefix you dial to let the Great Phone Brain know which country you wish to reach.

For now, I rely on all kinds of software bypasses and apps such as FaceTime and WhatsApp. They’re wonderful for country code-challenged dialers. Tell them the country and city and they do the rest.

In a pinch, I’ve gone so far as to send texts reading, “You can call me now.”

Wasn’t it Thomas Edison who once said, “I have not failed. I’ve just found 10,000 ways to dial incorrectly”? I remember sitting on our Milan apartment couch, cordless phone in hand — I was about 10 at the time — trying every possible prefix combination before finally reaching my mother in the United States. Those attempts taught me that if I tried dialing her Italian number from the U.S. without a country code I could end up calling the local carwash.

I also know that human operators still exist (outing myself as a Millennial), but that’s only because I’ve been transferred to them many times when the GPB realized I had no idea what I was doing.

Luckily (very luckily), I’ve rarely had to reach a parental figure in another country during an emergency. The one time I had to act fast, I was thankfully able to avoid sending the pathetic “Please call me” text. Instead, I creatively resorted to much more dramatic language, which worked.

But the sad truth is that I’m also terrified of making even simple phone calls. There is a call I’ve been meaning to make for the past three weeks but I can’t bring myself to follow through. It’s a networking call, which is to say stressful (to me), but it’s not so emotionally complex I would need to keep postponing it. But I do.

For no reason I know, just hearing the phone ringing on the other end leads my mind to conjure up dreadful silences or being asked questions I never expected. I’ve been known to worry that I might not even be able to speak.

I learned that if I dialed my mother’s Italian number without a country code I could end up calling the local carwash.

Had I been in charge of phone communication in the days it was used to plan marriages and basically ensure the functioning of the human race, that race would have vanished long ago. After all, in the old days you had one line, so a lot was riding on your phone planning abilities.

There is a caveat. I don’t mind making a call in which my key line is, “My house is flooding, can you send a plumber?” Anything more ambiguous than that, I’ll pass.

My fear has at times produced some very real consequences. In one job, I was specifically trained to answer phones. Soon after, I was suspiciously taken off that duty. I have sat in awe as I watched my roommate make call after call with remarkable sophistication and calm.

You’d think that as a trade-off I’d be good at texting, right? Not so. Usually a grammar Nazi in speech and writing (I’ve corrected friends, to their incredible annoyance), I cannot send a message that makes grammatical or syntactical sense. There are dashes galore, scarce capital letters, and exclamation points slathered left and right. It’s a miracle anyone understands what I mean (I’ve been told that many don’t). Fortunately, the use of images is now socially acceptable, no longer seen as a poor substitute for the less verbally gifted.

iPhones improve, the years pass, I still (reluctantly) make calls, I still struggle unless the room is flooded, and I still hate country codes. Mobile phones and landlines, I hate them both. Which proves only one thing: the problem is not with the phone but (as techs like to say) with the “user,” aka Me.