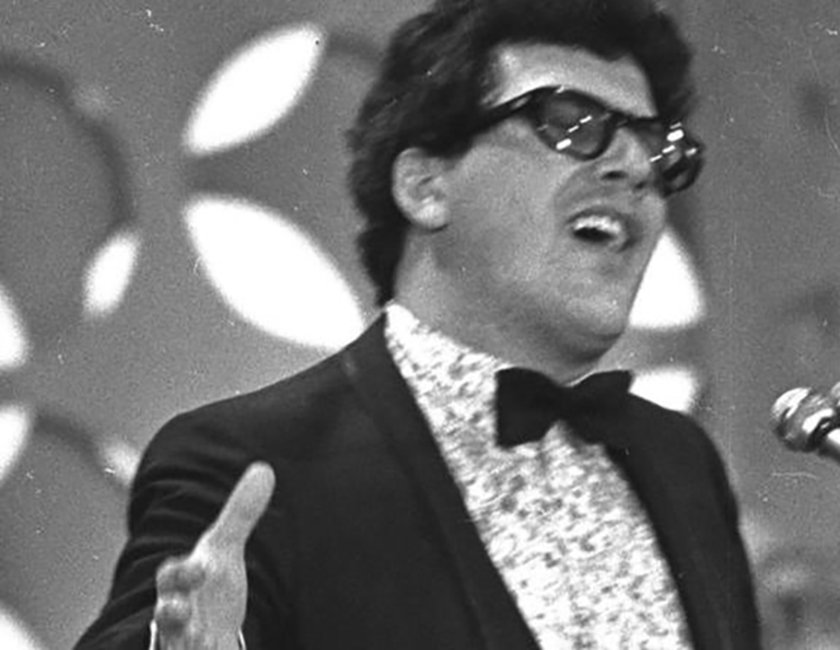 Singer Peppino Di Capri was the role model for eye-wear in the Italian 1950s.
I

t took me the first twelve years of my life to discover glasses, or at least their full utility.

Not that I hadn’t seen them before, but they were always on the noses of elderly people, as if they were an accessory, a sort of transformation that naturally developed with age, along with wisdom, wrinkles, gray hair, and, more often than not, a slight hunchback.

At my elementary school, our teacher watched over us through glasses, but no doubt he wore them as a kind of uniform, signifying his position, symbolizing knowledge and authority, like the cane he would use to point at the map during his geography lessons or to dispense punishment. As a matter of fact, all the teachers I remember from my early years wore glasses.

So there you are!

At the same time, not one of my schoolmates wore them. Of course, we were too young.

My father did not wear glasses either, a clear indication that he was not old enough (no sign of a hump, as yet, and still brown hair, though already receding) and to exert his authority, he had no use for a cane.

Only when the vehicle got nearer did the headlights acquire their actual shape, round, oval, or square with rounded edges.

Yet a few situations would leave me perplexed. It’s true that sometimes I had to squint to read what the teacher had written on the blackboard. It did not matter that his clear white-chalk calligraphy was on the dark gray slate, quarried, we knew, from the mountains near the town of Lavagna, in Liguria, not far from Genoa. The Italian term lavagna for blackboard comes, by extension, from the name of that town. My desk mate seemed to have no problem reading what I struggled with but he was one year older than me, so I assumed my vision would improve in time.

And after all, why worry? My seat was very near the teacher’s desk and the blackboard, so I could see most of what the teacher wrote. But everything was a little blurred. In the evening, the headlights of cars in the distance appeared to me to be star shaped, with a central nucleus from which a multitude of rays departed. Only when the vehicles got nearer did the headlights acquire their actual shape, round, oval, or square with rounded edges, their bulbs perfectly lighted inside.

But this, too, seemed perfectly normal to me.

Another strange phenomenon took place when, on Sunday afternoons, I was invited to watch soccer matches on television by a friend who lived next door — my family did not yet have a TV set (this was in the late 1950s).

One of the things that puzzled me was the fact that my friend, his twin brother, and their older brother would occasionally exult, shouting “Goal!” or cry “Yes, penalty,” or begin to lament over something that had happened and that, evidently, I had completely missed.

The reality was that I could not see the ball flying across the field on the nebulous black and white screen, and therefore had not the slightest idea of what had triggered all this agitation. And so the point of the whole exercise was lost on me.

My absolute lack of interest in the game called football in Europe must have originated at that age. The few times I tried to play the game with the kids in my neighborhood, my obfuscated reality intervened to slow my reflexes. They were so slow that my team always lost the match and blamed me.

There was also another not minor inconvenience: I never mastered the rules governing that game, especially its mysterious terminology, which included words such as “free kick”, “indirect free kick”, and, most intriguing of all, “offside.”

The boy who served as referee would sometimes shout to me, “You’re offside,” which in Italian is sei fuorigioco (literally “You’re out of play”). Then, he would command a free kick with no other explanation. I would watch perplexed, trying to understand my foul.

What the hell could I have done? I was just running after the ball like everybody else. Only once they assigned me the task of kicking the free kick and I was left in front of the ball with no hints of where to kick it. Since in Italian a free kick is calcio di punizione (literally, “punishment kick”) I dealt a tremendous blow to the ball and sent it spinning and rocketing violently against one of the players on the opposing team, much to the fury of my mates and to the exultation of our adversaries who unexpectedly got possession of the ball again, shot forward, and scored.

The turning point came the day I started scuola media (junior high). In the meantime I had grown taller than most of my schoolmates, so the teachers put me in the last row, far from the blackboard, to make room for the shorter boys. I could hardly see the blackboard and the teachers appeared like distant figures, almost mythical, in a misty haze.

I finally had to confess to my father that I had problems seeing. The following week we traveled to Lecce, to see one of the leading ophthalmologists in town. He put the strangest pair of glasses I had ever seen on my nose, which I later came to know were optometry spectacles, and inserted several lenses in the slots, rotating them right and left, as he kept asking whether I could read the black letters, especially those at the bottom rows, on the white board a few yards away.

Finally I could see the license plate numbers of cars and the grace and the eyes of the girls.

And suddenly, I saw! The clear letters, all of them, largest to smallest, sharp, no fading margins, no halo, no more squinting, no more rays originating from the objects and speeding towards my eyes.

I was diagnosed with myopia and astigmatism, both of medium severity.

A few days later, on my way to school, I collected my first pair of glasses from an optician in the old town of Gallipoli. The frame was black, designed, according to the fashion of the time, to mimic the style of those worn by then-fashionable singer Peppino di Capri. The alternative was a reproduction of the frame used by his no less famous colleague, Gino Paoli. The lenses were colored a soft brown. They were called lenti affumicate (“smoked lenses,” today’s “anti-fog” variety). They were made of glass and were, of course, heavy. Polycarbonate lenses were still to come.

At school, I was soon nicknamed quattrocchi (“four eyes”), but who cared? I could see from a distance the amazing colors of birds and flowers, the license plate numbers of cars, the titles of books on the upper shelves, the grace and the eyes of the girls (whom I started to appreciate at about that time) and, at night, the stars, which I had never really seen. I also discovered I could even follow the ball flying across the field on the still black and white TV screen, though my interest in soccer never grew.

Suddenly, the whole world was brand new and everything seemed ripe for exploration.