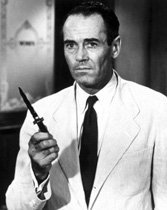 “Sorry” is the new “Whatever” — a statement without meaning.

The S-word is so casual and remote from the punitive that its Boy Scout edge has dulled. Swift, creative excuses trivialize regret. Or make it expedient. Lies are useful, lucrative, fun, and above all fixable. Marketing — a legitimate profession — prizes and rewards deceit. In the absence of ethical double-take, the hyper-crass is means to reinforce individualism.

Lies as negative method are mentioned when Iraq comes up. But it’s a fallacy. The authors of Iraq’s deceits won’t admit to them, keeping “sorry” at bay. Credit Bush Administration arrogance for bypassing the regret quagmire.

The U.S. Democratic contenders, who, Verdun-style, crawl to gain a foot and use mustard gas as needed (to then apologize), are better at pretending. The stakes are higher.

Barack Obama’s assertion that working class Americans were bitter and bigoted — spontaneous and raw — generated the need for strategic withdrawal. All had been ill-advised, he explained. In effect, he was sorry. He hadn’t meant to offend.

His tone and body language didn’t concur. They implied he’d mostly meant what he said but knew he’d overstepped. S-word refuge didn’t work for Obama, who apologizes with difficulty and struggles to rein in pride. In a time of extreme conformity that simmering rebelliousness is appealing.

Hillary Clinton is more practiced. She had S-solutions prepackaged when called down for exaggerating a stint in Bosnia as First Lady. She arrived under fire, she said. In fact, there was no shooting.

“Unfortunately, on a few occasions, I wasn’t as accurate as I have been in the past,” she said during a Philadelphia debate with Obama. And: “I’m very sorry I said it.”

Not as accurate as in the past? So much for the Girl Scout Oath.

The Europeanization of the United States slouches for a beachhead. Strategic approximation (which is disingenuousness) is making permanent inroads in American pop culture and politics. At the same time, half-truth and excusal still annoys the solemn side of American morality, embodied in the mythic representations of Norman Rockwell and Henry Fonda.

The result gradually removes “sorry” from any connection to secular guilt or social repentance. “Truth or Consequences,” a popular game show of the 1950s and 60s, would — 20 years after its canceling — smack of satire.

While Italy blurs sorry lines, accepting white lies as fact and ridiculing regret as a white lie, the United States repairs dishonesty while wishing that truth and deceit could coexist. Lying is recourse to otherwise lost shrewdness and wit.

The Italians imagine human nature as forever fickle, installing skepticism and caprice in its place. Newspapers still publish quotations that were never spoken. The justification is intent. Though the words may not have been uttered, the speaker’s intent was obvious. A newspaper’s job is truth and social entertainment (papers were the world’s first reality show). Misquotation is a Mediterranean facilitation that feeds drama. Its spirit is accelerating East-to-West.

But the American yearning to fully incorporate duplicity stills stalls at impenitence. Though America adores exaggeration and hyperbole it can’t live without resisting overconfidence. This produces a shadow-land in which audacious deceit is permissible as long as it remains hidden. Once exposed, retroactive accountability gets its day. The offender loses a board game turn, but these days no more — unless the lie is sexual, which has different rules. The offender apologizes, expresses faux-contrition, and promptly returns to the Interstate. Increasingly, this death and resurrection occur in a single session, video game style. Ten times or 100, it doesn’t matter.

Which leaves truth in a sorry state.