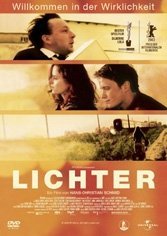 Hans-Christian’s Schmidt’s ensemble drama “Lichter” (or “Lights”) alternates between he stories of five Eastern Europeans citizens, Poles, Germans and Ukrainians, after German reunification. The film fluidly switches from one grim story to another and also alternates between the German, Polish, and Russian languages. The action is set in the Polish town of Slubice, swelled with people desperate to cross the river to Frankfurt-on-Oder in the new Germany, and eventually make it to Berlin. The actors beautifully depict the realities of making a living in the poor East while dreaming of the richer West. The “lights” are those of a promised land that’s often unreachable. Nominated for best film at the Berlin Film Festival.