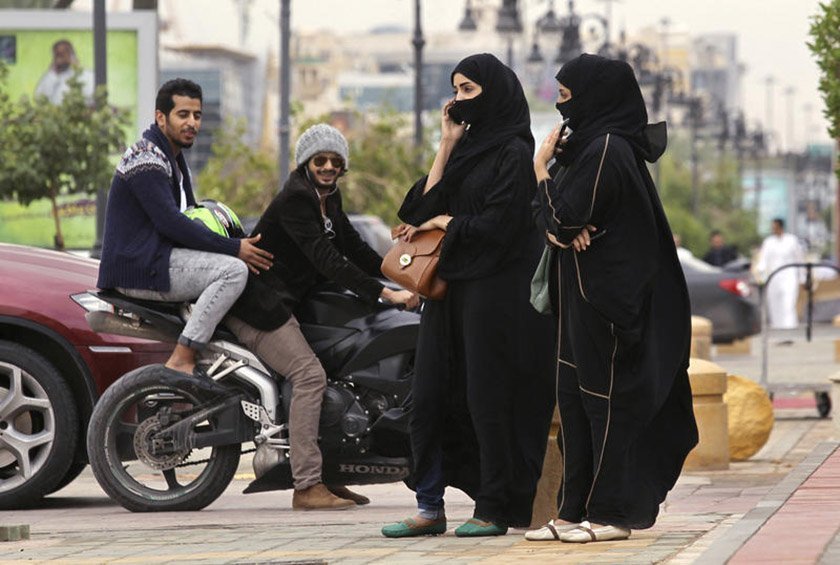 ravel is fatal to prejudice, bigotry, and narrow-mindedness, and many of our people need it sorely on these accounts. • Mark Twain

When 19th-century American author Mark Twain wrote this line, words possessed a clarity of purpose they no longer do today. Twain compels me even now, in this strange time of viral obsession and global lockdowns, to ask questions of myself after 50 years of just the kind of travel he recommended.

For example, is it prejudice to hate neo-Nazis? Are American liberals intolerant because they refuse to tolerate racist groups? And even more basically, what do the labels liberal and conservative mean a fifth of the way into the 21st century? Having taken Twain’s advice and traveled extensively, have I received an education of the sort Twain suggested would come of leaving my native United States? 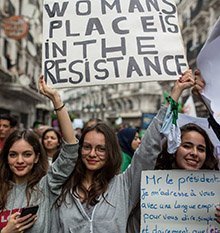 Algerian female activists in a 2019 protest.

I’d say that I have, at least in broad terms, though the education has often come to me in unexpected ways.

I consider myself a lifetime liberal. But to my mind liberalism is not just a political bent, nor does it reflect one point of view only. On the contrary, it expresses many.

Today I’ll stick to one: the treatment of women and the symbolic significance of what they’re asked to wear in the Arab world. The subject of women’s rights — both at a practical and symbolic level — is both vast and daunting. Since my interest here is to make a point, and a strongly heart-felt one at that, I’ve decided to narrow the focus by giving you some insight into how I came to be who I am and think the way I do.

From my perspective, there are three phases of my life that some might not associate with liberalism, but which I do in an absolute way.

The three concern my study of theology, my degree-runneth-over educational background, and my near-constant globe hopping. Each phase has helped inform my worldview, and more specifically my response to how women are treated in different countries around the world.

When I studied theology, I read most of the world’s holiest texts, including the Bible, the Torah, the Quran, and the Sutra (and others). On reflection, I now recommend these books, in particular the Bible and the Quran, to anyone who seeks atheist status. If, as neuroscientist and philosopher Sam Harris insists, Islam is “the mother lode of bad ideas,” let me suggest that the Bible ranks a close second. These sincere, if controversial, views push me closer to my topic, since both texts viciously attack women. Putting their views and codes of conduct into practice is, to my mind at least, a recipe for the systematic mistreatment of women

I recommend the Bible and the Quran to anyone who seeks atheist status.

I have spoken of theology. Now comes education. Over the decades I have somehow managed to accumulate five degrees, three BA’s, and two Masters. My love of reading has taken me to the works of Simone de Beauvoir, Anaïs Nin, Jane Austen, Ayaan Hirsi Ali, Reza Aslan, Christopher Hitchens, and Yehuda Nevo, and the list goes on.

As for travel, the third piece of my personal troika, I have visited 11 Muslim countries, including those seen as relatively tolerant (the United Arab Emirates) and those, like Malaysia, in which the judicial system follows strict Sharia law.

As a deep believer in egalitarianism, and in women’s rights at all levels, and as an advocate on behalf of the protection of women in patriarchal societies, the three phases of my life — my theological training, my education, and, above all, my travel experiences — have led me to a very “liberal” conclusion.

In my view, women who choose to wear hijabs, burqas, head scarves, and long layered clothing are disgracing their gender — and I cannot respect them as a result.

To my mind, they are choosing (and choice is the critical matter) to wear the world’s foremost symbols of the subjugation of their own sex.

In Malaysia, I have seen women in burqas beaten in streets; in Algerian ghettos I have seen women in hijabs made to cower; I have seen soldiers scream at old women bent over with burdensome goods for the crime of being in the soldiers’ way. Men have taken from women not only the right to acquire an education, hold a desirable job, and fulfill their potential, but also voided any freedom they might have to choose what they wish to wear.

Accepting these symbols is also to accept (if not support) the tyranny of their imposition. And if that is your choice, I want nothing to do with you.

To bring my argument to its sharpest point, I have the freedom to make such a decision.

They are choosing to wear the world’s foremost symbols of the subjugation of their own sex.

Mine is a highly liberal approach, one that champions the individuality and rights of women. It does not, however, translate into social action. Citizens of any free country who choose to wear such garments must be guaranteed the rights possessed by all, including freedom of movement, worship, and dress.

Some will say my attitude is anything but liberal, instead choosing to criticize it as culturally intolerant. To me, however, given the context, it is liberalism incarnate.

To champion women’s rights — indeed, to champion anyone’s human rights — often requires trampling on the symbols of oppression, in this case represented by clothing. I trample gladly. So yes, Twain was right in the deepest of ways. Travel has broadened my understanding. Visiting those 11 countries permitted my liberalism to take actual shape. It gave me just cause to decry the oppression of women who wear the oppressor’s wardrobe.

Travel broadened my personal understanding of the word liberal, and gave that definition context based on how the real world works.

This has been a bit of an illumination. Words we have used for centuries, “liberal” included, are now in flux. Unless we strive to better understand what they mean in real-world terms, we risk putting ambiguity ahead of steadfastness, something the Twain of my opening, always outspoken, would have found unacceptable.