Letter from the Eastern border 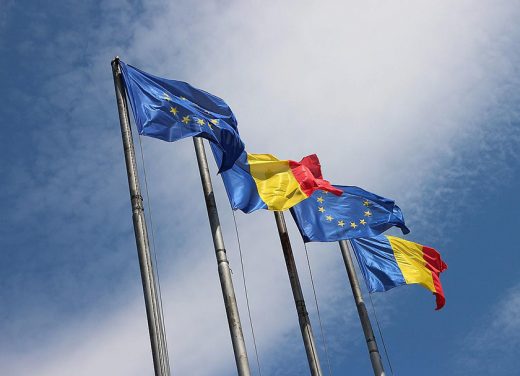 For the author, Romania is European in its EU association only.
D

ear European Union: My country, Romania, has been a member of your “organization” for more than 12 years now. The main reasons we wanted to be a part of it, honestly, were money and travel opportunities, including jobs. This is the naked truth. It was more like an “arranged” marriage: No feelings.

As a consequence we only took what we needed: we collect your money every year and spend it on useless things we don’t really need. And we invade your countries, of course, taking your jobs and even your wives and husbands. The rest of us remained almost unchanged, half primitive, half communist, or ot even worse than before we joined you. The country looks filthier than ever. The woods have been cut down, the rivers are filled with tin cans and plastic bottles. Our houses are invaded by your television shows, imitations of your way of life, the essence of which we can’t comprehend. Our traditions are only kept in museum displays. And nothing more. Really nothing more. Maybe less. It’s like a dystopian society we read about in books. There’s nothing “European” here.

Romanian society has become dystopian, like the kind we read about in books. There’s nothing “European” here.

Today, we have more illiterates than before the 1989 Revolution. The uneducated discovered their “rights” of not getting educated, instead living for the money that you bring. They call them “opportunities.” Opportunity for what? Becoming more ignorant and dumb maybe… So many of us can’t read and write correctly in spite of the fact that we have the latest generations of smartphones or cars.

Oh, and your offer to help made us discover thievery. We learned how to steal from you. Because we know we can’t be like you, so it’s easier to cheat. We use your things and belongings, pretending to at least act like you.

Our farmers still plough the earth by horse in some regions, work the land by hand, and kill pigs by knife, in spite of all the “projects and programmes” funded by the EU Commission that were supposed to take us out of Medieval times.

Far northeastern Iași is a Romanian city. But is it really European?

Your money goes to the special few, the “smart” guys, the ones that can’t read or write, but know how to “handle” things… So, you see, your “help” only makes some people rich while our children in the countryside still walk around like primitives. The perfect example: just a few weeks ago a little boy lost his life at school because he fell into one of those latrines after the improvised floor collapsed under him.

Your money took what was left of our patriotism and turned it into what you call “globalization.” But we don’t like globalization. We don’t like foreigners. We are peasants who cannot think outside the box.

This has led us to the point of really hating our country and fleeing. Millions of Romanians now live outside their homeland even though they long for a Romania that is no longer. It’s almost as bad as the Irish immigration to the US in the 19th century (4.5 million Irish left for America; five million Romanians live now outside the borders. Statistics don’t lie). The difference is that we have everything we need here, at home! They didn’t.

And now that we have elections for the EU Parliament, the circus around this membership comedy show uncovers its hideous face. Because we are the “South America” of Europe, like Mexico to the U.S. Without the drugs involved, of course, but that moment is not too far away.

So, stop giving us money and things, we beg you! Give us education, give us trust and good habits, teach us to respect the law and its regulations. Don’t just throw money on us like some busy parents who have no time for their kids and buy them toys to play with. Education is far more valuable than all the money you can ever give us. Through education we can really make a difference. Stop all the funds and give this to us for free!

That is if you really want us to be a reliable partner, to be the cousin you are proud of. But if not, forget it. Somehow we’ll manage to keep going, like we always have, either by continuing to steal from you as we have until now, or by other survival skills and habits we are already familiar with.

Stop giving us money and things, we beg you! Give us education, give us trust and good habits, teach us to respect the law...

The EU was created for a reason: to unite like-minded people from the continent under one vision. In the beginning, it had a philosophical and noble purpose. Yet, over time, this purpose was somehow lost; it has become an exclusively materialistic “club,” an “amusement park” for the late, and less qualified joiners like Romania. We Romanians were far behind the other members, and now we are even farther away. Money can’t replace the experience, education, traditions, and love and care that go into creating and sustaining a culture—and we are losing our culture.

Many say that we have a beautiful country. Even Prince Charles owns a property here. But the country is nothing like what it used to be—mostly because our people became hypnotized by your money and your dreams, and forgot about our own.

You could’ve taught us how to be like you for free, but no, you preferred giving us “stuff.” And now you have to live with us like the shameful relatives you hide in the attic from your friends…

— Editor’s note: Recent estimates place the Romanian population residing in Italy at 1.2 million, making them the largest non-Italian ethnic group in the country.

About the Author: Briscan Zara

Briscan Zara, from Iași, Romania, near the Moldovan border, has been a journalist and columnist at "Ziarul de Iași” since 2010. This piece was written on the occasion of the May 9, 2019 EU Summit at Sibiu, Romania.