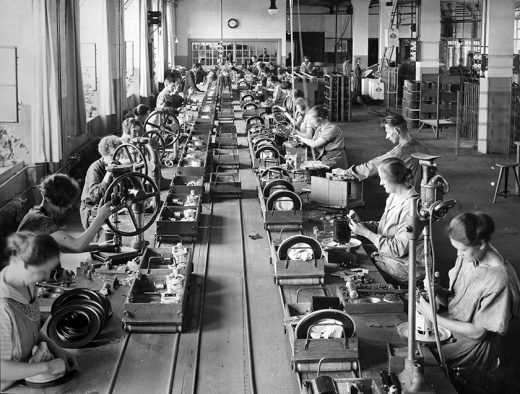 Leave empty if the image is purely decorative.
W

hile I was in London recently, I happened to leaf through one of those give-away magazines often handed out at supermarkets. One article had a headline suggesting eating vegan wasn’t necessarily expensive. The statement intrigued me because, while not a vegan, I never would have thought that consuming legumes, grains and vegetables could cost more than eating meat, eggs and dairy. What kind of vegans were they talking about, I wondered? Those (as my daughter pointed out) that spend a fortune on artificial milk and meat?

Yet another story in the same handout suggested that trying to juggle a demanding job, child-rearing, and active social life was draining enough to have an adverse effect on our lives. I can certainly agree with that. What I can’t agree with is the way they frame the problem or their proposed solution.

According to the article, everything hinges — for the worse — on not slowing down and taking time to breathe. One cited study reported that most emails were answered within two minutes. What it doesn’t say was if these emails were personal or work-related. And if work-related, did the recipient really have a choice whether to reply or not?

Not replying immediately, of course, was a recipe for an end-of-the-day backlog that would result in prolonging the workday itself. But was that the fault of the employee, as the article seemed to imply? And if it was, how could workers just “slow down”?

Once upon a time, unless you were a manager and earning an income in proportion to your responsibilities, the (American) workplace consisted of a 9-to-5 routine with paid overtime.

Maybe the author of the article was in a position to ease the pace, but most workers need to work to hold on to their jobs, and most jobs, regardless of location, have expanded their range of demands in recent decades. Once upon a time, unless you were a manager and earning an income in proportion to your responsibilities, the (American) workplace consisted of a 9-to-5 routine with paid overtime.

It was the pre-cell phone era, and in most cases, calls were made largely to or from the office. Now some employees receive free mobile phones as a company perk. The gift works both ways since it allows companies to reach workers at any time.

Elsewhere in the article, the author advised employees to find ways of relaxing, such as taking up Pilates or Yoga. This made me refer back to the opening, which had talked about juggling too many responsibilities, children included. By this logic parents in demanding jobs siphoning time from their private lives — including time they should be spending with their children — should dispatch their already overly-organized kids (who by-the-way haven’t seen their parents all day) to yet another activity or babysitter so that Mom or Dad can rush to a quiet Pilates session. Really? Is that going to make our lives better?

What irks me most about such thinking — aside from the utterly unrealistic notion of what a working life entails, at least for most — is that the blame for this life of constant stress is placed on the shoulders of its victims. Instead of probing the social and economic system that has perpetrated all manner of stress, these writers claim it’s humans as a whole who have somehow failed to master and manage their hectic lives. And, of course, the problem of what children need is rarely examined with any real understanding of the subject matter.

Some years ago, at a time of heavy job losses in Britain, I came across an article in the magazine section of a highly respected and generally progressive newspaper that examined the lives of several people who had changed professions and were pleased with the results. One had become a ski instructor; a second had moved to another continent and started piloting yachts; a young couple had both decided to become teachers. All, however, had been earning good salaries when they left and received generous redundancy packages.

As nice as it was to read that they’d all accepted a drop in pay in exchange for more fulfilling jobs, their retraining had required each to tap into financial reserves to pay off mortgages and support themselves and their families. You can’t become an alpine instructor or a boat pilot in a day. It seemed to me remarkable that a report intended to help people navigate economic recession and job losses could be written entirely from the perspective of the well-off. Interestingly, the newspaper is also known for the attention it pays to social issues.

After reflection on two articles I’ve mentioned here, I can’t help but think about Marie Antoinette’s dressing as a milkmaid to experience the common life. Told her people had no bread, she brightly and perhaps ingenuously suggested they eat brioche instead. Soon after the French Revolution arrived…