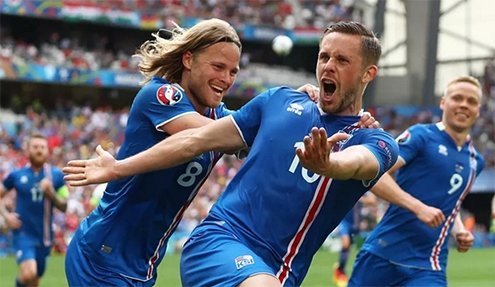 hile Euro 2016 packed plenty of flavor with its underdog heroics, the product on the field was often downright insipid.

Goals per match (2.12) were the lowest for a European championship since 1996 (there has never been a World Cup with such a low clip.) A handful of the game’s biggest attacking talents — Zlatan Ibrahimovic, Robert Lewandowski, and Thomas Müller, to name but a few — were hardly even noticed.

It’s easy to point to the new tournament format, which expanded the field from 16 to 24 and made advancement to the knockout stage significantly less arduous. The newly installed format made draws more valuable and teams pay close attention to goal difference. Goals per match during the group stage (1.92) were much lower than in the knockout rounds (2.6).

In fairness, the format also ensured that virtually every game mattered to both participants. Several winless teams were still alive on the final group stage match day, playing for multi-goal victories.

The incentives worked both ways, making it impossible to attribute the goal famine to the structure.

Moreover, goals have been on the wane in both the Euros and World Cups in recent decades.

Goals per game have dropped at successive European Championship beginning in 2000. At the World Cup, goals were down between USA 1994 and South Africa 2010. The one outlier was Brazil 2014, which surged back to USA ’94 scoring levels.

The simple reason behind the trend — and its Euro 2016 culmination — goes by a single word: defending. It’s getting better.

There’s such a gulf in talent between the likes of Germany, Spain, France and the rest of the pack that managers aren’t left with many alternatives but to employ defensive tactics.

Champion Portugal is a good example. Despite boasting Europe’s best player in Cristiano Ronaldo and a handful of promising youngsters, the Portuguese set out to defend first. Entire stretches of game evaporated into nothingness as Portugal’s opponents struggled to pass their way forward, mostly failing. Then, Portugal would launch a counter-attack from nowhere and score. Game over.

It’s impossible to ignore parallels between Portugal’s 2016 team and Greece’s 2004 championship team, widely considered the worst and least elegant major tournament winner ever. Stingy Greece upset star-studded Portugal in the Euro 2004 final on the latter’s home soil, whereas Portugal has now done the same to France. Portugal manager Fernando Santos was in charge of Greece from 2010 to 2014, and transferred its cautious counter-attack template to his attack-cultured homeland (consider the likes of Eusebio, Luis Figo, and now Ronaldo).

While bronze god Ronaldo certainly made important contributions, a more fitting representation of Portugal’s triumph would have to be defender Pepe vomiting on the field after shutting out France for 120 minutes. The brutish Pepe, normally known for his cartoon villain histrionics, reminded everyone that he’s one of the top defenders in the world, leading a backline that conceded one goal over four knockout matches, three of which went to extra time.

A number of other teams punched well above their weight by playing organized defensive schemes in which each man knew his role with precision. Italy’s squad was considered its least talented in 50 years, yet was one penalty kick away from beating Germany to meet France in the semis.

Italy’s backline, dubbed the “three bastards,” have played together for five seasons at Juventus. The midfield and attack, both considered woefully sub-par on paper, outworked other teams and executed instructions that tapped their individual strengths. Neither Graziano Pellè nor Emanuele Giaccherini would have provoked much fear before the tournament, but the former’s headed flicks and the latter’s runs behind the defense allowed Italy to manhandle tournament favorites Belgium and Spain. It’s a shame that Antonio Conte has returned so quickly to club football (Chelsea). But a manager who so clearly turned less into more deserves a big stage for more than one month every two years.

Elsewhere, Iceland, Northern Ireland and Wales were examples of how defensive organization and clear delineation of roles could overcome gulfs in talent. Iceland (36 percent) and Northern Ireland (37) had the lowest possession across all 24 teams, yet both made the knockout rounds. Were it not for a couple of critical suspensions, Wales could have really tested Portugal in the semi-finals.

While the last two European Championships were won by possession-obsessed Spain, having lots of the ball boded less well in 2016. While Germany didn’t necessarily underperform, their 63 percent possession failed to translate into much of a cutting edge. Spain (61) and England (59) were next highest and severely disappointed.

England, in particular, was the antithesis of Portugal, Italy, Iceland, and others. The 11 biggest names at the time of team selection in late May were cast into a new formation that hadn’t been tried and tested over the course of qualifying. England stuck square pegs in round holes, and the results were embarrassing.

Though quality of play was criticized, nations shouldn’t be expected to sacrifice their chances of winning major tournaments for the sake of how much entertainment value they provide.

In club football, that role belongs to Barcelona, Bayern Munich and Manchester City. Their unfettered buying produces the megaclubs that satisfy today’s short attention spans. We should be thankful that international football offers something different, even if it means defensive football. Without it, we wouldn’t have the Viking thunderclap. Huuu.