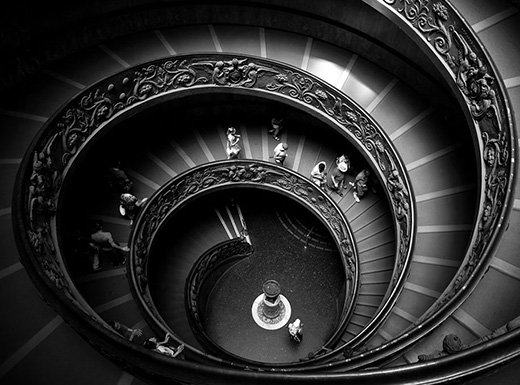 What mattered to National Geographic's editors wasn't the potency of images, which often spoke for themselves, but words that would help readers gain greater insight into what they were seeing and why it mattered.
A

mong the toughest jobs for a young journalist to land in the antediluvian 20th-century was a staff writer’s position with National Geographic magazine. Aside from renowned photographers, the magazine had a stable of top-notch senior writers who roamed nation and globe in search of 5,000-word topics that mixed natural, cultural and political themes.

Some loved the magazine so much they ordered annual bound volumes. Others set aside their favorite issues and left them to pleasantly migrate from table to table. This was before NatGeo TV and its many permutations and long before the Internet placed the print magazine in peril.

There was only one way in if you wanted to work for National Geographic, as a legend writer. The magazine refused to call captions and subheads by their daily newspaper names. What it wanted, instead, were small hunks of refined text that somehow complimented the lead headline and elaborated on the subject at hand. It wasn’t enough to write, under a photo of Chimpanzees on a rocky knoll, “Chimpanzees lounge on a rocky knoll.” If you did, you’d flash-flunk the test.

What Geographic had in mind were explications that added to the spirit or the substance of the text. If a writer was covering sunken galleons and their treasures, your might want to look up (pre-web) the kinds of metals to which the sea did the least damage, or how they were loaded in quantity onto brittle caravels. Handled properly, informed tidbits enriching both story and images. 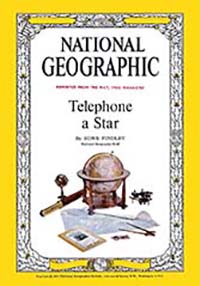 The National Geographic Society, an American non-profit scientific and educational institution, was founded in 1888 and soon launched its magazine.

I tried and failed twice to get this beginner’s job. My legends talked too much or too little. The rebuffs only heightened my respect for the magazine’s unusual standards.

This memory comes to me in a roundabout way. In an effort to “migrate” The American’s decade-old magazine website, custom built in 2007, to a newer and more versatile “platform” – migration and platform among tech’s in vogue words – I was startled to find that one very successful platform had no in-built capacity for captions. Yes, you could install overriding mechanisms, and yes, you could get images to switch in sequence likes slides of old.

But underneath the bypassing, the logic seemed to be that images did the trick, videos even more so, with maybe an order of words on the side. The clichéd Chinese axiom about pictures and their worth had come true. Images are true, words their casual adjuncts.

While most mainstream online periodicals maintain captions, images are increasingly eating away at the prose landscape. Subheads are a dying species, with programs usually reproducing the first sentence or two of an entry. The emphasis, ostensibly, is to cut verbal clutter and get to the visual point – which in turn means less practice in the craft of writing.

National Geographic’s legends didn’t exist to undercut its photographs but to create additional layer of context to keep emotions in check. The checking process was all the more necessary when the images were those of natural disaster or the abjectness of some human existence.

National Geographic still exists, and in many forms, and so do legends. But inspiration behind them is less pervasive. There’s too much quickness to be had, felt and transmitted. Detachment is unpopular. Details are a hindrance and a game of chess takes too long. In his 1922 poem “The Waste Land,” T.S. Eliot sensed a distracted and enervated future ahead and slipped a speed trap into an apostrophe-free, all-caps line that read simply: HURRY UP PLEASE ITS TIME.