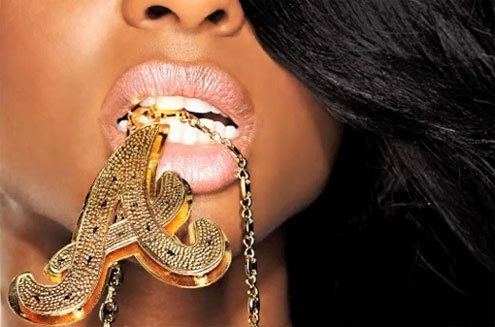 he problem with December music releases is that they rarely get their just due. Deadlines have been met, lists have been filed, tastemakers have checked out for the holidays, and the press hibernates at home in preparation for the year ahead. Yet December 2010, like any other month, had its own musical pleasures.

Ciara’s Basic Instinct (LaFace) is one worth examining. As with other post-millennial R&B princesses such as Amerie or Cassie, Ciara is a strangely elusive figure who keeps A-list company but can’t seem to break out on her own accord.

Her detour into robotic R&B on 2009’s Fantasy Ride was ill-advised and only occasionally successful, but her creativity was there — the problem was channeling it in the right way. Ironically, Basic Instinct succeeds because it is less adventurous in concept. The cover art, stripped of the comic book comedy of Fantasy Ride, gives away its intent immediately. This looks like a lean, mean urban pop album.

Sure enough, radio-ready hip-pop hits line up one after the other for 11 songs devoid of filler. The fingerprints of her executive producers, Tricky Stewart and The-Dream, are all over this in the huge, buzzing, synthesized choruses and attention to detail in the percussion sounds and creative microtones (it’s also worth mentioning that The-Dream, in typically modest fashion, lends a verse to the single version of “Speechless”).

But Ciara’s vocals are the perfect accompaniment for the duo’s brand of beat-making, and she rises to the occasion. Without the annoying Rihanna-like wavering or Ke$ha’s trash-rap inclinations, Ciara keeps it basic for one of her best albums.

Receiving more critical concern for his latest album is Wu-Tang flag-flyer Dennis Coles, aka Ghostface Killah. Of all the Staten Island collective’s members, it’s Ghostface that has received the most attention since its mid-90s heyday, upholding the posse’s honor more or less alone for the better part of a decade.

No such trouble here. Like Ciara, Ghostface gets to the point. Apollo Kids features a dozen songs that top out at just over 40 minutes, yet the relatively short length still makes space for guest appearances from a host of Wu-Tang members, as well as guys like Joell Ortiz (“Drama”) and Dipset’s Jim Jones (“Handcuffin’ Them Hoes”). You’re getting less of Ghost than normal, but the ratio is the same, so you’re also getting fewer of the negatives that have plagued his last couple of albums. It makes for a better record.

The mysterious, long-amorphous collective Sandwell District also had something to show for December after years of anonymous white label 12″ singles and unhelpfully Situationist-inspired blog posts. The techno foursome (Female, Function, Regis, and Silent Servant are the DJs behind the group) was more or less uncovered over the course of 2010 and the masterstroke was a full-length finally made available late in the month.

Feed-Forward (Sandwell District) isn’t a crossover game-changer in the vein of Matthew Dear or Pantha du Prince, but its insistence on sticking to a dub-influenced techno sound is one purists can appreciate. The appeal of a track like “Hunting Lodge” is obvious for them.

This isn’t what makes Feed-Forward exemplary, however. The real joy is in how this album is structured, with ambient interludes and songs that eschew industrial ruthlessness for touches of humanity (“Falling the Same Way,” “Double Day”) that make it far more approachable for someone who may not always jump for this sort of dance music.

Perhaps we’ll hear more of Sandwell District in the future, but if Feed-Forward is the only LP we get after years of waiting, it won’t be a disappointment. December never is.