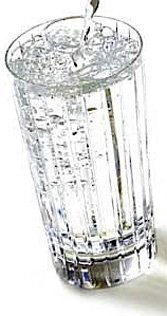 felt like a charlatan, luring my toddler son to the laboratory for a blood test recommended by no one in particular. Alex was curious about the rubber tube the nurse tied around his arm. Then came the needle. He screamed and withdrew. Blood leaked across his inner elbow. The nurse held him down and pierced him again. He screamed harder. I felt hot and saw snow. Alex’s babysitter fanned us with a comic book. Cotton was taped to my son’s elbow. I recovered and said good-bye. Alex ran to fill his water pistol. We went through all this to find out the lead concentration of his blood.

Such tests are mandatory in New York City, where I lived for 11 years. When I asked about screening Alex more than a year ago, my pediatrician in Milan told me not to worry: There is no risk and such tests hardly exist. I took her word for it. But this summer, a hypochondriacal nerve was hit by a World Health Organization (WHO) survey on environmental risks for children in Europe (The Lancet, Vol 363, June 19, 2004, 2032-2039). Since the data treated Western Europe as a single zone, I called one of the authors, D’Anna Little, to find out the lead exposure data for just Italy. She pointed me to the latest nationwide study available, conducted about a decade ago for Italy’s national institute of health, the Istituto Superiore di Sanità. It found that boys had an average of 5.0 micrograms of lead per deciliter, girls an average of 4.3 micrograms per deciliter, levels high enough to suggest that a very large fraction of Italian kids may suffer cognitive damage — at least according to recent findings in the U.S.

The WHO uses 10 micrograms as the threshold for concern, but the difference between one and 10 micrograms of lead per deciliter of blood is about seven IQ points, according to a study published last year in The New England Journal of Medicine (Vol 348, April 17, 2003, 1515-1516). Lead exposure in children also causes learning disabilities, impaired hearing, reduced attention span, hyperactivity and behavioral problems. God forbid Alex’s exposure should be above the mean.

As I am writing this, I don’t yet have Alex’s test results, so I am combing his environment in my mind to prepare for a homespun abatement program. What should I worry about?

Not the air, at least. Lead levels in Milanese air have dropped almost a hundred fold in ten years, from 664 micrograms per cubic meter in 1991 to 76 in 2001, thanks mainly to the phasing out of lead in gasoline. (This quantum leap makes me worry, of course, for all those who grew up here in the not-so-old days.)

Dirt and dust are potential dangers. Little fingers are like mops, indiscriminately swiping surfaces and then plunging into the mouth. If there is eroding leaded paint anywhere around the house, it can leach, crumble and dance across windows sills, floors, and carpets. After scouring Italian legislation and decrees at my request, Stefano Ciafani at the Legambiente, an environmental lobbying organization, wasn’t able to find any prohibition for lead in either indoor or outdoor paint — just a decree from 1998 saying that lead paint must have a warning on the label. Before we gave them a wash, the balcony railings turned Alex’s palms white whenever he held onto them. And the paint on the ceiling above his balcony is blistering.

The balcony has Venetian blinds, too. Some Venetian blinds are manufactured with polyvinyl chloride (PVC) which degrades into lead dust with exposure to light and heat. The alarm in the U.S. was raised by the Consumer Product Safety Commission in 1996 over imported vinyl miniblinds. We’ve been using a particularly imposing (and dirty) set of Venetian blinds as a barrier to keep Alex from accidentally falling over the railing, six floors below.

The water might have lead problems too. There is still lead plumbing in some Italian historic city centers; lead welds are, I imagine, even more diffuse. Milan enforces strict standards at the source of public tap water, but I’ve never heard of city inspectors sampling what actually comes out of the kitchen faucet after the water has made its way through miles of pipe. Washington, D.C., had a lead scare this spring when a substance was found in the water that caused lead welds to leach more than usual. Drinking purified water may not be enough. We may need to cook with it too.

Then there is the playground. Residues from leaded car exhaust linger for an infinite time in urban soil and soot. I worked on a story about it once for local television in New York City. A colleague and I found vertiginous lead levels in gardens and playgrounds all over the metro area, despite the absence of lead-belching vehicles for more than 25 years. Lead wasn’t completely phased out of gasoline here in Italy until 2002. When I asked an official from Milan’s environmental monitoring agency (ARPA) what lead levels in playground soil were, he said the agency measured ex-industrial sites, not playgrounds. “One might be more concerned about exposure to dog doo on the playground,” he added.

In the United States the battles still rage against lead contamination, although average exposure levels for kids are half that in Italy: Public awareness campaigns continue, lead testing and

remediation is a minor industry, and lead liability still percolates in civil courts. Typing “lead contamination” into a search engine immediately dredges up all kinds of educational materials from all sorts of sites from the other side of the Atlantic. Here, the vacuum of attention is deafening. Despite calling the ISS, ARPA, and the authors of the WHO Environmental Report at the University of Udine, I failed to find anyone who is actively keeping track of young kids’ lead exposure in Italy. Not even the Legambiente, Italy’s leading environmental lobbying group, had anyone equipped with basic information about lead at their fingertips. To their credit, however, they were willing to take the time to dig information up, whereas more than once in my telephone trollings, I was informed by others that lead exposure in the general population was a non-issue.

I just received Alex’s blood test results. I had hoped to write that everything was okay, and that I would, in fact, take the advice of making dog doo on the playground my next crusade. But his lead concentration level is elevated. Oddly, so is mine — I tested myself since I thought I was pregnant.

I am angry that I did not insist on testing Alex sooner, since lead causes the most damage to the central nervous system from ages zero to five. But as I plan a stop-gap abatement program, I console myself with the fact that however less perfect the lead has made Alex, at least my entire generation (and probably a few generations before that) share that plight with him. In 1976 in the United States, about 80 percent of children had lead concentration levels above 10 micrograms per deciliter. In Italy in 1985, the average concentrations were 9.4 micrograms and 8.3 micrograms per deciliter for boys and girls respectively. Our parents’ and grandparents’ exposure may have been even worse, since lead restrictions were scant for most the 20th century. (Winston Churchill had a collection of 1,500 lead soldiers as a boy.) Though we may be less brilliant, more skittish, and less well-behaved than we could have been, we don’t seem to have noticed it much.