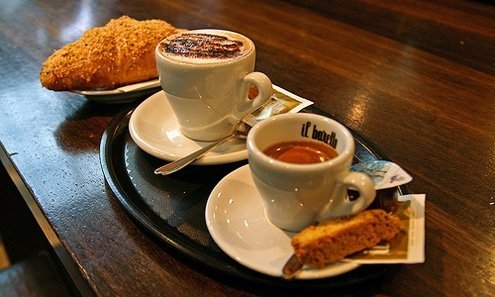 My hands had grown accustomed to holding dollhouse-sized things..
D

ividing one’s time between countries can be invigorating, exciting, rich. It can also present a madcap life of unpacked luggage, too many goodbyes, and a kind of chronic but mild delirium — like when you try to satisfy a sudden craving for pizza con fiori di zucca, and realize, sadly, the moment you set out for it, you’re in the wrong country.

Whenever I would leave Rome, which would happen a couple of times a year, I’d fall into a farewell routine. I’d stay at a friend’s B&B near Termini, eat a meal at her café cooked by a woman whose life I’d come to learn about slowly on those evenings before my departure back to the States — she was Australian, in love with a Serb, but the paperwork preventing them from living in the same country was epic and exhausting. She spoke of moving to a farm up north where they could start a family. I looked forward to her updates, which I would get every few months, while I nursed my last glass of Italian wine, painfully aware of how I clung to “last things” — my last good espresso, my last morning cornetto, Italy’s inexplicably fragrant earth, even in the cities, the last symphony of Italian words.

Nearly 24 hours later, my plane would be landing over the industrial parks, factories, and landfills surrounding Newark Liberty International in my native New Jersey. I’d find myself eager to return to my friends and my mother tongue, to satisfy my craving for a real ginger ale, not the red, chemical-looking, Campari-like fluid known as Gingerino in Italy.

At my apartment, I’d grab a glass. It would feel suddenly enormous in my clutch. As would teacups, spoons. It’s as though I’d just come from life inside a dollhouse and my hands had grown accustomed to holding dollhouse-sized things.

The following day, I’d luxuriate in knowing I could run errands straight through the hours of one and four. Since everything is open all the time. I’d relish in my Americanness, in my haste and my need to get things done now. Certainly, no one in this country would argue with that. I’d breeze through the Gap for soft cotton clothing, pay bills online (one word, not two), buy enormous bulk items from Costco. And although I’ve always preferred walking and public transportation, which is all I use when I’m in Italy, I’d fall in love again with driving, with wide open roads.

MY THIRD day back, on a visit to my parents’, I talk to their bird in Italian. I miss my morning macchiato. I long to hear dimmi, prego, grazie te in that particularly warm and gracious way Italians sing those expressions. I feel slightly heartbroken.

For at least a week, I occupy that phantom schedule of the one left behind, graze its fading outline; my days seem to have an echo, and I delight in the dreamy disorientation of being here and not there, as though I’ve carried something back from that other place.

I’d read a passage in “Pasqual’s Nose” — a memoir by Michael Rips about life in small-town Sutri, just outside Rome — that describes this phenomenon by comparing it to a tomato: “The indefinite status of the tomato (fruit or vegetable) makes it the perfect food for the traveler who is, himself, in an indefinite or ambiguous state — separated from the place of departure but not yet attached to the place of arrival. As plane travel (versus slower means of transportation) presents an intensified experience of indefinite identity, tomato juice is the concentrated form of the symbol of uncertain identity, the tomato.”

And I find myself oddly comforted by the tomato metaphor.

AT WORK, my mind drifts to the olive groves I’d walk through just before sunset, when the light was reflected in such a way that everything — sky, cypress, olive grove—bristled with hues of rose, sage, lavender, golden and shimmering. I remember the first time I’d discovered the slightly metallic underbelly of an olive leaf.

But life quickly becomes routine and automatic — convenient. At home, in New Jersey, I’m efficient, articulate, multitasking; and I’m relaxed in a way that suggests I know this way of life. In Italy, nothing is automatic, and my routine is a combination of Italian, American, and a rhythm of its own — part self-employed freelancer, part expat, part tourist and traveler. At best, things are pleasantly unpredictable.

I’VE BOTH loved and disliked life in Italy, sometimes simultaneously, for its foreignness and for its striking familiarity. Some of the things I find familiar are the same things I’ve vainly tried to escape. I’ve dreaded Italy’s clannishness, yet have been part of a clan, granted an uprooted one. I’m easily exasperated by how much Italians talk, and at the same time comforted by their chattiness. I’ve grown sick of pasta, only to find myself longing for the way a friend made cacio e pepe, which I could never seem to recreate back in the States.

In some effort to simplify or “normalize” my life, to chuck one identity for the other, I’ve tried to lose one place — each at different times — as if I could shake it off, ignore its looming leer. But the two have become meshed, it would seem, and there’s little hope for a clean break. It would be like trying to take the tomato out of Arrabiata.