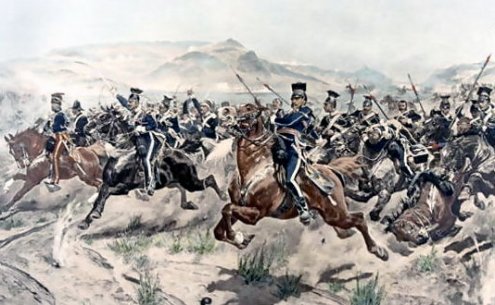 ight years ago the United States began an offensive against the Taliban regime in Afghanistan largely on the grounds it had aided and abetted Muslim extremists in their terrorist attacks on the World Trade Center and the Pentagon.

A multination military effort assisted by the systematic bribing of insiders quickly led to the fall of that regime, which was hailed as a new chapter in Afghan history. The elimination of extremists at the top was the first step toward the creation of a Western-style democratic state. A government funded almost entirely by the United States was set up and its international legitimacy codified. Afghanistan, peddled as a success story, was then largely forgotten.

That was because the United States had turned its attention to Iraq. This time the goal was the deposing of a tyrant who was alleged to possess nuclear weapons. Despite European skepticism, the invasion went ahead and the tyrant, Saddam Hussein, was routed, hunted down, caught, tried and ultimately executed. Despite internal turmoil, this early sequence of events was also hailed as the first chapter in a remarkable turn of events that would lead to the transformation of a religiously unstable Muslim state into a Middles Eastern example of egalitarianism.

Once again, an American-supported government was groomed and tasked with rebuilding a shattered country. The outcome is well known. Iraq came gradually unglued as militants and insurgents began to see opportunities to assert their own power, as well as expel the invader. Iraq turned into Spain of the Spanish Civil War, but along sectarian lines.

With the war increasingly unpopular at home, and military casualties rising, the United States behaved the way it had in Vietnam: It declared partial victory, threw its support behind a puppet regime, insisted it was time for Iraq to begin shouldering its own burdens (known as Vietnamization four decades ago), and began to leave.

Meanwhile, Afghanistan returned to the forefront, a dam leaking water. Islamic and Taliban insurgents, able to mass and revive themselves in secular Pakistan, began pushing Westward again. Their increasingly intense rumblings not only threaten the delicate post-bellum status quo in Afghanistan but also place Pakistan, which wished to stay out of this fray, in the firing line. Lacking a country to call their own, Islamic militants have two fronts: Old home Afghanistan and vulnerable Pakistan.

The man perceived as the great American warmonger, George W. Bush, has since been replaced by an apparently more reasonable, cautious president who insists his approach to both war and consensus is more sophisticated than that of his predecessor.

Having all but given up on Iraq, he now faces a choice over whether to buttress the American presence in Afghanistan, something he long ago planned to do.

This, in a simplified nutshell, brings an outsider up to speed.

American generals in Afghanistan are saying some of the same things their counterparts did in Indochina of the mid-1960s: The war is winnable with more troops, which would in turn help win the hearts and minds of the people, a phrase with considerable mileage and little precise meaning. What they don’t address, because its not their job, is the meaning of winning. Iraq, for example, was a won war: It doesn’t however suggest the trappings of an enduring success. There, both hearts and minds have been broken.

History is an annoying presence in the analysis of current events. It delivers lessons and introduces contradictions.

To wit: The last successful Western invasions of Eastern states, with success defined as both political and economic control, occurred in the colonial era, when European nations in no uncertain terms and unhindered by modern civility tried making far-away states into their own image, socially and bureaucratically. Modern India and Pakistan are in part English inventions, mostly because England refused to leave, choosing instead to dominate, overhaul, and bear the infamous white man’s burden. Some African nations were similarly remade, albeit less convincingly, by Belgians and the French. China, once open to the world, was contested for half-a-century, with Japan playing a central role.

Colonized nations generally absorbed, resented, and fought back — in that order. Independence delivered identity. It also often led to a later enlistment in the community of nations. Even Vietnam, cancelled from the man as a Communist dominion, has recently reinserted itself into the global flow.

Moral of the story: Nations must be allowed to forge their own destinies, however uncomfortable. In the absence of colonial ruthlessness, no military force can “win,” which is to say transform Eliza Doolittle into a world-class lady.

Whatever the earnestness of the interventions, Iraq and Afghanistan will still find themselves buffeted that side of history that wants to make itself up locally, cruelly and without interference. Western political and military carpentry in these nations has shown itself as rickety. Rawer artisans, more at home, and far meaner, prevail.

Iraq and Afghanistan may well, like Vietnam, eventually join the world’s league of nations. But each will do so on its own terms, following internally played-out spasms destined to last decades.

There’s no shame in thinking the fights of others are winnable with just a little more effort, particularly when you helped start the fight. What is delusional and selfish is the obstinate optimism that accompanies the one-size-fits-all repair mechanism that continues to burden American foreign policy, indebted to an intrinsic sense of hopefulness that is no more global now than it was a decade ago.