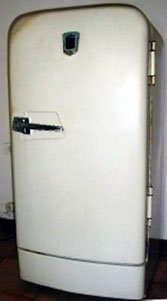 Who said it had to be pretty?
I

t was the look on my new roommate’s face that made me realize how absurd it all sounded.

An American girl who’d been in Rome a month, she had just unpacked her bags. And I’d realized, between trying to make her feel at home, giving her sets of keys, and discussing when to pay rent, that there were a couple of other things we had to talk about.

First, the door. Like most Italian apartments, mine has a main door that has the handy functioning of doubling as a barrier — not just to people outside who might want to come in, but to people inside who might want to leave. “So,” I explained to my new roommate, “if one person leaves and double-locks it from the outside, the person inside can’t exit without a key. And yeah, I know. What a fire hazard.”

But, for the uninitiated, that’s not where the fun ends. Even if the door is not double-locked from the outside, I explained, you still have to push a lever to open it, something I’ve seen friend after friend visiting from more-functional countries fumble with on their first few tries. Once in the hall, to close the door behind you, you have to put your key in and turn it once. Or slam it with all the force of Italian passion.

For many, this proved so counterintuitive when my last roommate had her mother visit, I returned home one night to find the door open. And nobody was home. She’d left and simply hadn’t realized she hadn’t closed it properly.

Whew. “So, that’s the door,” I summed up cheerfully.

“Uh…okay,” Becky said, still clearly trying to figure out which of her three keys was used for which door in the building. I definitely couldn’t blame her.

“And,” I said, remembering, “I should show you a couple of things about the bathroom.” Extra rolls of toilet paper are kept above the fridge in the kitchen because there’s no place to put them in the bathroom. There’s the scrub brush, and please, unlike a previous roommate who will remain anonymous, use it. Water pressure here ain’t like it is back home.

As for the shower, I told her, the good news is that — unlike many apartments in Rome — it has plenty of hot water. But it needs a couple of minutes to heat up. And then there’s the door, which doesn’t close quite right, turning the floor into a mini-Mediterranean unless you’re careful. “What I usually do is turn the water on lightly, close the door, let it run, then come back, get in, close the door as tightly as I can and turn the water up all the way. That helps keep it dry in here,” I said.

“Oh!,” I said, “and I almost forgot! The laundry machine.” I turned to the little Italian model that was here when I moved in. Most of the time, I explained, it works fine. Clothes in, soap in, one hour, done. (You have to open the lid and then press that button to spring open what looks like the big metal canister inside for your clothes. No, I’d never seen anything like that before I moved here, either).

I could see her steeling herself for a “but.” And yes. There was a “but” coming.

“So it’s been working okay lately,” I said. “But twice since I’ve moved in, it’s suddenly just stopped functioning.” When on the same setting that should take only an hour to complete, my washing machine rebelled. It chugged away for hours. And hours. And hours. It once went for more than a day and a half. The worst part was, the entire time it labored away, it kept my clothes hostage. Signaling an angry red for “locked,” it refused to give up my soggy, and still not clean, clothing. I had to fiddle with buttons, pressing everything I could, until, for some reason, just the right touch worked.

Even with my best schoolbook Italian and Google translator efforts, the manual I found online couldn’t answer why my washing machine sometimes went haywire. I’ve been left to assume that it’s simply temperamental. “It’s been fine lately,” I repeated to my poor roommate. “But just so you know. Never move the dial, and it should be fine. I mean, I think.”

It was at this point that it hit me. My apartment was absurd.

And yet it was the same as every other apartment in Rome I’ve ever been in. Quirky. Obstinate. Temperamental. In need of sensitive handling. And frustrating beyond belief.

She stood over the stove, lighter in one hand, a look of perplexity painted across her face. I recognized it immediately: It was the same look I’d worn for most of my first month, or two, of living in Italy. (Okay, even now). “Yeah,” she said, laughing, a little embarrassed. “Can you show me how to light this?”

“Oh, don’t worry, there’s a trick to it,” I said. And laughed, too. Because of course there was.

I worried, for a moment, that she was going to throw her hands up in the air and move out, in seek of an all-but-imaginary “modern” Rome apartment, or beeline back to America, land of functioning showers and laundry machines and stoves. Instead, she grinned, too. When she finally got it down, we both clapped.

We were half-kidding, but only half. Because sometimes, in Italy, even lighting a stove can feel like a victory.