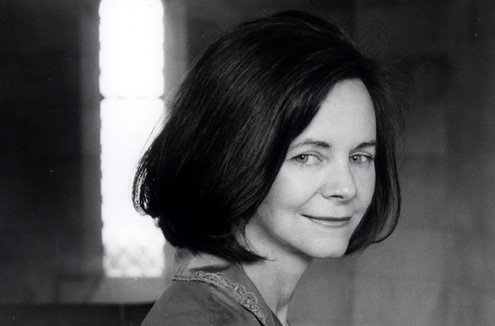 And there is an up side. Namely: “People” is Alpha introduction to Scriptorium’s own book category: PHEW (Post Historical-Era Works).

What is it that the NOWs say? Forget the past; that’s all history now. H. viewed as: intriguing treasure trove of long-ago, quaint details. Disconnected from intrusive beasties like significant pattern or referent timeline. Just like “People.”

For despite Brooks’ two previous, document-grounded “historical fictions,” (Pulitzer to the second, “March”) her third foray respects capital-H History to the point of avoiding it almost entirely. All is pseudo. Watch how this work enters the funhouse Land of Phew.

five clues (never) found in this Haggadah (an insect wing; a redly stained page). Around each she develops …

Brooks loses her plotline. Here’s an oddly disjointed work. No interaction between Hanna’s main-story and the clue back-stories. We readers get pretty fables. Hanna only learns century and geographic area. About any alcoholic Inquisitor, our protagonist is out in the Sarajevo cold.

Lacking coherent novel, Brooks tries to keep readers awake with market-reach riffs, in the mainstory or its five subs.

Topics: Jewish rites and traditions; Muslims, Jews and Christians seen as cousins under the skin; Australian continent as exotic back-setting; attractive antique-book detective pulls global research. And — did you guess? — has a tortured romance with Muslim Museum Director.

Then drop in the pot: heroine’s lifelong identity conflict — unrelated to book investigation but amply shown in sub-sub episodes with superbitch, top surgeon, domineering and Single Mom. Who refuses to reveal the (dead, artistic, hugely famous) biological father’s identity. Frankly, we readers have no idea what the surgeon lady/heroine conflict is doing in this “historical panorama.”

And Brooks forgets to tell us.

Wow. People certainly offers a dollop of appeal to every taste and interest. And satisfaction to none. Much glitter gabble about the long-ago; nothing of the actual, mass dramas that have signaled our common path.

Memo to the reader: in real History the phrase “people of the Book” refers to the Jewish people, their homage to their codes. Whereas Brooks’ “people” are multi-racial and imaginary. Quirky, entertaining figures who might have handled the S. Haggadah during its mysterious centuries. Might — if pigs can fly. This author’s blithe distortion of an age-old attribution of the Jewish people is, at best, disturbing.

But that’s what happens when hoary old History takes back seat to entertainment.

Lots of “fictionalized histories” popping off the presses these days. When you meet them at your local bookseller and read the jacket blurbs you’ll find PHEW a useful acronym. Say it aloud. Hear its lower-case cousin wheezing? Doesn’t it seem to say: gettin’ tired of this nonsense.

Because despite our shared third millennium need to formaldehyde cultural dinosaurs, History (timelines and such) are not on our hit list. Partly because without them we have a rough time defining a dinosaur. Partly because the old folks didn’t get it so very wrong when they insisted, “One thing follows another. Like the night the day.”

That seems simplistic. But it’s hard to beat. And Brooks’ pseudo-history rummage sale doesn’t knock it down at all. PHEW.