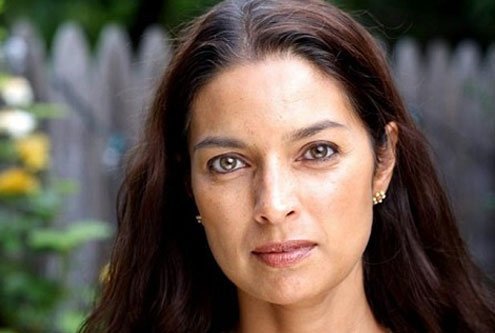 umpha Lahiri’s “The Lowland” (Bloomsbury: London, 2013) is surely her finest work. Yes, she’s still using that Bengali-to-U.S. immigrant format. But — at last! — she eliminates her earlier grumbling cast of sari and samosa nostalgics. With immigration now viewed as one of many dislocation shocks, Lahiri tackles the global alienation malaise head on.

Against the background of India’s recent, tumultuous half-century, two Bengali brothers choose to conflict with India’s powerful family traditions. Subhash will be off to the States; Udayan, to a revolutionary political cell, at home in Tollygunge, Calcutta.

As young boys they were playmates in the lowland neighborhood that gives this book its title. The setting also serves as her story’s beginning and end. It is in these lowlands, early in the novel, that a tragic death plays out, adding an additional swerve to the narrative arc of displacement and loss.

Lying at Calcutta’s southern rim, the apparent tranquility of Tollygunge’s small and low plain belies the rush of history beyond its borders. India is partitioned. There are brutally suppressed peasant rebellions in outer provinces. Homeless Hindu refugees throng the local streets.

Despite riots at Calcutta University the brothers earn degrees only to enter a jobless economy. Subhash’s oceanographic studies have one viable future: American PhD work. Insisting that emigration would be a horrific mistake, Udayan drags his brother to secret political meetings. He insists they must stay at home and fight poverty and oppression. He means with the country’s Maoist-influenced Naxalite movement.

Subhash resists: “China isn’t India! We have different problems.” And he leaves for America’s smallest state, Rhode Island, a horseshoe of land awash in Atlantic coastal waters. Though bereft of family and without friends, he finds sustaining purpose in his research. And peace in the gentle landscape of his new “home,” described by Lahiri in brilliantly fresh naturalistic detail.

In Calcutta, Udayan plunges into terrorist action. A true rebel? Not exactly. Rejecting the tradition of parent-selected bride, he chooses Gauri, a feminist philosophy student, and weds her in civil rite, putting aside the customary ceremonies. Yet he insists they live in his parents’ home, continuing the “joint family” tradition in which each son’s wife must share in household work.

Udayan plots to free oppressed peasants, but can’t see that he’s enslaving his wife. When she argues that long daily tasks leave little time for studies, he replies, his reply couldn’t be less radical. “Wait until Subhash comes home and gets married. Then a second daughter-in-law will help with chores.”

But Subhash doesn’t intend to go home. Only tragedy will eventually bring him to India, but only briefly.

That tragedy comes via telegram. Udayan is dead and Subhasha returns to Calcutta for the funeral. But he’s forgotten the lay of the land, “the concentrated stench of so much life … the open septic tanks everywhere.” Even the buildings seem lower, smaller. He realizes now that his family is bound to ritual as to a burning stake. They refuse to tell Subhash how his brother died. The topic is forbidden.

Gauri is the only pleasant surprise. She’s independent-minded, dedicated to her philosophy studies, and pregnant. Subhash learns that his parents have a plan for this untraditional woman: After she gives birth they’ll evict her, and keep their grandchild.

To take her and the child to safety in the U.S., he marries his brother’s widow, promising to make no sexual demands and to ensure her studies in the new world.

Subhash is soon a devoted “Baba” to newborn Bela. For her part, Gauri finds parenting just more enslavement. Saris give place to jeans; long hair is shorn to the ears. Her life passes in study. One day, returning home, Baba and Bela find Gauri’s farewell note on the table. She’s left to continue her research elsewhere. There is no forwarding address.

Abandonment brings Bela both rage and confusion; in her teens she, too, runs away. Years later, having discovered her own life-satisfying work, she returns home, pregnant. And Subhash decides this adult should finally learn the truth: that Udayan is her biological father. He explains that his brother participated in a political assassination: Then, discovered in his lowland hideout, he was gunned down by Indian police — so many lives undone during India’s 50 tumultuous years. Yet, “dislocation” has also surprisingly taken many shapes and forms.

Tracing these contorted life paths, Lahiri ends her multi-form tale with Subhash in his 70s. New choices still to be faced, by all.

Lahiri probes the nature of shattered identity with nuanced sensitivity. “The Lowland” is, at last, her universal story. It is about the endless struggle to gain a private purchase in a fractured world.