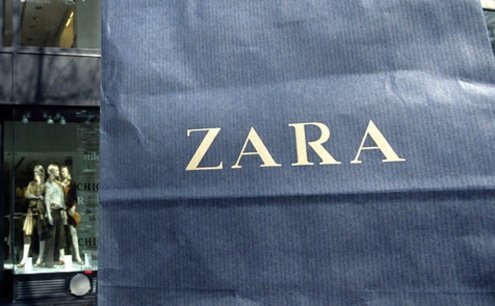 I will teach you the art of Italian dress, you don't worry.
S

ome Italian words and phrases cannot be translated exactly into English. Consider impegnarsi, raccomandarsi, essere precisa. The latter took me the longest to understand. My ex-boyfriend (Romanissimo from Prati) tried to explain it to me once after having called me a zecca, the opposite of precisa.

We sat drinking Aperol Spritzers in Piazza delle Coppelle and Mr. Preciso, noticing all the precisa girls passing by, became increasingly impressed with his country and its flair for style.

A forty-something woman walked by in tight black shorts and high-heeled cowboy boots, her tan-stained breasts heavily adorned with silver and gold. I asked him if she wore all of the jewelry she owned in order to take it with her to the after-life in case she had an accident.

I asked him if he was preciso. He looked at me sternly for a long moment. Then pointed to the double M embroidered below his shirt pocket. I told him I knew his shirt size was a Medium, and reiterated my question.

“You understand nothing, Julianne,” he said, shaking his head sadly. “M.M. doesn’t mean Medium. It is my initials. When I take my shirts to the tailor, he put my initials on them. That is as preciso as is possible. You can learn a lot from me.”

A young Roman walked by in gold shoes, dark jeans, stone-washed jacket, and day-glow green shirt. “Precisino.” Marco admitted. I, on the other hand, absolutely not precisa, wore coffee colored mary-janes, olive trousers, and a wool cable-knit turtleneck. “How is it that I am a zecca,” I asked, “and those Italian girls in jeans were precise?”

He said seriously, “Most Americans are zeccas. Most Italians are precisi. But I will teach you the art of Italian dress, you don’t worry.” As I looked around at all of the pointed stilettos and decorative buckles I wasn’t so much fretting my style as I was fascinated by the word.

The next day I asked Leo, my 13-year-old Italian student, “Am I a zecca? He beamed excitedly. “Yes! Very zecca. Me as well! We are zecca!” I asked what it meant to be zecca. “In Roma it means you wear the big pants and want the peace.” I was happy to have clarified that much, but suspected that there was a more well-formed definition. So I went to the dictionary. The first and only definition of zecca was “tick.”

A few nights later Marco and I sat drinking wine and waiting for friends in the university neighborhood of San Lorenzo. He pointed out how many “ticks” there were among the loitering students in the nearby Piazza dei Sanniti. They were the left-wing, pot smoking, dread-lock twisted, poly-pierced, leash-less dog owners. I sighed a long, “Aaaaaah” of sarcastic illumination at having found my style classification, and gazed deliberately down at my own orange flowered sundress and mini-sweater.

I brushed back a piece of hair and tucked it with a pin into my tight chignon, slowly uncrossing and re-crossing my legs to display my neat light brown and white leather sneakers. But Marco didn’t seem to notice a difference between me and the grungy piazza.

In the silence of sipping and waiting I recalled my most recent trip to the United States. I went to do some routine grocery shopping in my suburban home town but was stopped in my tracks at the entrance of a luminous, air-conditioned warehouse. It seemed that everyone had forgotten to get dressed! Pajama pants floated down aisles atop fuzzy slippers; sweaty gym shorts and basketball jerseys left unpleasant odors; static ponytails flopped from bobbing bed-heads. In my mind’s eye, I saw my boyfriend’s point about American laxity.

“But how am I a zecca?! Just because I am American?”

Marco looked at me as if it were obvious. “No, no, no. Mica per quello. Is because you… Look, even now, you wear the orange, brown, green. You wear always the cotton. You buy always second-hand. If you want to be precisa, you need to wear the black, white, red, and purple. And dark blue. And precisa fabrics, not the cotton always. We go tomorrow to Zara.”

I took precisa fabrics to mean polyester blended with anything, to give it that sheen, the one that says “Made in China by a small child.” It wasn’t a matter of dressing well, but a matter of dressing appropriately according to the Italian norm. Leo’s awkward explanation had been exact, and suddenly I beamed too. In Roman terms I am a tick. As Leo said, I wear the not-so-tight pants and want “the peace.”