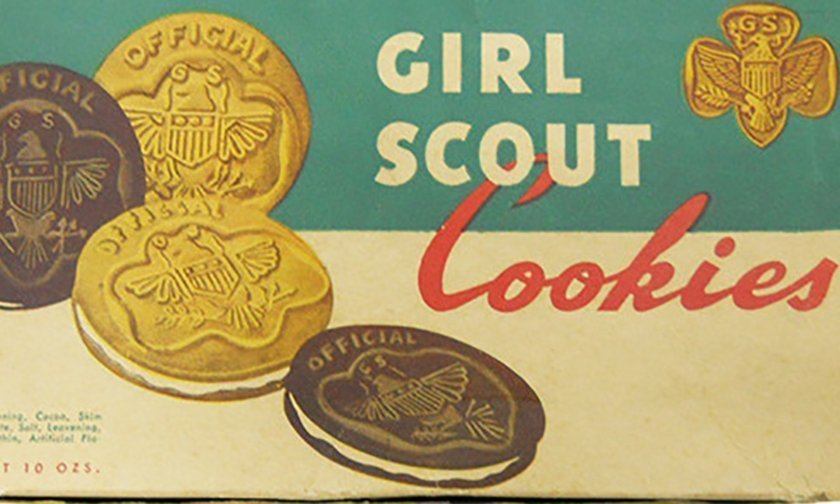 Once upon a (Brownie) recipe.
T

he other evening, while savoring a piece of cheddar, I got to thinking about why we love certain foods above others — even if it’s just a slightly burned grilled cheese sandwich or a fig plundered from a neighbor’s tree.

For me, food is overwhelmingly evocative. It can often be associated with an event, or with a special person or group. Together, the food and the people seal evergreen moments.

My very first cooking lessons came when I was in my Brownie troop, at the ripe age of eight. I was handed a little paper cookbook that, after tasting the still warm, one-bowl creation handed to me, I decided contained the world’s best-ever chocolate cake recipe. It was a precious awakening.

Decades later, even after years of baking a gazillion chocolate marquise and moelleux Valrhona chocolate cakes, I still can’t forget the cooking lesson that produced the one-bowl version made with Hershey’s cocoa. It represents a sweet beginning, a kitchen epiphany that would change my life.

That, and the exquisite tuna fish casserole that we made as our Brownie plat du jour with cream of mushroom soup and a potato chip crust.

Suddenly I was on my way. If only I had had a chef’s hat; I had, after all, become a cook.

Other poignant moments have come to linger in my taste memories: boiled octopus in a tiny Spanish village during a spring festival, great steel vats of bright pink tentacles served on a plain white plate with fresh bread and a glass of the local wine. We’d only chosen that town as a freeway pit stop, never expecting to be treated (in addition to our exquisite octopus) to an Elvis Presley look-alike and his band, breaking joyfully into “Blue Suede Shoes” as the town’s Elvis gyrated on stage.

On Capri for my husband’s birthday, we hiked up into the hills, never imagining that we would find everything out of season and closed. But we stopped to watch a young man carrying his fishing pole and a magnificent fresh sea bass into a small restaurant.

Venturing hopefully down a little walkway, we found that it, too, was shut.

Turning to climb back up the path, the young fisherman came after us to say that his family needed a dress rehearsal for the next day’s opening, and could we please be the guinea pigs.

After crostini, olives, and a crisp white local wine, we passed a magical birthday afternoon under Capri’s fragrant wisteria, eating the best sea bass we had ever tasted and dreamily gazing under April’s soft sunlight at the wine-dark sea.

But food does not have to be exotic to be remembered.

Memories of a small water glass of “loose” wine from a cask and a simple bowl of homemade fettuccine (the one-page daily menu offered only meat or pesto) in a workman’s café in Tuscany remains locked away and unforgettable.

Ah, lunchtime in Italy. Every day, plum tomato sauces simmer in practically every household where cooks still reside. The heady fragrance of onions and meat waft out of open kitchen windows, this conspiracy of the country’s true soul and smell.

Once, the elegant owner of a trattoria (who was helping the one waiter she had left after losing the other to an August vacation) emerged from the kitchen to grace our table with a perfect, ripe, sweet, golden peach the size of a bocce ball, exclaiming with pride, “Now, this is a signora peach!”

And what about that time in the underground car park waiting for the Writer’s Guild movie to start? Our picnic included martini-and-tuna-salad sandwiches. And what about that spur-of-the-moment-cheese-and-baguette picnic on a little white road in France? To which I’ll add every surprising never-before-tasted dish, wherever we were.

We should be thankful. Our memory lane, more than most, runneth over with signoras.