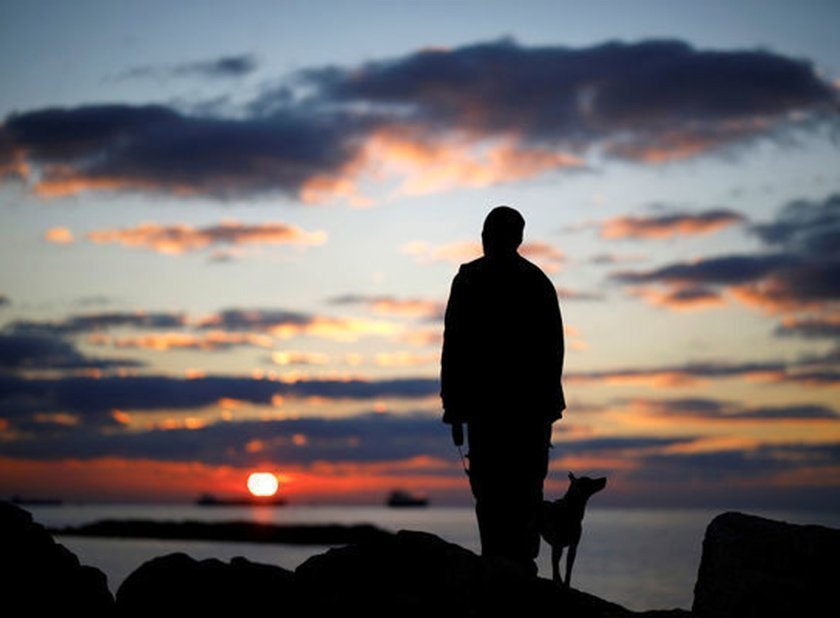 At dusk one takes out the trash, lets the dog out, and reviews the day.
M

y last task of the day is to carry out the garbage bin or, as the French call it in their own more poetic way, la poubelle agréée. Every evening I am reminded of Italian author Italo Calvino’s witty piece by the same title, which appeared first in the literary review “Paragone” in 1977 and was later included in Calvino’s 1990 collection of essays, “La Strada di San Giovanni.” The French word for garbage bin confers everlasting fame on Monsieur Eugène Poubelle, once Prefect of the Seine, who in 1884 ordered the use of refuse containers in the polluted streets of Paris. His ordinance also gave instructions as to the kind of containers that were to be used. So, it was an agréée garbage bin, a word that in context can mean agreed-upon and agreeable, which is to say inoffensive to Parisian eyes and noses.

By the time Calvino settled down to write in Paris, the poubelle agréée had been transformed from its first, noisy incarnation — a bucket of battered tin — into far more agreeable plastic. This did away with the sound of clanging lids, flung on the pavement by the thoughtless éboueurs, or chargeurs d’ordures, (two appellations for “garbage man”, what a genius the French do have for agreeable names!), and disrupting the well-deserved rest of the denizens.

It was the French who decided on the aesthetics of garbage, and since the 19th-century all have worked at making a disagreeable task more agreeable.

My southern Apulian village also took after Paris, replacing metal bins with plastic containers. In addition, as everywhere, their numbers have grown.

The new system of refuse collection by category requires possessing an array of poubelles, each of a different color, so as not to confuse the collectors. At the moment, we have yellow for plastic and metal, blue for paper, brown for kitchen wet waste, green for glass and gray for non-recyclable materials. Unless you have a garage, finding room for all of them requires summoning a not small amount of patience and creating a, shall we say, flexible approach to interior design. The balconies of city apartments are decorated with these ungainly specimens of modern art, which the flat owners try to camouflage behind pots of geraniums. I always need to have a look at the calendar, because glass and paper are collected on Thursdays: glass on the second and the fourth Thursday of every month, while the first, the third and the fifth Thursday are paper day. When I sometimes happen to put out the glass container instead of the one full of waste paper, I find it still full the next morning, with a post-it stuck on the lid: “Rifiuto non conforme” (“refuse not in compliance”). That implies that I will have to wait another week to have my glass collected, and two more weeks to get free of the immoderate quantity of paper that we mysteriously keep producing in our family of two, both our daughters now living on their own.

In his essay on the daily act of removing the detritus created by the very act of living, Calvino contemplates life, death, and our role in civil society. He wrote that “…through this daily gesture I confirm the need to separate myself from a part of what was once mine, the slough or chrysalis or squeezed lemon of living, so that its substance might remain, so that tomorrow I can identify completely (without residues) with what I am and have. Only by throwing something away can I be sure that something of myself has not yet been thrown away and perhaps need not be thrown away now or in the future.” He adds that the satisfaction he derives from this act is “analogue to that of defecation, of feeling your bowels getting vacated, the sensation that for a moment my body contains nothing else but me, that there is no possible confusion between what I am and what is irreducible extraneousness.”

As for the equation: expelling-refuse-from-the-house=defecation, well, yes, one must admit that there is a similarity.

I do not harbor such philosophic thoughts at night, nor am I convinced that there is something of myself that need not be thrown away. (On the contrary, a lot has already been thrown away!) As for the equation: expelling-refuse-from-the-house=defecation, well, yes, one must admit that there is a similarity. Yet, the act of lifting the right garbage container and dragging it outside, of opening the front garden wrought iron gate and depositing the bin on the pavement, marks the end of the day. The dogs usually follow me outside in the deserted street of our neighborhood right at the margin of the countryside. They briefly patrol the surrounding area under the yellow light of the street lamps, their nozzles to the ground, checking the topmost scents at corners and at the foot of the trees, and at my whistle they trot back. Unless it rains, I sometimes take a short stroll around the block with them, while I go through the events of the day, lest there is something I have forgotten, usually to pay a bill or to return the phone call to a friend. My smartphone will take care of reminding me of that tomorrow. Mostly, I conclude that I have done what I had planned to do for the day, or what I have been able to do, depending on the circumstances.

I have taken the dogs out for their habitual two daily walks in the country byroads, I have gone around for shopping and various errands, helped my wife in some heavy housework, and sometimes cooked one of her favorite dishes. I might have made some gardening or some minor repairs that my modest do-it-yourself skills enable me to do, read the papers (printed or online), written a few emails, taken my wife to the hairdresser’s or the dentist’s and back, maybe accompanied a friend to hospital for a check-up, rushed one of the dogs (or one of the various cats that live with us) to the vet, and believe it or not, even managed to sit down at my computer and translate a few more pages of the latest book the publisher commissioned me. I can now enjoy for a few minutes the cool evening wind blowing from the fields and the distant low hills and dispersing the smell of exhaust hydrocarbons, that drifts in the air during the day. The rest will have to wait for tomorrow, after the six o’clock coffee.