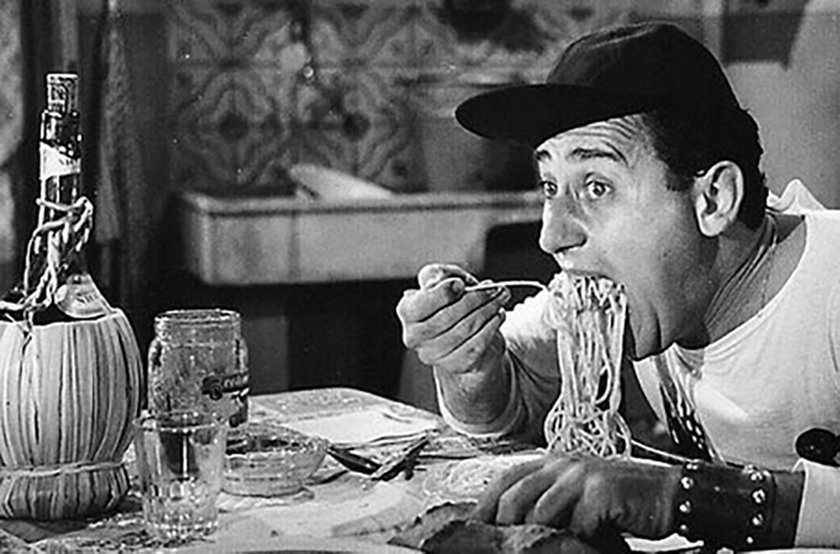 Learning to eat is an art Rome teaches with gusto.
N

ot so long ago I was feeding my daughter Julia bites of sweet potato fries at dinner. Suddenly, though, she stopped eating — not unusual behavior for a toddler. Not wanting to waste food, I began eating her fries.

Mama’s a good eater, I said.

Why is Mama a good eater? she asked.

As a toddler, I dispersed my peas and carrots in the toy room.

She’s learned it over a lifetime, her father, David, replied.

In part, he was poking at me. I eat a lot — in fact, more than he does. He’s not alone. I’ve out-eaten every man I’ve ever been with. I have a racehorse’s metabolism. I also have a finely-tuned palate. If something is off in a meal, I can usually diagnose the problem.

David’s comment got me thinking about my eating history, because I haven’t always been a good eater. I was actually born a picky one. As a toddler at the dinner table, I would apparently collect my peas and carrots in a napkin and disperse them in the toy room, lining them up in patterns along the wall. I rejected ground beef because of its texture, and, by extension, hamburgers. I had a distinct aversion to the very idea of hot dogs, a food I’ve not tasted to this day.

I also had a few beloved foods: chicken, especially fried; broccoli and cauliflower; and pretty much anything sweet — except pop tarts, my brother’s domain. My favorite sweet was ice cream. My first food memory — which also happens to be my first memory in life — is eating vanilla ice cream. I have a picture memorializing this moment. I must’ve been about two years old. I was wearing a sky-blue onesie, and my head is tipped up, like a little bird, toward my father, who is feeding me the ice cream. It’s is still my go-to, my comfort food.

The rest of my childhood and adolescence, however, were fairly nondescript for food. My father doesn’t know how to cook, and my mother didn’t really like to cook. I remember catching her reading books while making dinner. By the time I was in high school, I was fending for myself, toasting bagels for dinner. In college, I subsisted on couscous, muffins, green apples, and coffee.

And then, I went to Italy. As with many expats, Italy revolutionized the way I ate. But even before eating Italian food, I remember smelling it. This makes sense, since scent is closely entwined with palate. When I walked into Campo dei Fiori for the first time, I smelled pizza bread baking at the famous Forno. At the open-air market, I took in the wonderfully fresh scent of fennel and blood-red oranges; and espresso in the cafes.

Giuseppe told me, “I fell in love with you because of the way you eat.”

It wasn’t until I met my Italian boyfriend, Giuseppe, that I really began eating Italian. Our first few months together were a culinary courtship. We had porchetta in the Castelli; pasta all’ Amatriciana in Amatrice, pizza in Naples. Some of the best meals were at hole-in-the-wall places outside of Rome, as well as a casa, at Giuseppe’s house, where I learned not just what to eat, but how to eat: salad after the main course, fruit to follow a meal, a bit of bread for la scarpetta, to scoop up sauce. I learned that a good caffè can cure just about anything — which I still believe.

Once Giuseppe told me, while we were eating, “I fell in love with you because of the way you eat.” I blushed, delighted. It was a ticket to gluttony. Sometime later, he dubbed me a “mangione,” which roughly translates as “good eater.”

This title has followed me back to the States. It’s hard to find authentic Italian food here, but I gave David a Giada De Laurentiis cookbook for his birthday, a self-serving gift that so far has sated my appetite for the real deal.

I’m lucky that David is a good cook, reared in Southern cooking traditions. His mother made homemade desserts every night, and buttery biscuits for which no one apparently has the recipe. She’s sent me recipes for other things, like sour cream corn bread, and I gladly hand them all off to David, since, like my mother, I’d rather be reading than cooking. And eating.