Where winter is here 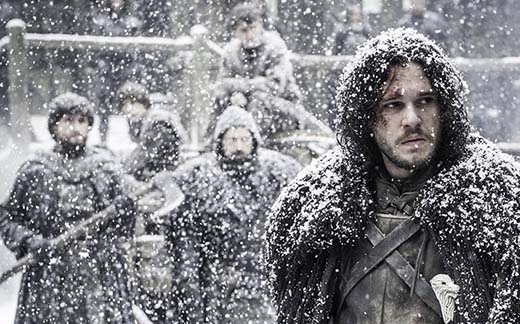 In August Australia, you can stop talking about winter coming…
I

’m on an extended vacation back home in Australia, and I’m feeling my age. Not my literal age but my metaphorical age, and that extends across species.

Your spirit animal might be a wolf. Mine is Cotton, a geriatric cat with no teeth.

It’s winter here, and all are at work. All, that is, except me. I’m soaking up these last few weeks before returning to the Tuscan sticks. My two partners in crime are the only two people I know who don’t have day jobs, my octogenarian grandparents. And together we’re living our best lives.

Yesterday, we had one goal — to buy an axe. This is familiar terrain for me, as every six months, my Nonno asks me to take him to the hardware store on an axe mission. I think he loses them in the massive pile of wood he hoards, just in case the winter from “Game of Thrones” blows through suburban Melbourne and he feels compelled to burn a pyre’s worth of fuel.

They have central heating but they don’t trust it. Gives you asthma.

I have lived my entire adult life in small-town Tuscany, so there are certain things about “city life” that now confuse me. Huge supermarkets selling aisles of shiny packaged snack foods, for one. Another is eating at a restaurant that doesn’t serve some variation of wild boar with red wine for under €10. And trying to remember how to get to the hardware store in the suburb adjacent my own is the latest. I once knew where it was, but I couldn’t figure out the route.

Signor Trambusti has a store with a name that no one remembers because everyone just calls it Trambusti’s.

Buying an axe in Tuscany is simple. You can’t. So you borrow your father-in-law’s, or you go and have a lengthy conversation with Signor Trambusti about the merits of an axe vs. a saw before he promises to order you an axe (but never actually does). Signor Trambusti has a store with a name that no one remembers because everyone just calls it Trambusti’s.

Back in Australia, I get in the car with Nonno, and after 20 minutes I realize I’m lost.

Luckily, a hardware store appears in my line of sight. But it’s not our hardware store, and my Nonno is very aggressively muttering about how this one is unlikely to have an adequate supply of axes.

A quick note about grandfathers. They come in two forms: Sweet old gardeners who slip you dollar bills when you visit, or hardened men from Calabria who are four-foot two, squat, and always red in the face. Calabrian Nonnos know every swearword in English and can install a gas oven in 15 minutes. Naturally, my Nonno is of the squat kind and does not suffer fools lightly. And by fools, I mean anyone who does not follow his instructions to the letter.

Unimpressed by the axes on offer and insisting his hardware store was much better (though they both belonged to the same chain), we finally settled on the cheapest axe and shuffled back to the car.

A quick errand had taken us 45 minutes, and Nonno berated me for mistaking the route, listing the correct streets from memory. A former truck driver, he is a human GPS, and I’m beginning to think he let me get lost intentionally. All the while, the seatbelt alarm was shrieking in a constant ear-splitting whine only I could hear —Nonno is deaf. Deaf, and yet committed, like all Italian seniors, to never wearing a seatbelt, no matter how many times he is asked to.

At this point, my hair was falling out in chunks, and I was jumping at the sight of any vehicle that even looked a little like a police car. We saw two before we turned into my grandparents’ house. My Nonna was anxious to eat lunch. It was 12:10.

As we ate, my Nonno proved that his hearing was not completely impaired. Nonna was halfway through telling me that their hometown in Calabria predated Jesus when Nonno piped in. You can always tell he’s heard something he doesn’t like because his chin points skywards and his chest puff outs.

“How can it have existed before Jesus when Jesus made the world?” he shouts.

“How can it have existed before Jesus when Jesus made the world?” he shouted. The shouting had nothing to do with the deafness. He’s always shouted. It’s the Calabrese way. He then launched into a 15-minute rant about the utter “bullshit” of this predating theory in his own blend of pidgin Italian peppered with all your favorite English curse words and Australian slang, all of it employed with jaw-dropping precision. Evidently satisfied, he ended by telling us the “Germans” knew what they were talking about when it came to religion, thank you very much.

I wanted to clear the air by saying I was pretty sure he wasn’t talking about the Nazis. I, like many southern Italians, he has some very distant (emphasis on the distant) great uncles who married into the family. They may or may not have worn black shirts and may or may not have permanently vacationed in Argentina after World War II. My Nonno was a child during the war, so he wasn’t swayed either way.

As I type this, I still have no idea what he meant. We tried to explain to him that Jesus and God were different figures, and possibly allegorical ones, but he was having none of it.

Thankfully my grandparents nap after lunch, so I can make my escape.

I’ll be back tomorrow, and the next day, and every day until I return to Italy. My Nonno is the most exhausting and stubborn person I know, but he’s also responsible for everything my family is today. When he was younger than I am now, he left the only home he’d ever known to immigrate to a place he’d never even heard of.

He left his family, got on a boat, spent a month at sea, and started all over again without speaking a word of English. He worked his fingers to the bone in the most degrading and difficult jobs until he could finally retire. And he did it all so his children and grandchildren could have a better life.

So if he wants to tell me Germans hold the answers to the one true religion and axes are better in one store than another, I’ll happily let him have at it. I just won’t be doing it anywhere that requires a seatbelt.