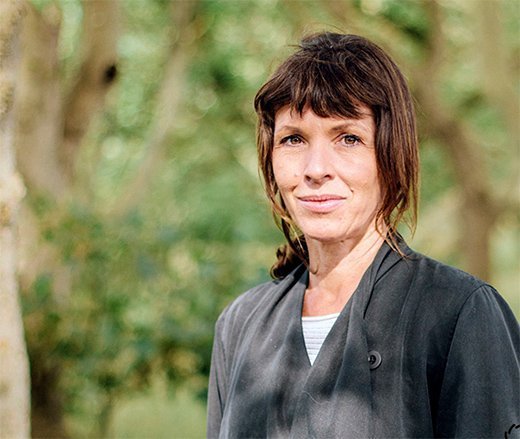 The final book in Rachel Cusk's "Faye" trilogy is "Kudos," and its portrayals are mordant.
R

achel Cusk’s recent “Kudos” closes a brilliant trilogy of novels —beginning with 2014’s “Outline”— that was dubbed “Faye” by some, since all three books share the same narrator. Faye is a fortyish British writer with knife-sharp insight into all the people who slip into her life, however briefly. A passive listener, she picks up life’s stories in planes, restaurants, hotel lounges, and literary events. An inviting target for compulsive confiders, she records their hopes, pleasures and doubts — and the latter are ample. Her transcribing is cool if not sometime pitiless.

Each volume is engrossing as a stand-alone. Yet when the trilogy is read together, similarities in characters, themes, episodes and vignettes acquire drama strength through repetition. Cusk’s narrator is repeatedly doomed to confront dysfunctional families, personal betrayals, and disintegrating souls hopelessly in search of identity.

“Outline” opens with Faye listening to a fellow passenger during a flight from London to Athens, where she’ll be teaching writing. Like many trilogy characters, this airplane “neighbor to the right” is never named — a neat trick to universalize all those she meets. Her unnamed traveler complains that his angry second wife felt cheated. In exchange for her great beauty, she sought the moneyed life. But that life, which he’d promised, was already gone. Unhinged, she “accidentally” locks his eldest son in a dark cellar, a cheerful opening gambit that presages more darkness ahead.

Back in England, Faye asks, “Wasn’t the woman right,” in reference to the wife, “to feel cheated and leave?” So many of her trilogy actors feel deprived and incomplete.

Cusk uses Faye’s “I’m just reporting” to create a powerful illusion. Her narrative world exists for its own sake, as is, free from the author’s intrusions. Far-flung encounters in her writer’s circuit (and her own bitter experiences) suggest a vacuously cruel vision of humanity.

In “Transit,” the second volume, Cusk pinpoints the trilogy’s identity-fracturing transitions. A year after her disastrous divorce, Faye returns to London with her two sons. Against all professional advice, she picks a run-down home, which she’s determined to remodel, in an unfamiliar area of the city. Below her is a nearly-insane old couple and their grotesque dog, which barks incessantly. Her sons are so disoriented they keep losing their way home, even during their daily school route. Why, the question arises, did Cusk force Faye into this punitive choice? The question goes unanswered.

Faye herself soon finds a circle of friends and events that suit her literary tastes. Once again, all those she meets, as well as those who come to know her well, open their lives and almost incidentally share intimate stories, in some cases solving what earlier seemed to her mysterious aspects of their characters. Faye, as self-effacing listener, occasionally shifts into a first-person presence, in one case harshly etching and scrutinizing the failure of a foul relationship.

Even parents and children seem haunted by doubt or locked in silent combat. This can take its toll. In one blood-curdling scene, she dines with her cousin Lawrence. Angelica, his daughter, overhears her mother casually mention the hitherto unknown name of her biological father.

The girl rises at her place, and one by one, the other children stand with her. Tears stream down their faces. “The candles flamed around them, streaking them in red and orange… it almost looked as if they were burning.”

It’s a stunning scene, painfully rendered by Cusk’s harsh but graceful prose that exposes the raw innards of a family built on deceit.

In all three books, Faye hears disturbing vignettes regarding pets, mainly dogs, as if they carry a symbolism all their own (“a huge, putrefying dog carcass sprawls across a sidewalk.”)

In “Outline” Mimi gorges on food, whether on a table or a counter. Viciously beaten, she destroys cushions and lamps. Finally, when the front door is accidentally left open, Mimi races away forever.

In “Transit,” Faye’s friend Gerard talks about Trixie. On a leash, the huge dog writhes in turmoil. Briefly cut loose from her restraints, Trixie is also gone for good.

In “Kudos,” a family adopts a puppy, naming him Pilot. But Pilot soon grows into a massive shaggy beast that begins to exert control over all aspects of the family’s behavior. When menacing behavior is added to the mix, all seems adrift. The situation unveils savagery on both the animal and human sides, with family strife in the middle. The male narrator of this story has Pilot, who is dying, put down, but does so without telling his wife or daughter. Repercussions are implied. The Pilot story is so layered in ambiguity there’s no telling who’s sicker, the aggrieved man or the huge but cancer-stricken dog.

Faye meets the man who tells her the Pilot story where else but on a plane. But most of “Kudos” unfolds at a literary festival somewhere in Europe. Once at the festival, she meets an array of “literary” and “cultural” types who waste no time spouting pseudo-philosophical notions regarding identity and the worth of literature. As in the previous installments of the trilogy, various interviewers babble at Faye, though, absurdly, not one ever bothers to converse with her. Overplaying satirical is Rusk’s one substantive shortcoming, since boring characters bore the reader.

Thankfully, Cusk regains her harder side when Faye meets with a few feminist friends, all of them busy detailing the ways in which men oppress women. In passing, they reveal that Faye has remarried. Given her hideous divorce, they can’t understand why. She had thought, she replies, that things would be better this time. “Had thought”? It’s a dark farewell.

In all, Cusk’s trilogy ruthlessly dissects human comedy, one that has little room for the word happiness.