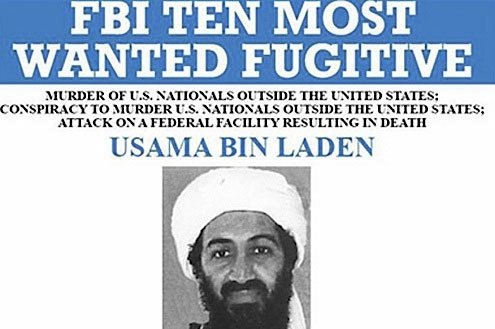 The Afghanistan triumph worked only in the abstract, as an arcane military-corporate takeover.
I

n May 2002 I arrived in Washington, D.C. from Prague for a visit that would ultimately last three months. It was my first trip home since the September 11 terrorist attacks. Flying from New York City’s La Guardia airport to Reagan National aboard the Delta Shuttle I was picked for a random security check (“Why did I live in ‘Czechoslovakia’?”) and then sat hushed as the flight attendant explained new federal security policy that barred passengers from standing up during the flight. “If you wish to use the facilities,” she said cheerfully but slightly embarrassed, “now would be a good time to do so.”

By June, the Afghanistan war — a predictable consequence of Osama bin Laden’s ties to the Taliban regime — had been “won,” with the Taliban pushed out of Kabul.

But the victory’s psychological insufficiencies were clear. Few in the media knew much about Afghanistan, nor could the public see into caves. Bin Laden had not been captured. The triumph worked only in the abstract, as an arcane military-corporate takeover. It satisfied neither vendetta’s requisites nor assuaged a nation still unsettled by the audacity of the September attacks.

I mention this because the Iraq-chastened American press is now locked in a belated mea culpa as pundits and deep thinkers (PBS’ Bill Moyers among them) attempt to divine why the media slept, or more precisely why both before and immediately after the Iraq invasion few reporters and analysts examined the war policy with a critical eye.

A trendy answer is that fear cowed smart men and women into deference and conditioned them to look to the White House for signs of anxiety and reassurance. Given a path through the woods, they were asked to hew it. Straying was tantamount to appeasement, a word abused beyond recognition.

In a documentary called “Buying the War,” Moyers examines the media side. How, he asks, did mainstream journalists “suspend skepticism and scrutiny”? How did they come to facilitate a patriotic propaganda machine? The answer, he suggest, runs parallel to the public model: probity was quashed in favor of a near-hysterical addiction to threat and personal jeopardy. Full-blooded retribution demanded a tangible scapegoat. Saddam Hussein fit the bill.

By the time I reached Washington it was clear that the Bush Administration had made up its mind to invade Iraq, though without a timetable. The absence of skepticism and scrutiny (though there was little of either) depended less on conformity than on a limited worldview. American reporters were eligible for duping because they their untrained insight left them squarely in sycophancy’s way. Though street smart, the American press betrayed parochialism when faced with non-Western realities. Few reporters and editors had traveled; fewer still had been stationed for any length in foreign nations. A complex and stressful international political puzzle was left at the mercy of one version of current events.

Americans ceded to militant enchantment (the official framework) because their instincts were tuned to domestic franchises such as abortion rights and race relations. When it came to world affairs and the complexities of terrorism, opinions and deductions were wildly immature. Context was sacrificed to the hysteria of the 24/7 news cycle.

In Vietnam, it’s worth noting, journalistic dissent arose only after correspondents lingered long enough to develop a vision of indigenous circumstances and personally challenge official accounts as misleading and inaccurate. It was anything but instant and depended on “acquired” intuition about the country, the region, the people.

The post-Soviet period anesthetized such acquiring. Before September 11, newspapers and TV outlets had scaled back coverage of foreign realities considered too remote and of little public interest. Few reporters ventured east of the Balkans and fewer still mulled the secular traditions of Arab nationalism, into which Saddam’s dictatorship fit. No one weighed tyranny’s role in a sectarian powder keg, nor imagined the scope of its unleashed volatility. The reasons for the collapse of the region’s last autocrat, Iran’s pro-American shah, were put aside. More importantly, American publishers relied on officialdom for information, much of which was tainted by commercial concerns.

Saddam’s desperately downtrodden Iraq was transformed into a faux-Nazi fortress because there was no American worldliness to challenge the obstinate bluster of the official line. Reporting on patriotic militancy (and militarism) helped smooth away the self-consciousness of many people knowing too little. Ignorance is action’s most aggressive ally.

Midway through the pre-Iraq summer I read a report in which a State Department official lamented the lack of Arabic speakers. Most information, she said, couldn’t be decoded. Her despairing remarks read like a prescient postcard from Iraq’s bitter neocolonial present.

Propaganda aspires to control public discourse. It establishes mortal enemies to install baser sensibilities that dispense with subtlety. The mainstream press capitulated to this conformity because it didn’t know enough to talk back. The war was “bought” because doubt couldn’t believe itself. One-stop solutions girded by authority filled in loose ends. Until it all stopped working.

Before skepticism comes qualm, and before qualm the aroma of the implausible. It’s an acquired odor. Fail to distinguish it and rats are peddled as roses. “Many of the things that were said about Iraq didn’t make sense,” said John Walcott, who reported for the Moyers documentary. “And that really prompts you to ask, ‘Wait a minute. Is this true? Does everyone agree that this is true? Does anyone think this is not true?'”

But no one was confident enough to speak. So lies filled in their blanks.