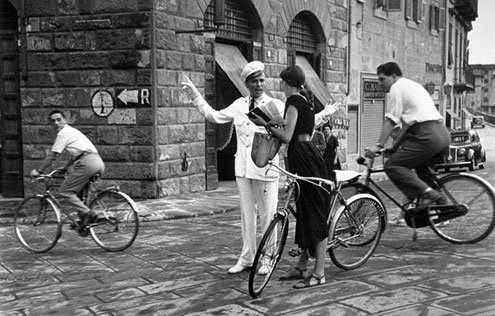 Live and learn, and live to tell about it.
W

henever I go home, I try not to be a know-it-all about my adopted country of Italy. It’s just that I’m not very good at it, particularly when it comes to Italy-related topics — and food.

No, I’m np particular expert on Italian cuisine. Plenty of people know as much if not more about it than I do. (Some of them write for this site).

But when specific food topics come up, I find it as hard to stay quiet as I do to turn down fresh-baked sfogliatelle. Over the years, I’ve had heated conversations about everything from whether you can get a great, fresh meal at any restaurant anywhere in Italy to the origins of chicken marsala.

I’m not sure how I got into these conversations, except that, as both a foodie and history nerd, the notion of culinary authenticity and recipe evolution fascinates me — which can make me forget it might not fascinate others.

Couple that with the Italian penchant to expound on food with passion and sureness (just one of the tics I’ve adopted in my nearly four years Rome life) and you get someone who likes to mix it up. And, okay, even argue. (Here’s a fun experiment: if you ever want to goad a group of Italians. Say the best version of carbonara you’ve ever had was made with both cream and peas. The ensuing onslaught will, I promise you, be worthy of Caesar’s own armies).

As much as I can now argue about food until the (grass-fed) cows come home, I also realize that some things just don’t matter. An American restaurant that says on its menu that it serves “Italian continental” probably doesn’t. What does “Italian continental” even mean? Is it Italian cuisine that’s not Sicilian or Sardinian? Or Italian inflected with French and Spanish?

But even if these inventions produce a lot of confused tourists, who expect what they get at home in Italy, the world has worse problems.

That no longer bothers me. What does is being corrected.

It can happen under the most innocent of circumstances. Take finding bruschetta is on the menu. I’m probably going to pronounce it broo-SKETT-uh, not broo-SHETT-ah.

That’s not because I care how you pronounce it, I don’t. (Unless we’re in Italy, in which case the server might not understand what you’re ordering). It’s also not because I’m trying to show off my Italy know-how. It’s just because I speak Italian — and pronounce the word automatically. Americans grilling burgers don’t say am-BOOR-ger; some Italians do.

That said, Italian is the only foreign language I feel comfortable pronouncing. So, if you really think I’m just being a food snob, just take me to a French, Portuguese, or Greek restaurant. I’ll mangle dish names with unselfconscious gusto. Promise.

None of this matters, of course, if we ignore each other’s pronunciations. If, on the other hand, you look at me across the table and pointedly say, “Oh, you mean the broo-SHETT-ah?” the story changes. I might not argue with you but I will want to throw a slice at your head.

Then there’s the notion of espresso.

In Italy, an espresso is a single shot of coffee, no water added. Recently I was at an upscale Mediterranean spot for brunch, one whose menu boasted they served only Italian coffees. That’s what I ordered. When the server brought it, it was a huge mug of steaming coffee. I thought he’d misheard my order in the restaurant’s din. “Oh-um-is this the espresso?” I asked.

“Um, yes,” he said. “We make all of our coffee with an espresso machine imported from Italy. So, yes, that’s espresso.”

“That’s how you make an espresso,” he said, and turned and left our table.

I didn’t have the heart to tell him that actually, in Italy, this drink would have been called something else altogether: a caffe Americano.

Some debates, I’ve learned, just aren’t worth having.