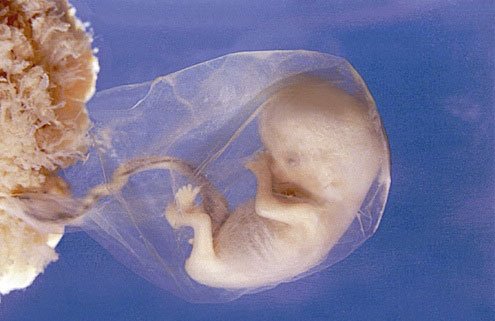 I was still on-track, calm and armed with the knowledge of everything from Wikipedia to Baby Einstein...
M

y Roman baby wasn’t built in a day… but he was conceived, carried and delivered in seven months, 17 days — which is quicker than most. I’m not bragging, just stating a fact. P.S. Expediency is not a bonus in the human gestation racket.

When I decided to have a baby, I tackled the task at hand knowing that this type of thing — pregnancy — could take some time. I gave myself one year.

Twelve days later I was starting my first trimester.

“This is crazy!” I screamed at the little blue stick with two pink lines. My eyes welled up with tears and my body swelled with the emotional range of an Oscar Winning Actress. I was elated and petrified; giddy and anxious. I began to hyperventilate.

My sister was with me to share the joyous (for her) and monumental (for me) moment. She asked, “What’s wrong?”

“But this is great news.”

“So why do I want to guzzle a gallon of wine and run as far away from that stick as possible?” For me the moment was surreal being that prior to the previous month, I had spent my entire adult life trying to avoid getting knocked up.

My sister was confused. “Are you happy? Or not?” she asked.

She quickly retorted with, “First of all, you’ve had 35 years, if you wait any longer your eggs will be too old,” no one could be as brutally honest as a sister. “And secondly, you can never be prepared for parenthood.”

HA! I thought. I am a planner. Okay, I am a control freak… but I know how to execute plans. And this baby thing will be no different.

So I started where any intelligent mother to be would: Google. I googled I until my fingers bled, the cows came home, my belly popped out and my doctor begged me to stop. Then I ordered books out the wazoo on Amazon, eyed every possible piece of baby equipment I desired, took a couple of birthing classes and then studied Italian vocabulary — specific to pregnancy and baby paraphernalia.

The wheels were in motion.

“We need to talk.” I said to Marco. It was midnight and I was 12 weeks into pre-mommydom.

His eyes grew wide and he swallowed hard. “Okay. Tell me.” Marco said hesitantly in his thick Romano accent.

“What is your philosophy on education? Do you prefer private or public school? And where do you think he should go to University?”

He cackled. “Ma, stai scerzando?” Are you joking?

He went back to reading his book.

“You’re serious? Righ’ NOW? It’s mezzanotte and the baby is more or less maybe nine chenty-metrys long.” He spoke in the bastardized mix of English and Italian we used for communication short cuts.

“Yes, now. These are important things that we as parents should be on the same page about.”

“Va bene.” He appeased me and we mapped out our scholastic projections.

Already, I felt like my parenting planning was going pretty well.

While I was constructing a human being inside my abdomen, we were also reconstructing the apartment we had just bought. Construction, in any country can be a nightmare — add some heightened hormones and a strict deadline and you have a recipe for some surprises. After hitting a few glitches — also a few rotting pipes, shorted wires and humid pavement — our contractors delayed our projected move in date. I didn’t let this get to me, I was still on-track, calm and armed with the knowledge of everything from Wikipedia to Baby Einstein. I rolled with the punches and continued my preparations. I bought a crib, had enough baby clothes for quintuplets and started my maternity leave which would give me at least six weeks execute the final stages of my production which entailed moving, packing my hospital bag and studying words like “spingere” and “respiri” (push and breathe).

For my first day of maternity leave I treated myself to a yoga class, which I thought would help prepare me for labor. And boy did it ever. An hour later, I arrived at Fate Bene Fratelli hospital with sky-high blood pressure and a yoga mat. No hospital bag, no health records… and certainly no plan for what was about to be. Hours later, my son came in to this world. With my plans obliterated, my baby now reigned supreme and my control freak self took a back seat as the wild, gorgeous and spontaneous ride began.