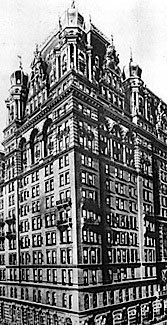 Humiliate when you can ...
H

ere’s how we get around to kissing. We’re at a conference on torture. The hotel is called Metropole. In the Red Room, slides are shown before cocktails: heads on stone floors, genitalia attached to electrodes, grinning men with uniforms and black hoods. There is cautionary slide, required viewing before the seminars, but it comes too late (someone has confused the order); it says, in three languages: “The following images are graphic.”

In the Blue Room, where we seek refuge, the film is called simply, “By Firing Squad.”

Older rifles flicker like holiday sparklers. Rows of men drop. The scene is repeated. The lecturer, from Harvard, recites a poem about freedom. He then begins a talk, which he calls “The Methodology of Victimization.”

It’s how you cope, he says. Always look at your accuser. This is important.

There’s another room, downstairs, the Crown Room. Getting there isn’t easy. There’s the guard, who checks badges. But he’s dozing. There’s odor of basement, damp as a forest, but this is the Metropole. No one complains about little breakdowns.

The Crown Room lecturer knows her, or seems to. He pauses, aware that we’re there. This is his lecture on the nature of natural power, the part where he cites the helplessness of wives, the vulnerability of children, the geography of prison cells. Starvation can be a tool, he says; so is humor, used to relax and betray. Torture takes all forms.

The Crown Room lecturer ends by wishing he were in the Red Room, where there’s the slide projector and the pointer. There, he could better illustrate the text.

And if he were in the Blue Room he could show the film called “Prison Ward.”

He smiles. He thinks he’s sly, or wry. After torture, you don’t complain. Torture stops all complaint. Embarrassment is fundamental. Humiliate when you can, but know when to appease. In the Blue Room it would all stand out more; it would be clearer to us. It’s a matter of the right tools, on which teaching depends.

The Metropole was built in 1934, after the jail was demolished. First, there was small hotel, more like an inn, she told me, but it did little business because the currency was week. The hotel was the product of its time: opulent, decadent, a triumph of facades. During the war, one wing was reserved for amputees, another, where the ballroom was, for illustrious visitors who might offset the bad news by dancing. An Italo-Argentine nobleman, a refugee called Don Pablo, taught the tango here, calling himself “rapacio,” which led to the hotel naming a gin drink after him.

For about a decade, in the 1950s, the Metropole was transformed into a mental hospital for the depressed and disabled, though the official title was “Clinic for Emotional Distress.” Shock therapy was the commonplace rehabilitation, called “electric singing” by the attending doctors. Even the son of the first president spent time here, when disgrace of that kind was called for. What an irony that the first president was also nominated for the Nobel Peace Prize.

The conference on torture is an annual event. It’s how we get around to kissing that isn’t.

There is the Red Room, the Blue Room, and the events downstairs. There is the ball, or dance, where the lecturers gather, before the music and the aperitifs, before the discussion of method, of right and wrong, of why some methods no longer work and others should be bypassed, placed on the list of the tortures once practiced but no longer in use. There is the “Modern Times” closing lecture, in which the head of the academy, who leaves the north only once a year — he turned 84 in June — summarizes how man’s inhumanity to man is no longer unruly, governed now by codes. He usually mentions the Middle East, and the Near East, the contempt in his voice harder each year. Barbarians, he says. He’s considered intolerant. But it’s an honorary position. He can’t live forever.

Sometimes, toward the end of the conference, a delegate, usually speaking under the national flag, will express gratitude to the United States. He always uses the words “stalwart” and “enlightened” and “progressive.” Americans, while here, are less likely to object, even the critics. There’s a sense of satisfaction, after all, in merely being considered progressive.

It’s when she gets despairing, when she says she really doesn’t know what’s to become of her, that it happens. Circumstances infiltrate judgment, and relax it. That changes her. Not so much because she’s romantic, mind you — that side has faded with time — or because I don’t know any better than to turn away.

No. It’s just that these conferences, like their medical counterparts, wake the dead.

It’s how we recognize we’re alone, and respond to it. It’s how after all these years without answers, the questions gradually more ominous and affecting, we get around to kissing.