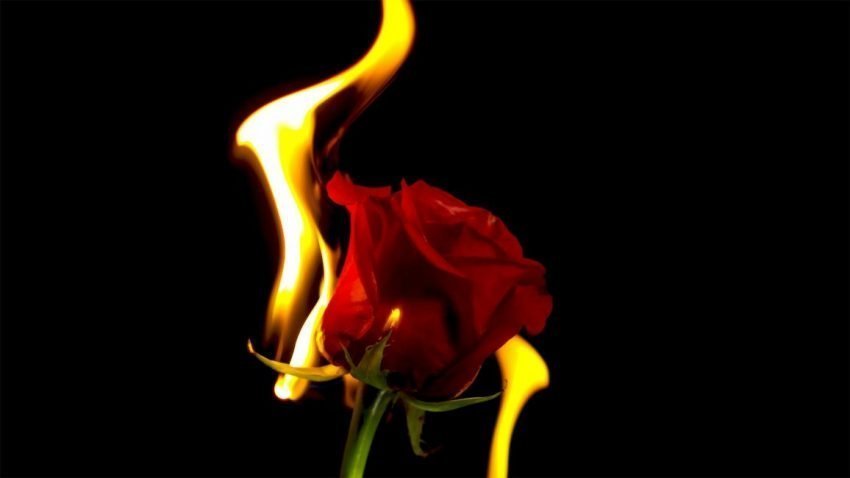 all is here. For some, autumn is associated with pumpkin spice and sweaters. For me, it’s the start of Japanese knotweed season.

That doesn’t mean I don’t like comforting spices and warm woolly things as much as the next person. It does mean, however, that those delights simply don’t excite me quite like the fading flowers of Japanese knotweed, an invasive plant that clogs a stretch of riverbank on my land.

But what is it about knotweed that makes it so exciting in the fall? Because those fading flowers tell me that knotweed has reached the point in its lifecycle when it is finally vulnerable to attack.

Japanese knotweed (officially known as Reynoutria japonica) was imported from Asia to Britain in the 1850s, where it was admired for its likeness to bamboo and soon exported to other countries. Originally cultivated as an ornamental plant, knotweed’s speedy growth made it popular for erosion control. By the 1930s, though, the wisdom of planting it was questioned. By then it was too late to stop the rogue plant, which has now found its way to 42 of 50 U.S. states and most of Canada’s provinces.

Autumn delights simply don’t excite me in the same way as the fading flowers of the knotweed, an invasive plant with a spellbindingly sinister quality.

In Japan, where various elements keep it in check, knotweed is harmless and appreciated for its attraction to honeybees. But when it left Japan’s shores, it became what international conservation organizations say is one of the world’s worst invasive species.

Knotweed illustrates perfectly what differentiates a non-native plant from an invasive one, both of which are imported into a new habitat. Non-natives co-exist and do not compete with native plants. Invasives, however, compete aggressively. They steal light, water, and nutrients from native plants, which they push out or even kill by poisoning the soil. Invasives also reduce biodiversity with knock-on effects for other organisms that depend on native plants.

Knotweed’s shade can even change water temperatures and affect the cycles of aquatic life. Knotweed, on my land, blocks a path that beavers use to reach saplings they feed on.

Not only does knotweed have no natural enemies here in the U.S., it also has unwitting allies. It loves wetlands and disturbed soil. The former, particularly our extensive riverbanks, are conduits for its spread. Construction and road work create disturbed lands where it thrives.

Knotweed also has economic implications. Its removal is costly, and its presence depresses property values. The U.K. has stringent rules and fines for financing or transferring property where knotweed is present.

A big component of knotweed’s success is its underground networks of rhizomes, which are virtually impossible to destroy. Roots from plants on one side of a four-lane highway have been known to reappear on the other side. Knotweed shoots can pierce blacktop and tear apart concrete if they get into a crack. If even a tiny piece of rhizome is dropped during removal, it can still propagate. In the U.K., knotweed is considered, and handled, as controlled waste.

After a summer of frustrating impotence watching my knotweed patch grow (it can add eight inches per day), the arrival of fall is my call to arms.

Knotweed’s one weakness is its uni-directional circulation. In the summer, the plants’ cells act as a highway carrying nutrients up. In the fall, the nutrient highway reverses to take nutrients back to the rhizomes. This is also an effective delivery system for poison.

As the blooms fade on the clumps of knotweed that crowd my riverbank, I assemble my arsenal of loppers and a spray bottle containing glyphosate herbicide (formulated for wetland), a foaming agent and blue dye. Although conservationists hate glyphosate, they prefer using it to letting knotweed go unchecked.

The history books have done well to teach us how it ends when a people can be convinced that other humans are a harmful weed.

One by one, I lop off stalks and spray their stumps. The foam keeps the herbicide from spreading to nicer plants, while the dye helps me keep track. Like a melodrama villain, I rub my hands and cackle gleefully with each cut and squirt. “Take that!” I crow as the poison begins its journey to the plant’s nerve center.

I’m making inroads on the insurgent. After three years of battle, the enemy no longer sends its best troops. No more stalks over ten feet high and two inches thick; the replacements are smaller and weaker. Some clumps are reduced to woody hummocks that I can dig out with my shovel, which is equipped with a cutting blade and saw teeth. Where I’ve failed to apply enough weed killer, the returning plants have mutated. Although I’d prefer a complete kill, I’ll settle for the mutants’ twisted, spavined leaves and limp stalks.

I face several more years of this annual campaign, but I can’t let up. Knotweed rhizomes can survive and regenerate up to twenty years.

Knotweed has brought me one disturbing benefit, however — insight.

My eyes involuntarily seek it along every road and empty lot I pass. Identifying a mound of green knotweed provides a jolt of anger and revulsion. The jolt is disturbingly satisfying, which helps explain how people will seek and even become dependent on hatred. it. This kind of jolt is how people learn to fall in love with hate.

Knotweed is just a plant, but it offers me a depressing glimpse into how “good people” can do awful things. Convince them that other humans are little more than harmful weeds and the damage is done. History books show us that it works.