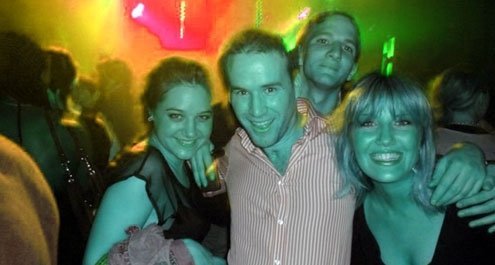 The usefulness of youthfulness....
E

ver since I turned 25 or so I’ve been making a concerted effort not to get old. I try to avoid expressions such as “Kids these days…” because I still remember what it was like to be a kid in those days. People who use such expressions are undeniably old farts by my lights, and that is my working definition of “getting old.” In the back of my mind is always Socrates skipping rope with his nieces, a pretty good example — however fanciful — of the usefulness of youthfulness.

Last weekend we were at a wedding (not ours) in Perugia. At the reception lunch, they stuck us with the over-60 crowd, which I tried to view as an opportunity to familiarize myself with lesser-known points of view. I no longer have living grandparents, and I don’t hide my fascination when Italian octogenarians tell of the bombing of San Lorenzo or of having killed a Nazi or two in the hills outside Rome back in the day. But this time conversation was less poetic. I was roped in by a woman whose face resembled an old football. She had quick, intelligent eyes. What pearls of wisdom might fall from her lips, I wondered?

“I giovani di oggi…” Kids these days, again. This time I wasn’t going to take it lying down. “Kids these days what?” I rebutted. The answer was even more savage than I imagined. “They have no values, no morals. They don’t know right from wrong. It’s the parents, though. They no longer have time for their children.”

I debated with her for 20 minutes or so. I offered myself as an example (I often seem to make a handy one) of a person who grew up with working parents, who spent time in the afternoons alone after school amusing himself in front of the television, and whose friends largely did the same. Granted, many of my “friends” from those days ended up with a criminal record, but this cannot be easily blamed on too much self-reliance.

“Americanate,” she tore into me. American children may be expected to be self-sufficient for a few hours a day while their parents wile away their lives making a living, but this certainly won’t fly here in Italy. Apparently, an Italian child should drink its mother’s milk until the ripe age of 40 (I know some that do), or until the mother is old enough to be spoon-fed lukewarm minestrina by her unmarried, live-in offspring.

“But do you really believe that things were better in the past? Were people more moral, were they better people?” I was pleading for an answer that would allow me to rationalize my time spent listening to a woman hell-bent on insulting me.

“Assolutamente.” I should’ve seen this one coming. At this point I desisted, put on my most charming smile, and filled my mouth with truffles.

What was to be learned from this encounter with the terza età? Is humanity headed downward in an endless spiral, destined to devolve, each generation more immoral than the last? What do we mean when we talk about morals? Do I have the same morals as an eighty year-old woman from Perugia? Are we talking about real morality, or the Ten Commandments?

I suspect, however, that we do not all have the exact same criteria as to what constitutes a moral life. This I gleaned from her facial contortions when I affirmed that both my parents had been married three times. Another americanata, to be sure, perhaps the worst of the bunch. However much we agree on basic principles of good conduct — don’t steal, don’t murder — there is still much that separates us. Had I told her that I am both Jewish and an atheist, and that I have homosexual friends, I wonder if she would’ve fallen out of her wheelchair. Of course, I understand the power of taboos. I wanted to have a serious discussion, not shock the poor woman to death.

To her credit, she did tell my wife and me that we were a good-looking couple — like the Obamas. She caught me off guard, and I wondered what lurked beyond that remark. I’m still getting used to people waving the American flag instead of burning it.

As she was being wheeled out to her car, my elderly new friend reached up, pinched my cheek and intoned: “You’re a good kid. You’ve got a clean face.” With those words, she disappeared into the sunlight. I felt oddly vindicated.