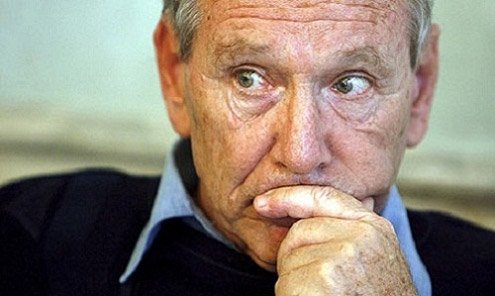 Amos Oz's kibbutz-situated "Between Friends" is a kind of prequel to his 1982 "A Perfect Place."
A

fter 1982’s “A Perfect Peace,” “Between Friends” (Chatto & Windus: London, 2013) is the second kibbutz-focused fiction by Israeli author Amos Oz. Significantly, this two-decade prequel to “Perfect” is set in the 1950s, the early years of David Ben-Gurion’s Zionist Socialist State. Underlying it is a dedication to kibbutzim as a means to unequivocally re-affirm the universal value of Israel’s founding dream: equality and peace, for all.

Set in fictional Kibbutz Yekhat, the eight short stories are panoramic take on the settlement’s varied residents and their many human dramas. As their recollecting narrator, Oz has clear-eyed recognition of fault lines already present in Israeli’s brave new world. The interdependent tales bristle with conflict: between individuals and the severely conformist Kibbutz.

The opening story, “The King Of Norway,” highlights kibbutznik Zvi Provizor: 55, short, with a habit of blinking. “He was our gardener… he made our Yekhat blossom…” But, “He loved to transmit bad news.” His daily conversation pieces are earthquakes in Anatolia, floods in Germany, the death of the King of Norway. His timid life — he is afraid to touch or be touched — reflects a subtle echo of the constant menace suffered by Jews over centuries and that continued after the formation of Israel in 1947. Fellow settlers shun Provizor’s suffocating disaster-announcements. Yet they tolerate him, in part because he’s an equal, a fellow, one of their agricultural commune; or perhaps because they can too easily imagine the private nightmares that haunt him.

But we’re never told his back-story. In fact, Oz reveals no pre-Yekhat information on any of these early settlers. At most, we learn that one eternal border war or another has left them widowed. But what brought them to this barebones, subsistence life? And if their pre-settlement histories are vague, why are their feelings so oddly muted? Have they been dried out and exhausted by the blazing desert sun or washed out by conformity?

Private emotions submit to kibbutz priorities. In these first communes, children belong more to the kibbutz than to their parents. This causes heartbreak because people are jealous of their “property,” and must learn to do without.

In the title story, Nashum Aservov’s 17-year-old daughter Edna leaves her dormitory to live with her 55-year-old teacher, David Dagan, her old friend in Yekhat. But the father’s heart mourns: David is notorious. He’s had, and left, so many women. Nashum goes to Dagan’s cottage to retrieve her. But the new couple welcomes him warmly. They’ve been waiting for him to come to his senses and accept the new situation. And finally he does, in silent resignation. After all, Edna never had “belonged” to her father.

That the near-Marxist rules of a kibbutz (Hebrew for “cluster”) can crush individuals is made clear in the story “Deier Ajloun,” the name of a hilltop of Arab ruins visible from Yekhat. In retaliation for an earlier raid on the commune, it’s been wiped out. Teenager Yokam Nashil takes a night walk to the ruins to ponder a problem: a rich uncle in Italy has offered to fund his university there, an offer that criminally offends several basic kibbutz rules, including the rule that all gifts go to the community, never to an individual.

Aside from the assonance of their names, Yokam in many ways parallels Yonaton, the young protagonist of “Perfect.” Both secretly flee their settlement to spend the night alone in desert-like surroundings, purifying their thoughts before returning “home.”

Like Yokam, most of the protagonists in “Between Friends” renounce private wishes for settler ideals, including the abolition of private property of any kind, dedication to self-sufficiency through shared manual labor, and the routine of communal meetings to discuss regulations. These are true believers. Yet waves of sadness flow through them. As if such severe hopes — and demands — have shrunk both mind and heart.

But Oz is convinced, powerfully so, that kibbutz life will lead to a better world. The price the settlers pay is private sacrifices, a situation imposed on Jews by the outside world and the course of history. As Dagan explains to Yotam: “…every Jew of the generation that witnessed the Holocaust … must see himself as mobilized in a cause.”

Oz himself dedicated his life to the kibbutz dream. He left home at 15 to join agricultural Kibbitz Hulda, which provides the framework for Yekhat. Such kibbutzim stand for home and family in the deepest sense. Oz’s incisive tales lead his reader into the depths of this personal conviction, and the subsequent, and continuing commitment to Israel’s founding promise.