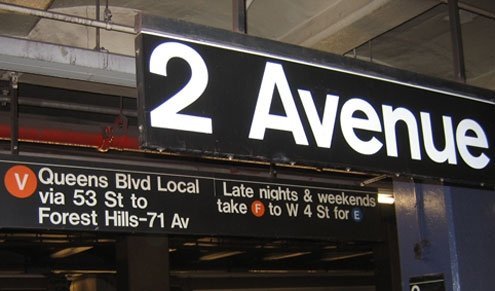 Give an avenue a chance and it can blur the lines.
S

he’d only been at her new job for a month when she broke “the” rule. Sure, there were plenty of rules — procedure is the more appropriate term — but sleeping with business clients was most certainly against the rules. Granted, he wasn’t exactly a client, and three days after it happened, she closed a deal she hadn’t expecting to.

Did that make it all right? Maybe.

And, to be fair, the two of them had been exchanging glances for nearly two years, well before this block of Second Avenue became strictly business.

He’d first caught her eye from behind the bar, a mess of black curls and glowing coal black eyes. He spoke with a Sicilian accent that slurred in all the right places. He served her an espresso as she typed away in a corner. It later became a soup and salad, and later a glass of his favorite Aglianico.

She left the café smiling in all the right places.

Months later she was rushing past the café and noticed the first tables out for warm weather. Pleased, she paused, wishing she had more time to enjoy the springtime. She told him so and he winked.

He said to come back soon.

On occasion she did, usually with friends. They shared smiles from across the bar, and later from across the room when she was emerging from the ladies room, freshly glossed and glowing slightly (knowing he might be watching).

The next time their eyes locked. She’d entered the café and sat down at the bar for a cappuccino on a chilly afternoon. She wasn’t expecting to see him. When he came up from the basement balancing a tray of croissants on one forearm, he shifted slightly at the sight of her and held on with both hands. She smiled into her cup and felt him approach the bar before she ever saw him. He offered her half of one and devoured the other one in two rather savage bites.

Something about him made her nervous. She wiped imagined crumbs from her lips while they spoke.

“I didn’t expect to see you today,” she said.

“I’m here from 3 p.m. to closing…” His lower lip curled in. Every day, he added, except for Sunday and Monday.

“Hmm,” she said, looking left, then right, and then right at him. He stood his ground and stared back, shoulders squared.

When she finally gave in and sighed (revealing everything), he went back to work, peering in her direction every so often. The neckline of his banana yellow tee shirt hugged his pectorals, and the sleeves moved up and down with every bend of his bicep. When she asked for the check, he just laughed.

Several months later, somewhere toward the end of summer, she was headed home from an East Village BBQ. The moon shone high, igniting the still warm night, and she welcomed the breeze on her bare back. The skirt of her dress fluttered around her thighs.

She slid onto a stool and waited for him to notice. His whole body brightened at the site of her. She could feel little stars shining around her face and knew she was probably red. It didn’t matter.

“I’m selling wine now, you know.” She set her chin on her hands and slid him the portfolio she always kept folded in her bag.

“Give it to your boss sometime, would you?” She winked at him.

He jammed the papers into his back pocket, in the process pulling his waistline low and tight. She followed the delicious rivulet of his abdominals with her eyes. He noticed.

This time she didn’t leave. And he kept it no secret that he would finish before 1:30 a.m.

She kept the company of fellow night-cappers at the bar and shared a midnight sandwich in bites when no one was watching.

This time crumbs did catch on her lips, in the space where her neckline dipped low and in her lap. He brushed them all away, safe in the shadow of the wide bar and the low lights.

When the final customer cashed out, they caught a cab together without discussion. Once inside, he put his hands everywhere else.

The driver asked them where they were going and they both laughed. Anywhere was the right place.

In the end they chose Williamsburg — where he lived — just in case.