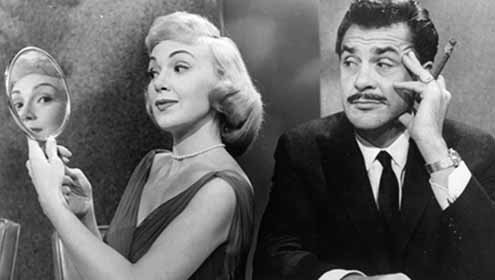 I somehow made people, even complete strangers, comfortable enough to confide in me…
L

ast week, while meandering through the organic freezer section of the supermarket contemplating frozen chickpea curry wraps, an older Ukrainian woman held one up to me and asked in her thick accent, “What do you think? Should I try it? Do you like it?”

“Ummm, they look pretty good to me. I might try one,” I said.

“I’ll try it too,” she replied, tossing one in her cart and moving along.

This exchange wasn’t uncommon for me. Strangers have talked to me for as long as I can remember. They’ve also asked me questions. It runs in my family. My father, who’s an introvert but not shy (like me), has the same effect on people. He responds and so do I. I try never to ignore anyone, which doesn’t mean I have all the answers, or even one. I just recognize that some people just need to talk, or be heard, so I listen. I see it as respectful.

Whenever I don’t want to be bothered, I avoid eye contact. I always feel a little guilty, but sometimes quietness and privacy matter.

My spontaneous advice-giving extends to friends and co-workers. I often get texts that read, “Hey, got a minute?” I usually do.

A few months ago a friend asked me for relationship advice and told me she appreciated what I had to say. I should start a question and answer column, she suggested. But I balked. “I’m no Dear Abbey.”

That trigged my new pet project. I started taking notes whenever anyone asked me something.

It wasn’t until I actually compiled the questions that I began to see a pattern. I apparently made even complete strangers comfortable enough to confide in me — even though my own relationship record is less-then-perfect, I struggle as a mother, I can lack patience, and I hold no degree in counseling.

But I’m finally taking my friend’s advice. From now on I’ll be sharing some of the questions along with my answers. There have been basic ones, graphic ones, and a few downright complicated ones. Perspective is fascinating. So is variety. You’ll find both here. Some details may offend you, disgust you, or make you laugh. But what really matters is that they make you think.

• Q: So I’ve been dating this guy for a few months and things have been going really great. We spend a lot of time together and are both totally thinking, and have discussed, making this a long-term relationship. There’s one thing though — he spends a lot of time texting a few women friends, ex’s, and even sends them flirty little kissy-face emoticons, and they respond in kind. I’ve also noticed that he doesn’t have any male friends outside of work. On the one hand, he’s been honest and doesn’t hide it from me. He’s told me about his past crushes, especially on a “beautiful” ex-neighbor who just wanted a flirty friendship with him. On the other hand, when I told him it made me uncomfortable he got angry and told me “Couples need to trust each other no matter what,” which made me feel like a jealous and silly little girl.

I want to be open to opposite sex friends and be that cool girlfriend, but it’s really bringing me down. Am I being stupid here? I mean, he is dating me and not them after all. What would you do?

• A: Don’t we all want to be that cool girlfriend, the one who doesn’t really care if he calls or not, talks to other women or not, commits fully or not? After all, we’ve got our own “cool girl” busy lives. Little things like kissy emoticons to other women, texts from ex-neighbors, and even ex-girlfriends are totally cool. Chat it up, my man. Did I mention how patient and cool I am?

Now then, on to the real world.

If you hadn’t already told him he was making you feel uncomfortable that would have been my only advice. “Talk to him,” I would have told you. But you’ve done that.

So where does that leave you? Do you really want wake up every day feeling a little less cool and a little more needy, bit-by-bit questioning your emotional security as a woman?

I don’t recommend it. At all.

But there’s a bigger question here. You didn’t freak out on him. You maturely explained your uneasiness. You shared your vulnerability. And he blew you off. Is this the guy you want to share your life with? Was his angry disregard for your feelings respectful? Or was it perhaps an indication that he’s not ready for a committed relationship and needs more time (who knows how much more) to stuff himself with attention.

Consider the kind of partner you want. What if after hearing your uneasiness and concerns he’d decided to wean himself from his feeder fish (as I call them) and put more effort into your relationship? That would have felt pretty amazing, wouldn’t it?

But that’s not what he did.

What would I do? I’d take a good long look at my own emotional needs and consider what you’re really willing to put up with in a partner.