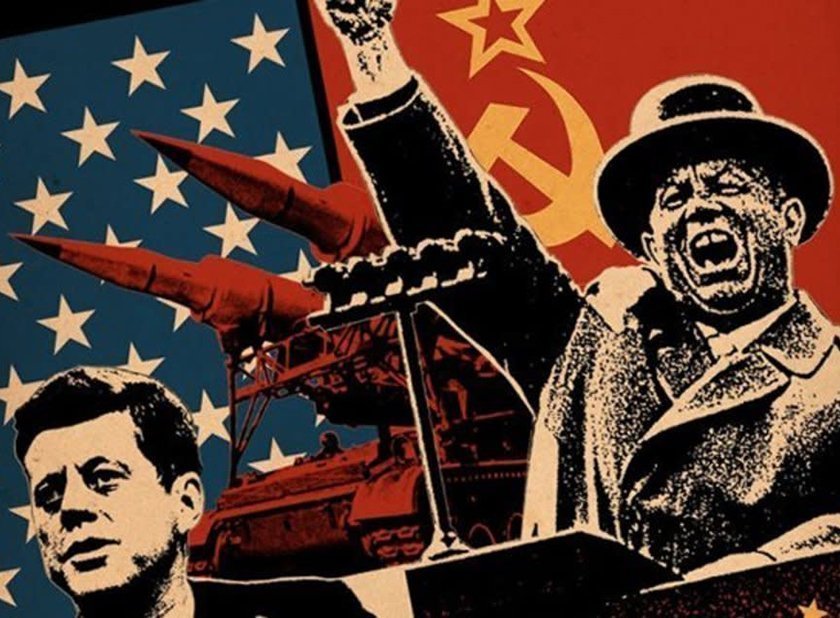 Russia is no Iraq or Afghanistan. It is a superpower equal to the U.S.
T

hese days it feels like the Berlin War never came to an end. Permeating American and European mass media is speculation that Cold War-style tension over Ukraine, the former Soviet state whose very existence remains a sore point for Russia, which less than a decade ago cut through sovereign land to ensure it could maintain control over its one salt water port, Sevastopol, where most of Moscow’s navy lies at anchor. 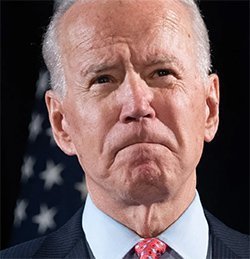 Memories of the Cold War rivalry between Washington and Moscow are not lost on Joe Biden.

Moscow’s 2014 annexation of Crimea (whose Black Sea port is its jewel) brought American-Russian relations to the lowest point in decades, with then-President Barack Obama issuing stern admonishments to cagey adversary Vladimir Putin. But things went no further. The War on Terror still maintained a stranglehold on strategic concerns and Putin, so far true to his word, insisted he had no interest in occupying the whole of Ukraine by force. Russia simply had too much to lose by precipitating a firefight that could escalate into something far more menacing. While Biden, a longtime Ukraine advocate, had developed a layered friendship with the Kiev hierarchy, Obama, far less devoted to matters of foreign policy, had not — in fact, had Biden been president in 2014 he very likely would have taken a far more severe position on the Crimea takeover.

What then has changed over eight years?

Certainly not enmity between Kiev and Moscow, by now a two-decade-old constant. The Russian threat was in fact enormously helpful to Ukraine in receiving special treatment from the West and NATO. It built itself into a symbol, and potential victim, of new age Russian imperialism, coming to be perceived by some as a Western Vietnam, a Russian stepping stone in a bid to revive Soviet grandeur. Little mention was made that Ukraine has hinterlands population as friendly to Russia as it is to its own politicians. Western theorists openly grew concerned about a Russian Anschluss, the Nazi German annexation of Austria which soon extended into Czechoslovakia Sudetenland.

A sentimental man by nature, Biden feels duty-bound to put Tsar Putin in his place and force Russia to stop playing strategic games along Ukraine’s border.

Biden worried about all this but was unable to convince his boss to take it seriously. And that seemed to be that, with Biden a helpless vice president destined for the political scrapheap.

Cometh the presidency of Donald Trump, who had little interest in Russia aside from admiring Putin’s strong-arm tactics. Trump’s admiration for Putin laid the groundwork for allegations that Russian agents, using Facebook and other social media platforms, had helped poison the waters for Democrat Hilary Clinton. Among liberals, Russia regained its bad-guy tip top with Putin as Darth Vader.

Trump, however erratic, behaved in decidedly pro-Russian terms, calling down NATO (even threatening to leave it) and focusing his attention on North Korea, at the time busy playing with malfunctioning rockets. His “America First” policy didn’t come with a Ukrainian brotherhood obligation, leaving that previously focused on nation to dangle in the wind. In the period between the Sevastopol crisis of 2014 and the end of the Trump presidency, little was said about Ukraine.

Until, that is, a desperate Trump tried embroiling his new Democratic adversary, Joe Biden, and one of his sons in an alleged insider scheme that brought untold riches, at least according to fib-a-minute Trump. Nothing was proved (aside from Biden’s clear fondness for Ukraine) and that natter also fell by the wayside when Biden ascended to the White House.

History contains its fair share of irony and providence, and for Kiev the elevation of Biden was a wave to ride — this time with tsunami force— into Putin’s provocations. He could (and has become) the Cold War restorer. He could (and is) overriding the forces that previously restrained him from confronting Russia directly. A sentimental man by nature, he feels duty-bound to put Tsar Putin in his place and force Russia to stop playing all manner of roiling strategic games along Ukraine’s border, games defined mostly by bluff and bravado. Here was Biden to fix all that, so in many respects this is Biden’s crisis, not Putin’s. It is the American president, not the Russian one, who is determined to prove himself as savior and regional protector. The Western press’s endless emphasis on bad guy Putin fails to take into account the ax Biden himself had to grind on this specific policy matter. To use the vernacular, Ukraine was Biden’s baggage.

But he could not act immediately. By early 2020, just after his inauguration, COVID-19 was the planet’s only concern. Even Russia itself was locked down.

Only after the worst of the virus scare did Biden begin looking back to his old friends in Kiev, once again embroiled in worries about new Russian ambitions, in essence reheated versions of what had been said before.

But Biden wasn’t and isn’t like his immediate predecessors. At nearly eighty, he remains a true child of the Cold War period, coming of age during the 1962 Cuban Missile Crisis and entertaining presidential ambitions at about the time his Republican adversary, then-President Ronald Reagan, was busy calling the Soviet Union “the evil empire.” Biden was schooled in such thinking, and also already a Washington politician when Moscow spoke of détente while secretly sending strategic ballistic missile launchers, SS-20s, to East Germany. He watched as Moscow outplayed and fooled President Jimmy Carter, a member of Biden’s party.

Berlin Wall aside, Biden never got Soviet Russia out of his head, and now, faced with new Russian gamesmanship concerning Ukraine, has responded as any good Cold War warrior would.

Knowing Trump both weakened and embarrassed NATO, he has worked to mend those fences, at times speaking of Putin’s Russia as a nation still in the 1940s. He has issued warnings and backed them up with cash for military hardware to Kiev, as well as a promise to buttress all Russian neighbor states with American troops so those nations feel less put upon by the Red Army — which in fact no longer possesses the kind of potency it did fifty years ago. While leaving Afghanistan in the lurch, he has told Kiev, Warsaw, and countless others that America is at the ready to help.

The question then becomes at the ready for what, exactly? A Cold War-fashioned Russian (read Soviet) invasion of Ukraine?

If so, that might mark the beginning of World War III, because such an invasion would wreck Europe as it now exists and no doubt eventually call for the use of tactical nuclear weapons. No drone game can be played with Russia. Go to war with them and you invite conflagration, since the presence of foreign troops on Russian soil would inevitably trigger the residual nationalism that stands up for the motherland no matter who its leader. Play rough with Moscow and it will play rough back, all the more if seemingly cornered or made poor by Iraq-style boycotts.

Flirting with war in eastern Europe is a zero sum game: no one would achieve anything but horror of the kind that bears no comparison to the coronavirus pandemic.

The question then becomes at the ready for what, exactly? A Cold War-fashioned Russian (read Soviet) invasion of Ukraine?

The Biden-Putin skirmish can to some seem like a return to the political “normal,” with two of the world’s most influential players again at each other’s throats. The down side to playing such game, and it bears repeating, is that Biden comes from an era in which war with the Soviet Union was a real possibility. Then it was golden American capitalism versus rude Russian communism. Ideologies aside, it’s now more like an old school American president seeking to remake the pre-Trump world just as it was, with NATO pre-eminent and Putin as the stand-in villain for long-departed Stalin — never mind that Putin’s coercive hold on Russia is less powerful than it was a decade ago. He is closer to the end than the beginning, which in turn makes his moves less predictable.

Biden may be playing at that as well, openly challenging his adversary in hopes of accelerating changes within Russia itself. If that happened, Joe Biden would be seen by some as the Uncle Joe of this century, replacing Uncle Joe (Stalin) of wartime days.

At the same time, this not a contest between the democratic free world and communism. It’s a squabble over a small post-Soviet democratic country with no particular geopolitical utility to the West. Not so for Russia, since Ukraine is not only the path to the Black Sea but a former member of the Russian club that outside Kiev still contains plenty of subscribers.

Biden can push all he wants, but he’d be wise not to push too hard (and righteously lionizing besieged Kiev freedom0lovers can be a bit much months after abandoning Kabul freedom-lovers to an assortment of predators). Making amends for the loathed Trump is one thing, forcing Russia onto the defensive quite another, since to do so will create a repeat of 20th-century Cold War scenarios. Only this time Russia no longer has puppet states whose earth it can scorch against invaders. Now, the real thing — direct fighting with Russian troops — would occur imminently.