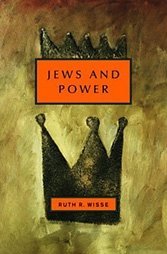 This book could alternately have carried the title “Jews Without Power,” as it primarily investigates the question, “How did the Jews get to figure so prominently in the sights of precisely those regimes that threaten the rest of the world?”

Wisse prods for answers in the Book of Esther, finding in its notorious lack of any reference to God the kernel of modern Zionism: if Jews are to survive, they’d better take things into their own hands. She doesn’t dwell on detail, but rather barrels through the last twenty-five hundred years of history illuminating significant examples of how the Jews survived despite so many adversaries pitted to destroy them. For a nation lacking a country, a means to self-defense and political sovereignty, this was not a simple matter. They had to be useful to those in charge, and they were. But tolerance is temporary, and Jews proved a useful scapegoat whenever one was needed.

The list of pogroms and expulsions is endless, and Wisse finds much to criticize even today among Israel’s detractors, who have ensured that the Jewish State assumes the status of — in Alan Dershowitz’s phrase — “Jew of the world.” By ceaselessly assaulting Israel’s legitimacy, they divert attention from their own abuses of power. To scapegoat the Jews is — Wisse reminds us — anti-Semitism, “arguably the most protean force in international politics.”