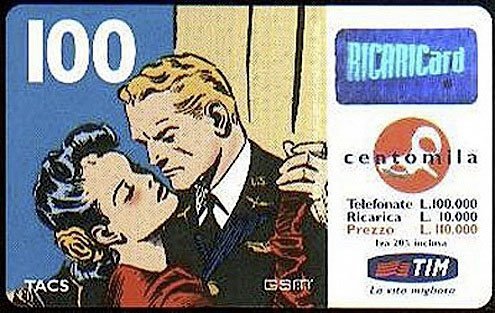 never considered myself the jealous type. In fact, back in the day, I used to think that jealous acts of rage were a huge turn-off and just plain immature. In high school, I once had a boyfriend who’d explode every time he saw me in a mini-skirt. Boyfriend “A” would pick me up, see the skirt, throw a fit, and demand I change. It was cute at first, but it got old quickly. He didn’t last very long.

My next boyfriend was no better. The funny thing about boyfriend “B” was that he wasn’t jealous when we were together. His rage came when we were apart. I broke up with him when I found out that he’d cheated.

At the time, the break-up seemed amicable. That is, until I started dating other guys. Boyfriend “B” threw a fit. He somehow always seemed to show up at the location of my “first dates.” He “just happened to be in the neighborhood” one night as I was leaning in to give my hot surfer Californian boy a kiss good night in front of my house. Out of nowhere, “B” shows up and demands explanations. Um, duh. Let’s just say that surfer boy didn’t want to ride this wave a second time around. After those experiences, I vowed never again to get involved with anyone who was even remotely jealous.

That was B.F. (Before Fabio). When I started dating Fabio, the tables slightly turned. For the first time in my life, I suddenly found myself being the jealous one. Not that Fabio ever did anything to make me jealous. Except for one thing. He was born Italian. Don’t get me wrong. Italian men do have some good stereotypes. They’re romantic and good lovers. But that’s just the thing. It’s the Latin Lover in them that’s also dangerous. Take the TV series, “The Sopranos” for example. Just about every Italian male in that show not only has a wife but also an amante (lover). Even in many Italian movies, it isn’t uncommon to see a man that cheats. Now, Fabio actually refuses to watch these movies with me because he says I always relate him to one of the actors in the film.

His mother doesn’t make things any better. She’s constantly reminding me of how handsome her son is and that he looks like an actor. ”Look at how handsome my son is,” she’d say. “He looks just like Antonio Banderas.” Um, not really. She’d also tell me that all the young girls in his hometown go to his office (he’s a dentist). “You don’t think they go to him just because he’s a good dentist do you?” she’d say. Wink, wink. This bothered me at first. Now, I just to shrug it off.

The one thing that drove me absolutely insane was text messages. Especially after reading in an Italian newspaper one day that more couples break up over secret racy text messages. After reading that article, I began noticing that Fabio received a lot of text messages. He has a ringer that signals him every time he gets an SMS.

One day, I casually mentioned that he seemed to receive a lot of text messages. “Yeah, they’re all sports related,” he said.

Hmm. Sports related, I bet. I wasn’t too convinced and was determined to get to the bottom of it.

The next time his phone went off I grabbed it from him. I opened it hoping to find the incriminating evidence.

It read: TIMSPOT: AC Milan-Juventus 1-0. TIMSPOT is a free sports news text messaging service sent by his cellular phone carrier, TIM mobile. In fact, all of the other messages that followed were from TIMSPOT.

Looks like soccer is what I should be jealous of, not women.