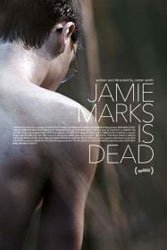 Minus haughtily surreal trimmings, writer-director Carter Smith’s film is a Petri dish of fairly typical teen-year meditations, topped by the dynamic duo of sex and death, with a 21st-century side helping of sexual orientation and suicide. Jamie Marks (Noah Silver) — a Harry Potter look-alike — is a weakling high school student found dead by fellow Gracie Highsmith (Morgan Saylor) near a half-frozen riverbed. Jamie was the boy who was mocked and abused by class bullies.

Enter Adam McCormick (Cameron Monaghan), a sensitive, enigmatic classmate who mourns Jamie’s fate, all the more so when he hooks up with Gracie, who is constantly visited by Jamie’s walking ghost. Gracie turns away, but not coming-of-age Adam, can’t get enough of his new other worldly friend. Adam’s own alienation— from his crippled mother and disdainful brother — give him a loving affinity with the (apparently) friendly ghost.

Ever heard of eloping with the dead? Well, welcome to it, and perhaps a new subgenre: the art house ghost story about gender identity and afterlife bonding. If only the fractured and unconvincing whole got past the shell of its characters, which it never does. Based on Christopher Barzak’s 2007 coming of age novel “One for Sorrow.”