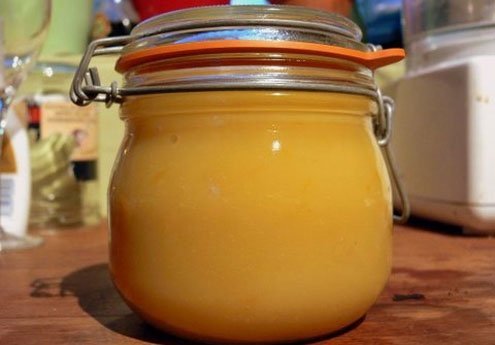 y Italian countryside neighbors have always been generous with their advice on just about every imaginable topic, from childcare to pig breeding. I don’t wish to sound ungrateful but it can on occasion become a little wearisome, especially when the advice is on a topic you actually know something about.

Can an 84-year-old man really know more about giving birth than the mother of five children?

It’s not just happening to us, of course. I’ve always felt for local employees mending the roads or the guys doing exterior building work in our nearby town. As soon as the orange protective fence appears, so does a small crowd of old men. They are there just of offer advice. On big jobs, I swear they set up a rotation.

But it’s all well meant, and normally we smile our thanks and beat a hasty exit. On one occasion, however, my husband could bear it no more and resolved to prove that we were not the complete idiots everybody was apparently taking us for (enough advice can make you feel like a know-nothing).

On our bottom field is an unidentifiable fruit tree that yields the most God-awful fruit I’ve ever known. It’s so bad that even the pigs won’t eat it — and when you consider the range of what they will eat, almost anything, it’s searing condemnation. So when a particularly bossy town lady, who was visiting the fields with her daughter, began berating us for not turning it into jam, my husband snapped and began lecturing her on just how we make jam, all the fruits we use, and why we’d decided to dispense with the mystery fruit (this, amusingly, from a man who has never made jam in his life!) Somewhat taken aback, she recovered and went ahead with a spirited description of how to make jam. He also shot this down, telling her Italians cook their jam far too long and that British jam-makers favor a rapid boil (he must have read that somewhere).

She was just about to counter yet again when he stopped her and insisted that she come up to the house for a jar of my best plum jam. He gleefully sent her on her way. Had it only ended there, but it didn’t.

What followed can only be described as an undignified Jam Off. The next time we went into town the bossy woman was lying in wait with a jar of fig compote. My husband tried, but it only made him surer of his jam ground. He smugly insisted on taking her a jar of blackberry and apple jelly. Ah, but she had been saving up the big guns. Pre-empting his visit, she placed a jar of very fine strawberry jam in my car — this she’d done stealthily while I was picking the kids up from school. Even my husband had to concede the jam was good, and went quiet for a little while.

I thought it was all over but in fact he was simply biding his time. The next time I made a batch of lemon curd I caught him stealing a jar and dashing off up the road to town with a crazed look in his eye. Fortunately, that was the end of it. She backed down. My husband still considers this a great British victory, up there with Waterloo.

So if your confidence is being shaken by opinionated neighbors here’s my silencing recipe.

Since I have a large family, I tend to triple the ingredients. Also, the curd doesn’t last long, so unless you’re planning to start your own jam war, use the smaller amount first.

— Put the butter, sugar, finely grated rind, and the juice from the lemons in a basin and place over a saucepan of simmering water until the butter melts and the sugar dissolves. Stir occasionally.

— Whisk the eggs and then add the mixture to the basin, passing it through a sieve.

— Continue stirring over low heat until the curd thickens.